The film is a political drama that shows the friendship between a Hindu boy and a Muslim girl. The boy is killed by extremist elements. 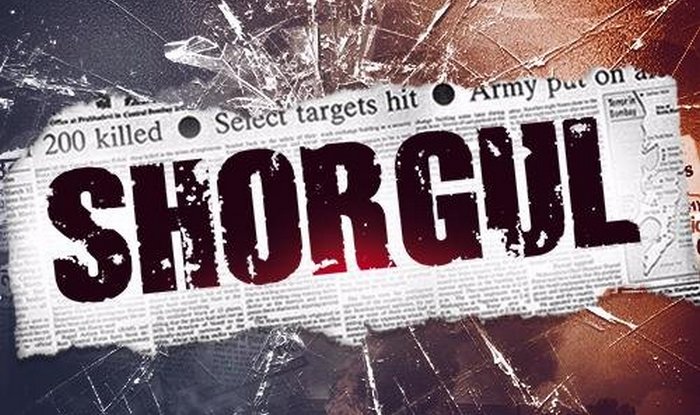 If the negative happenings in the nation for the past year have been affecting you in some way or the other, whether it is the intolerance debate or the things related to it like beef ban, women banned in temples, and the like, then the Jimmy Shergill movie Shorgul might be of interest to you. The movie’s motion poster has released today and its trailer is releasing on Thursday, May 26. What is the film about? Also Read - Amitabh Bachchan Sends Best Wishes to Rishi Kapoor For Film Jhootha Kahin Ka

Well, the Shorgul motion poster does not reveal any actors, but plays on the intolerance debate that made headlines in India – whether it’s politicians talking about it or the comments made by Bollywood superstars Shah Rukh Khan and Aamir Khan. (ALSO READ: Open Letter to Aamir Khan on his casual remark on intolerance in India) Also Read - Rishi Kapoor to Make Comeback to Silver Screen With Jhootha Kahin Ka, First Poster Out

The film is a political drama that shows the friendship between a Hindu boy and a Muslim girl. The boy is killed by extremist elements. This inter-religion friendship is reminiscent of the inter-caste love story in the recent Marathi film Sairat that has broken all box office records.

Shergill was recently appreciated in the hard-hitting film Traffic, co-starring Manoj Bajpayee, and is likely to be the top performer in Shorgul as well. He plays a politician in the film and his character is grey. He said about the film, “Shorgul is a story that I strongly think should reach the masses and create a conversation amongst the youth.”

Shorgul is produced by 24FPS Films and also stars actors Hiten Tejwani, Eijaz Khan, Ashutosh Rana and Sanjay Suri, among others. The film is set to release on June 10. Religion or humanity –