The actress, who is loving all the attention she's getting with her latest release "Ek Villain", says she has no regrets about her past choices. 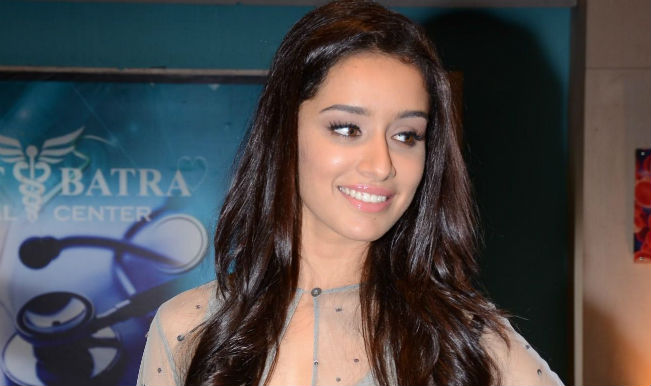 Mumbai, Jul 5: Shraddha Kapoor, who began her Bollywood journey with films like “Teen Patti” and “Luv Ka The End”, made it big only with “Aashiqui 2”. The actress, who is loving all the attention she’s getting with her latest release “Ek Villain”, says she has no regrets about her past choices. Also Read - Looking for Some Fitness Motivation? Shraddha Kapoor Home Fitness Routine Will Amp You Up

In an interview, the young actress speaks about her journey, her films and future plans: Also Read - NCB Confirms 'Many Bollywood Celebs on Radar' And Their Phones Are Under Surveillance

Q. “Ek Villain” has got huge attention from the public and the press.

A. I was more excited and nervous about “Ek Villain” than “Aashiqui 2”. The buzz after the promos was very strong. The director Mohit Suri and I both had to prove ourselves after ‘Aashiqui 2’.

A. It’s wonderful! My only regret is, I’ve found myself cut off from my family. I’m in and out of my house with barely time for a hug for my parents. I communicate with them more on the phone than in person. Every time I am out of the house, I get a hug from my parents, saying they are proud of me. That keeps me going through the whole day. Just to see them glowing with pride when they look at me is my biggest reward. Every child wants to make her parents proud. If I have succeeded, I am blessed. To see them smile, makes my day.

Q. “Aashiqui 2” was almost like a debut film for you. So “Ek Villain” was crucial?

A. Yes, if you look at it that way then yes, “Ek Villain” is like the post-debut film. But I did three films before “Aashiqui 2”. And I am proud of all of them. If I hadn’t made my debut in Leena Yadav’s “Teen Patti”, I wouldn’t have done “Aashiqui 2”. “Teen Patti” gave me a taste of failure. Then followed all the rejections. I was replaced in some films. Of course a lot more people saw me in “Aashiqui 2” than “Teen Patti”. I had a fab role in it. My character in “Aashiqui 2” got me so much attention.

Q. How different was it working in “Ek Villain” as compared with “Aashiqui 2”?

A. In “Aashiqui 2”, we were one small family working hard to make a name. That film changed our lives on one Friday.

Q. It made you affluent?

A. If you mean money-wise, then I am just getting there. Though I’ve to admit in “Aashiqui 2”, I wasn’t paid anything close to what I got for “Ek Villain” (laughs). Emotionally, “Aashiqui 2” made me very rich. And that’s the best wealth money can’t buy.

Q. Suddenly you’ve come into your own?

A. I am grateful for what I’ve received after “Aashiqui 2”. After the first flops, I could’ve disappeared. Nowadays, I love the way my name comes up in projects. But I don’t get flattered when my name is announced without my confirming the projects. Premature announcements tend to confuse the trade. It also creates ill-will and bad blood. I am not one for false news reports at all. Good or bad, untrue reports embarrass me, no matter how flattering. And gossip about my personal life just makes me so sad. They are so unfounded.

Q. You are very particular about your image?

A. And why not? I would like to be known for being someone who says and does things that she means. So before you ask, the only forthcoming projects that are certain are Vishal Bhardwaj’s “Haider” and Remo D’Souza’s “ABCD 2”. I’ll be shooting “ABCD 2” in Las Vegas.