Shraddha wants to take valuable suggestions and advice from the megastar 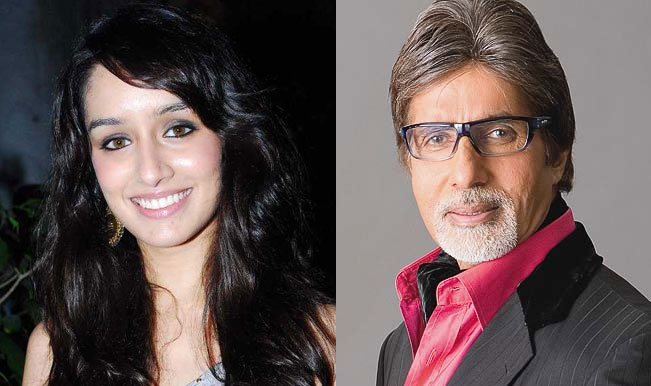 Also Read - Kaun Banega Crorepati 12 to Start From September 28: All You Need to Know

Shraddha Kapoor is very keen to show her upcoming next film, Haider to her first ever co-star. Yes, the young actress, who made her debut in the industry with Mr. Amitabh Bachchan in Teen Patti is very keen for him to watch her film. Also Read - Big B Wears Face Shield on KBC 12 Set, Urges All to be Safe

There has been a commendable amount of growth that Shraddha’s graph has shown from her debut film and now. The actress has given back to back super hits recently and has received immense appreciation from audiences and people from the industry. Also Read - 'Alexa, Say Hello to Amitabh Bachchan': Big B Becomes First Indian Celebrity to Lend Voice to Alexa

Now, as Shraddha will be seen in Vishal Bharadwaj’s film next, she has expressed her wish to show the film to Amitji before it is released. The actress has asked her team to make the necessary arrangements for the screening if he is able to make it.

She wants him to see the film and take valuable suggestions and advice from him. He is the best person to notice her growth as he was around when she took her first step.

Shraddha’s next film, Haider will show her in a very different light and her character is very important to the title character of the film, Haider.

Shraddha Kapoor shares, “I made my debut with Amit sir and he was very supportive of me. Now that my next film is at the brink of its release, I would love to have him watch the film and take advice from him.”