Shakti Kapoor has ruled the 80s and 90s Hindi cinema as one of the leading actors in comic and negative roles. 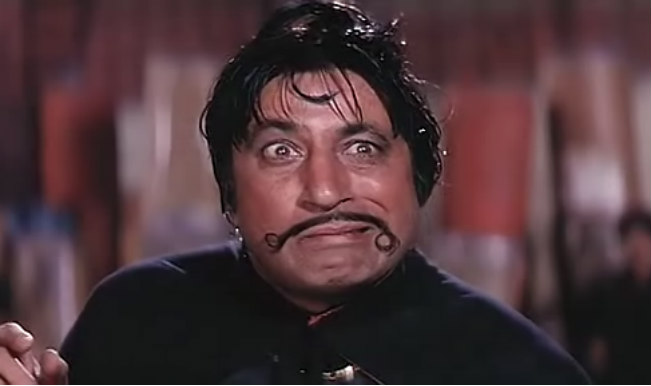 Also Read - Looking for Some Fitness Motivation? Shraddha Kapoor Home Fitness Routine Will Amp You Up

Bollywood actress Shraddha Kapoor who is gearing up for her next release ABCD 2 is highly appreciated for her good looks, screen presence and now for her dancing skills. And the 26-year-old actress says her father Shakti Kapoor inspires her. Being daughter of one of the finest actors in Hindi cinema is a big deal and this hilarious Bollywood Dubstep video by YouTube channel Pinch n Punch will not only leave you with smiles but also prove that Shakti Kapoor is a real swag! Also Read: Is Shraddha Kapoor the hottest cover girl of the B-town? Also Read - NCB Confirms 'Many Bollywood Celebs on Radar' And Their Phones Are Under Surveillance

Shakti Kapoor has ruled the 80s and 90s Hindi cinema as one of the leading actors in comic and negative roles. From convincingly portraying the dumb witted side-kick Nandu in Raja Babu to scaring as villainous act in Hero, Shakti Kapoor mastered it all. After all, he is the person who played the iconic role Crime Master Gogo in Andaz Apna Apna. Also Read: ABCD 2 music review: Varun Dhawan and Shraddha Kapoor’s movie offers a musical treat!
Also Read - Drug Nexus Case: NCB Denies Deepika Padukone's Co-Stars 'A', 'R', 'S' Under Their Scanner, Calls It 'False Stories'

Despite being dragged in numerous controversies, one cannot deny his contributions to Bollywood. Shraddha Kapoor would be one proud daughter of a great actor as that of Shakti Kapoor’s stature. Enjoy this funny dubstep video as this is sure to give you bouts of laughter dose.