Sidharth Malhotra and Katrina Kaif are rigorously promoting ‘Baar Baar Dekho’ ahead of its release. The two have already grabbed attention from every corner of the country with their Kala Chashma swag. The songs of the film and also the couple’s sexy chemistry have become talk of the town. It is the first time ever that Sidharth and Katrina are sharing screen space but it’s a different thing that it doesn’t look that way. They look absolutely comfortable working together. In an interview with a leading daily, Sidharth spoke about his experience of working with Ms. Kaif and also how he’s excited for the film’s release. He also revealed people should stop focusing about Katrina’s relationship. Also Read - Ranbir Kapoor-Alia Bhatt Pose in Front of Goddess Kali on Brahmastra-Sets, Ayan Mukerji Joins in

Yes, Sidharth Malhotra is hinting at his ‘Baar Baar Dekho’ co-star Katrina Kaif’s relationship with her ex-beau Ranbir Kapoor. Recently, while promoting the film Katrina was asked about her past and she did not shy away from answering to those questions. In fact in a candid interview with Rajeev Masand, the gorgeous actress did open up about her past. Ranbir-Katrina’s break-up did come as a shock to many and it turned out to be the one of the most debated topic. Until now, the real reason behind the duos separation has not yet been revealed but still speculations are. Neither Ranbir nor Katrina is interested to shut the blabber mouths or they are letting it affect their professional lives due to that. (ALSO READ: Baar Baar Dekho: Katrina Kaif & Sidharth Malhotra JUST did the coolest thing to promote their film!) Also Read - Lovebirds Ranbir Kapoor-Alia Bhatt Shoot For an Ad, Pictures Take Internet By Storm

In an interview with DNA, when Sidharth Malhotra was asked how easy was it for him to break the ice with Katrina Kaif since it was the first time he was working with her, the handsome hunk was quoted saying, “Yes it was pretty easy as soon as we met. As an actor when we do a love story it is necessary to know your co actor because we pretending to fall in love and especially in this film we are not pretending to fall in love, we are in love since eight years old. So you needed to have that familiarity. So before shoot we did workshops, in the first workshop I just had to sit in front of her and stare into her eyes for 15 minutes which was a great job to do, to stare at Katrina Kaif….she was the one who blinked first (Laughs). That’s how the ice broke the way we did masti and all the other scenes.” (ALSO READ: Baar Baar Dekho song Dariya: Sidharth Malhotra & Katrina Kaif’s enchanting chemistry and Arko’s mellifluous voice makes it a perfect love song) Also Read - Emraan Hashmi Speaks on Ranbir Kapoor-Alia Bhatt's Wedding Rumours 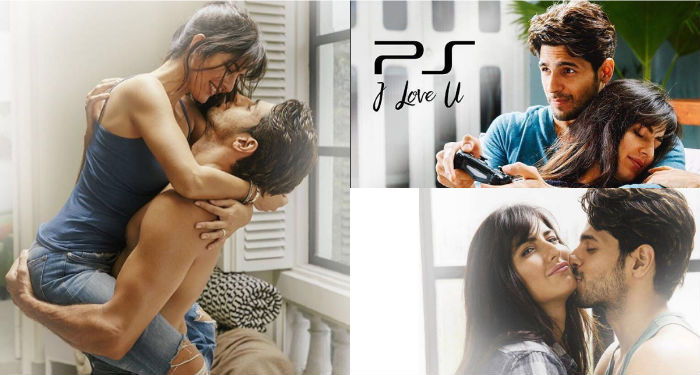 Sidharth Malhotra also said, “I discovered how hardworking Katrina is, the one positive quality that she has is that she does not take her position, experience for granted and this is a commendable quality and the reason for where she is. There’s too much importance given on her relationship, her split and it should just end now. She is fabulous in the film and her work will speak for her.” We are sure Katrina’s work will speak for her and the gossipmongers’ opinions and judgements are not required for that. (ALSO READ: Baar Baar Dekho beauty Katrina Kaif FINALLY opens up about her break-up with Ranbir Kapoor)

Speaking about the film, the teaser, posters and songs look impressive. This film is also special for the director Nitya Mehra as she would be making her debut in Hindi cinema with ‘Baar Baar Dekho’. The movie will hit the silver screens on September 9. For more updates, keep watching this space.