The teaser of Anushka Shetty's movie Size Zero is out! 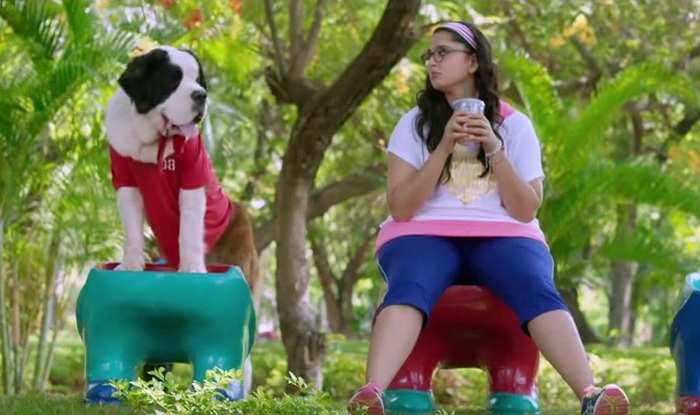 The teaser of Anushka Shetty’s movie Size Zero is out! Yes, this is the same movie for which the south Indian hottie has put on 20 kg, going from a slim and sexy babe to a seemingly not-so-sexy obese woman. The teaser of Size Hero reminds us of Dum Laga Ke Haisha, the Bollywood movie starring Ayushmann Khurrana and Bhumi Pednekar in which the latter had played a similar newly married obese bride. Also Read - Durgamati Trailer: Bhumi Pednekar Impresses in This Not-so-Scary Drama With a Haunted Haveli, Wandering Soul And Political Conspiracy

Size Hero stars Arya in the lead opposite Anushka. The actress seems to have enjoyed doing the movie, as is evident from the teaser. The film, produced by PVR Cinema, is directed by Prakash Kovelamudi and also has Sonal Chauhan, Urvashi, Prakash Raj and Barath as its cast members. Also Read - Prabhas Shares Heart-touching Note as Baahubali 2 Completes 3 Years, Calls it 'Most Memorable Project'

Watch Anushka Shetty in her unique look in Size Hero.