Yesterday’s preview to tonight’s show gave a peek into the most unprecedented event of this season’s show and all everybody wanted to know is, why did Sonali Raut slap Ali Quli Mirza. What d 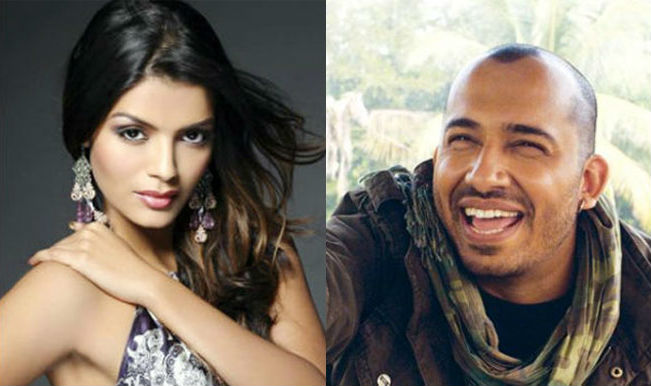 Yesterday’s preview to tonight’s show gave a peek into the most unprecedented event of this season’s show and all everybody wanted to know is, why did Sonali Raut slap Ali Quli Mirza. What did Ali say to Sonali that he got slapped across his face? Did Ali say something to Sonali to provoke her or did she take out her frustration on him out of the confusion she always has? Also Read - Bigg Boss 14 October 24 Weekend Ka Vaar Episode Major Highlights: Salman Khan Slams Rubina Dilaik, Exposes Jaan Kumar Sanu

The episode started with the members of Big Boss 8 waking up to loud music and quickly the music faded out as there was a quick non-issue fight which escalated quickly. The root at it was Sonali Raut and there was confusion over what Gautam Gulati said to Pritam in confidence about Sonali’s lack of hygiene or the way she cleans her clothes, to be specific, how Sonali squeezes her towel and how it is inefficient as the towel remains wet which is not good. Anyway, the house is privy to the smallest of issues being raised by the dumbest of people who want to get some limelight before fading out in someone’s shadow gain. Also Read - Bigg Boss 14 Wild Card Entries: Kavita Kaushik, Naina Singh Enter The House To Bring New Twist

To the question at hand, why did Sonali slap Ali? Let’s give you some context to how things got red hot before the Sonali Raut’s hand smacked Ali Quli Mirza’s cheek. After Puneet Issar aka Punnz the acting Captain of the Bigg Boss 8 house for the week was asked to nominate three members to be safe from being nominated where Puneet nominated Gautam, Pritam and Upen for their efforts on the show and Upen mainly for being such a good sport in this week’s tasks which made him a well deserving candidate. The three names for immunity were immediately appreciated and voiced loudly by calling the verdict ‘Perfect’ by Karishma Tanna. The next decision to be taken by Puneet was to name two people who should be punished for not being able to carry out their duties and become the Dand ka Patra. Puneet played a very smart game of not naming the people who failed to contribute to the welfare of the house but named Gautam Gulati and Upen Patel, his vice-captains, for not being able to get the work done and not being able to run things smoothly mainly pointing out the lack of courtesy shown by Ali towards Dimpy.

It is unclear whether Ali did or did not understand the deeper game played by Puneet here of making Gautam and Upen bigger heroes for the public by making Ali feel bad as the vice captains will suffer the punishments for Ali’s lack of discipline and respect for women outside his home. Ali kept arguing with Puneet that he should be punished for his fault and someone else should not take the fall for him. Puneet stood by his stand and things quickly turned to heated exchanges of words and threats of exposing each other between Ali and Puneet. Praneet takes Ali to the other room but Puneet takes as many house members as he can to talk in front of everybody. There is complete chaos at this point and the queen of the clueless, Sonali Raut, is clearly heard asking kya kaha usne? (What did he say?) asking randomly to know WTH is happening. It is unclear what she heard and from whom and completely out of the blue saying ‘You should get a tight slap’, slaps Ali clean across the face.

Ali is obviously stunned for a second and in the next shot we see him storming across the living room with two bags, empty we presume because he didn’t really have the time to pack and it was all for dramatic effect. He starts yelling and asks Bigg Boss 8, the overlord of the house, to let him out before kicking the main door. Other members from the Bigg Boss 8 house are divided between trying to stay mum and ask Ali to calm down when they can like Upen and Praneet to the ones like Gautam who suggested that Ali break the window, which he refused.

Bigg Boss called Ali to the confession room after asking him to get off the roof following Ali’s failed attempt to use one of the lounge chairs as a ladder to get to the roof and flee from the house. Bigg Boss tried to reason with Ali and giving medical reasons to the members of BB8 house, Ali is given a separate room where he covers his face and breathes loudly into the microphone to clearly gain some sympathy. The house members except Gautam, Diandra and Puneet are seen facing the camera and addressing their woes against Ali asking Bigg Boss to take appropriate action against Ali who has openly plotted against them all.

The preview for tomorrow’s episode shows Ali emerging from his private room in the morning to re-join the house. The next scene has all the members seated on the big sofa where Bigg Boss states that no matter what, slapping someone will not be tolerated in the house and punishes Sonali Raut to be nominated every week till she stays in the game.