Sonam Kapoor and her husband Anand Ahuja were spotted at the Mumbai airport twinning in black as they return from their romantic Japan getaway.

Sonam Kapoor and Anand Ahuja who were vacationing in Japan have returned from their romantic getaway and were recently spotted at the airport hand-in-hand twinning in black. Also Read - Veere Di Wedding 2: Sonam Kapoor, Kareena Kapoor Khan, Swara Bhaskar, Shikha Talsania Give Their Nod, To Begin Shoot Post Bebo’s Delivery

The couple has been treating their fans with adorable posts from their holiday. Throughout their trip, they kept treating fans with mushy pictures. The couple was recently spotted at the Mumbai airport. They seem to love twinning since throughout their trip, they donned similar coloured outfits. As they were spotted at the airport, once again they set couple goals by twinning in black. While Anand sported a black t-shirt, pants, and sneakers. Sonam donned a black sweatshirt which she teamed with a black skirt and white sneakers. She accessorised her look with black sunglasses. They looked tired but still smiled at the shutterbugs. Also Read - Sonam Kapoor Shares Her PCOS Diet and How She Stays Energised On Long Days 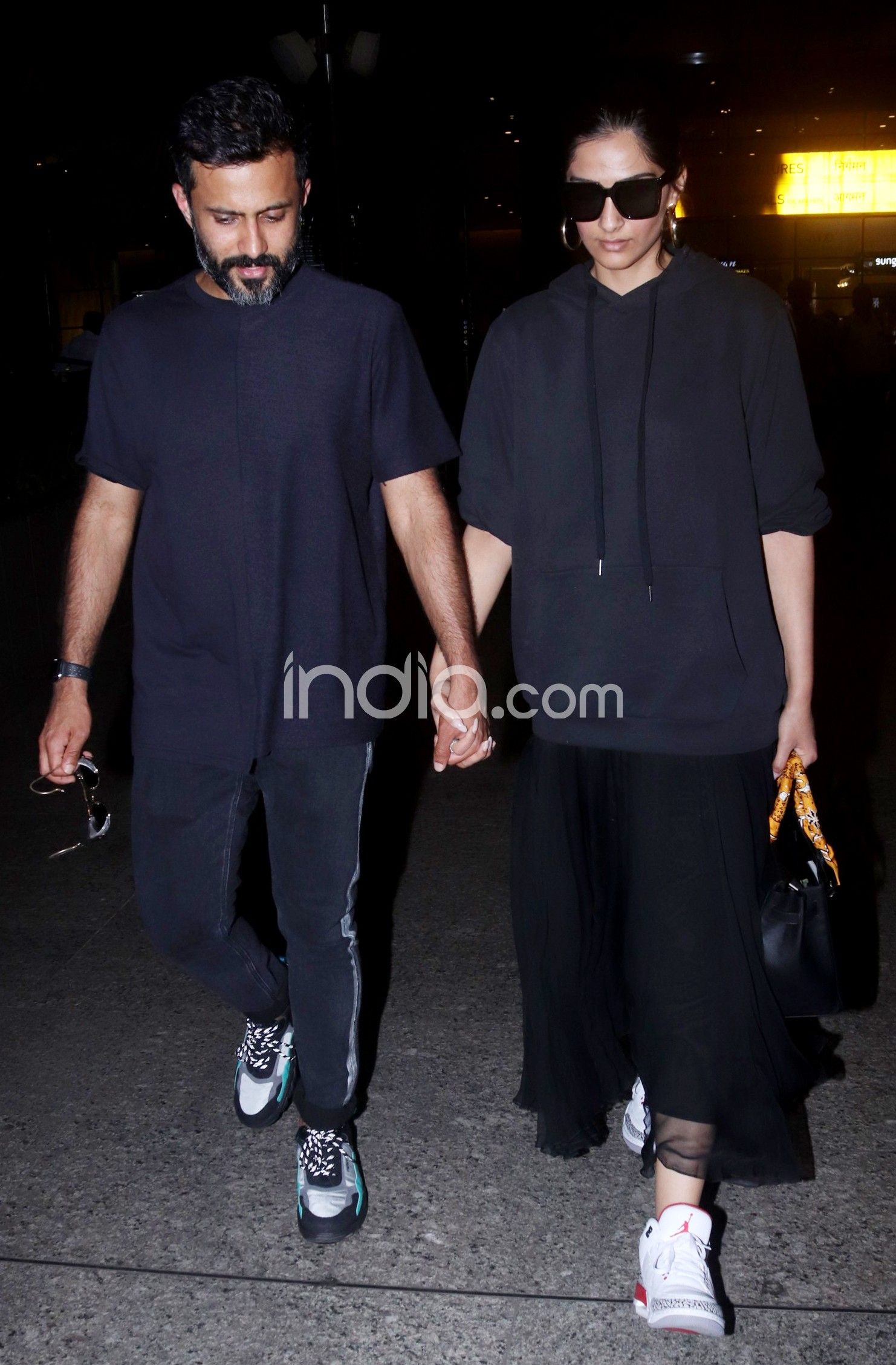 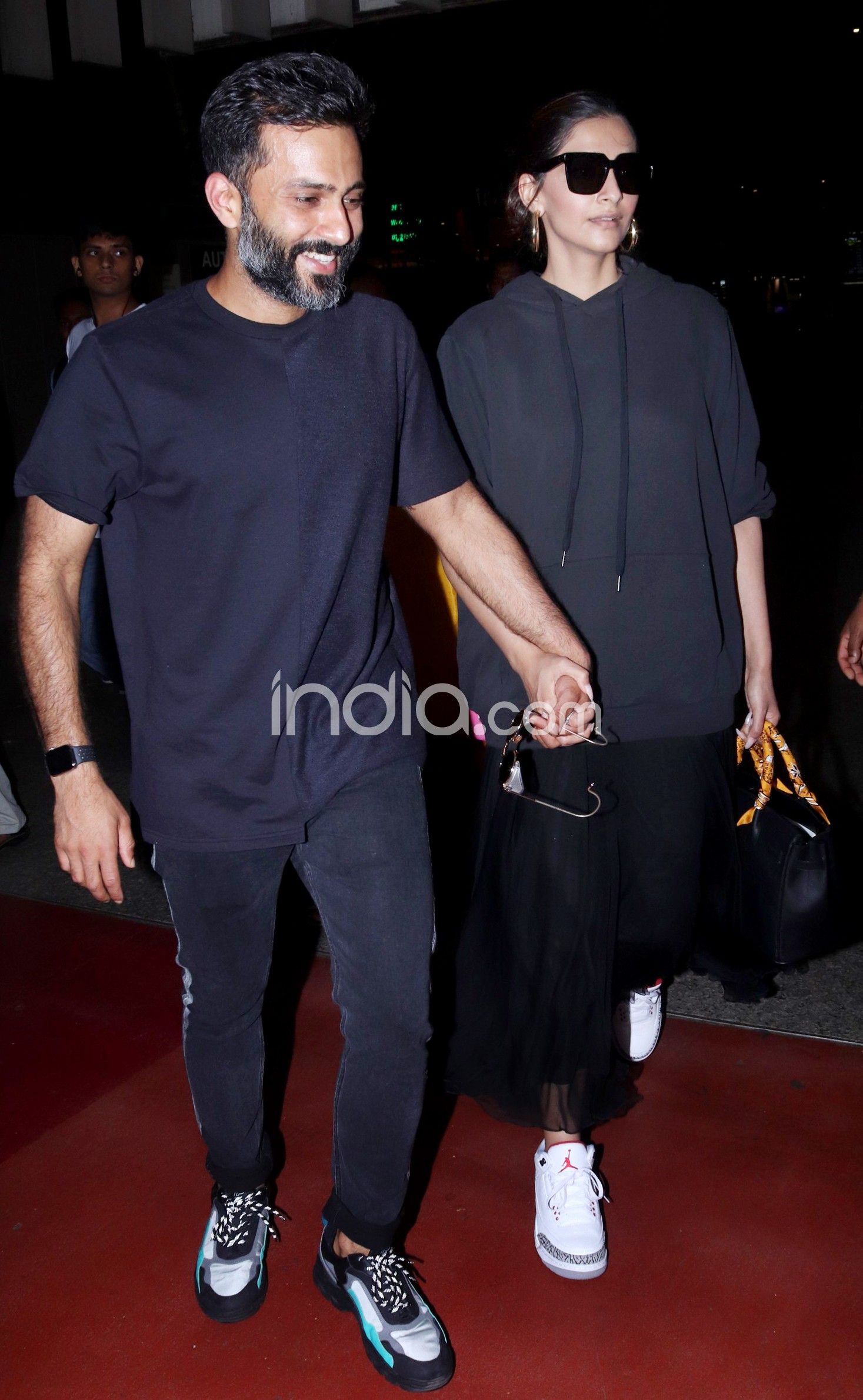 As she bid goodbye to Japan, she shared a one-minute four-seconds video summing up her trip and captioned it, “From Tokyo, With Love. 💌 See you soon.🇯🇵 “. Also Read - Sonam Kapoor's Cousin Priya Singh Files FIR Against Caretakers For Beating up Handicapped Dogs at Her Shelter

On the professional front, Sonam Kapoor will soon be making her digital debut with a web series where she will be unraveling some of her style secrets.

Sonam was last seen in Ek Ladki Ko Dekha Toh Aisa Laga with Anil Kapoor and Rajkummar Rao. She will next be seen in The Zoya Factor with Dulquer Salmaan which is based on a famous novel by Anuja Chauhan. Directed by Abhishek Sharma, the film which was supposed to release on June 14, 2019, will now hit theatres on September 20.

Earlier, the official Twitter page of Fox Star Hindi wrote, “The date may have changed, but the game hasn’t. ‘The Zoya Factor’ will hit cinemas on September 20, 2019. Starring Sonam Kapoor and Dulquer, directed by Abhishek Sharma.” (sic)