The cute couple Sonam Kapoor and Anand Ahuja have already completed 2 months of marriage and they are marking this special occasion with their Tokyo vacation.

Sonam Kapoor who recently tied the knot with businessman Anand Ahuja is currently holidaying in Tokyo. After all the madness associated with Veere Di Wedding promotions, her Cannes red-carpet appearance, her Vogue cover with hubby Anand Ahuja, they decided to spend some quality time together. We are still reeling from the hangover of their epic wedding celebrations that had the biggest names in Bollywood celebrating with the couple. Also Read - Rhea Kapoor Receives Death Threats on Social Media And This is What Instagram Has to Say

It has been quite a year for her and now to continue the celebrations the newly wedded couple is vacationing in the land of rising sun, Japan, more specifically Tokyo. The cute couple has already completed 2 months of marriage and they are marking this special occasion with travelling to Tokyo. Also Read - Arjun Kapoor Turns 35: Sonam Kapoor, Rhea Kapoor Wish Actor a Happy Birthday in Adorable Posts

She was also seen holidaying with her hubby and her trusted girl gang in London recently. She was seen with Kareena Kapoor Khan, Karishma Kapoor, sister Rhea Kapoor, Janhvi Kapoor, Khushi Kapoor, Arjun Kapoor and Anshula Kapoor. Also Read - 'Thanks For Paving The Way For The Kapoor Girls in Movies'! Sonam Kapoor Wishes Karisma With a Lovely Post on Birthday

Sonam also made an appearance at an Indonesian event with Anand Ahuja before jetting to Japan.

She is an avid user of social media and so is her husband and seeing their pictures is making us see Tokyo vicariously through their lenses. They both are looking relaxed and sharing pictures of their quirky fashion, sneakers, locations, food and more.

. . . PS how cool must it be to wear a shoe you designed for Nike!? 👊⚡️✔️ PSS notice the other OGs in the background

Tokyo you made me blush , also attributing it to my husband taking my picture. 📷 @anandahuja 🇯🇵 👗 @ekaco 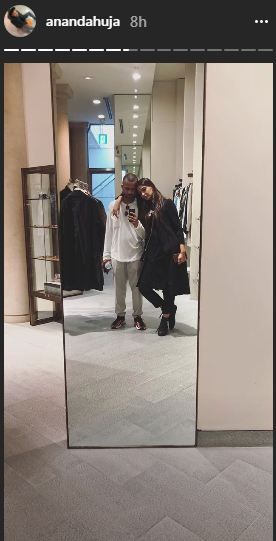 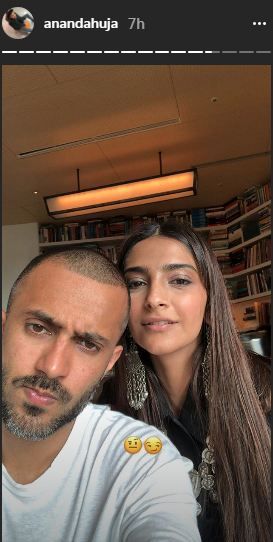 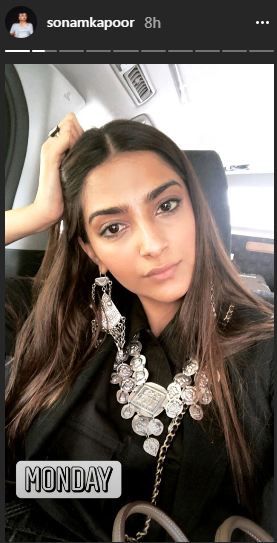 Sonam’s Sanju has also performed well at the Box office. She has also recently announced a film project with her father Anil Kapoor called Ek Ladki Ko Dekha Toh Aisa Laga, which will see the father-daughter duo for them together for the first time. Her character in the film is called Sweety Chaudhary.

We are still reeling from the hangover of their epic wedding celebrations that had the biggest names in Bollywood celebrating with the couple.