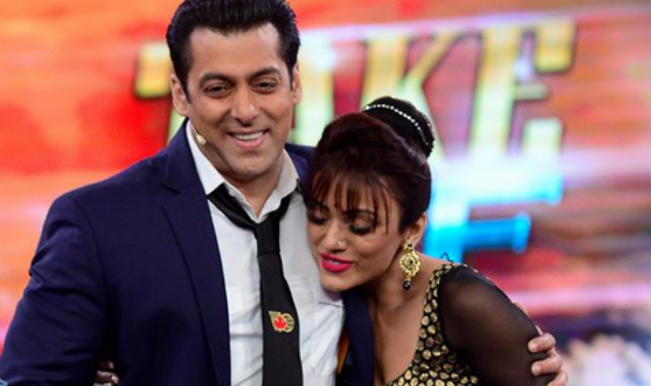 Having acted in several popular Indian serials, Soni Singh is not a new face in the glam world. Soni who is among the contestants in Bigg Boss 8 has featured in various soaps from ‘Banoo Main Teri Dulhan’, ‘Ghar Ki Lakshmi Betiyan’, ‘Jhansi Ki Rani’ and ‘Veer Shivaji’. She was lately seen in ‘Saraswatichandra’ and ‘Comedy Nights With Kapil’. Also Read - Bigg Boss 14 Update: Asim Riaz Rejected To Enter The Controversial House as 'Toofani Senior'

She started career in Mumbai as a choreographer and then took up small acting assignments on Doordarshan. She also managed to do various stage shows and eventually got on to the small screen with television shows. Her acting talents came to light with her character Jhumki Rani/ Jhanvi Garodia from ‘Ghar Ki Lakhsmi Betiyann’. She has also done a couple of short films -Embrace and ‘Rosy Pinto ko gussa kyun aata hai?’

Soni was born in a Punjabi Rajput family where her father had an inclination to music and wanted his children to be a part of the media industry. After Soni was born, her father with the family left Delhi to Mumbai and settled here for the same. After completing her HSC, she started formally learning Indian classical dance forms like Bharatnatyam and Kathak. After her  first film ‘DUBAI RETURN’ as a choreographer, she also did a few music videos. Before her acting career, she came to fame with Zoom one of India’s premier GECs launched its first dance reality show ‘Dance Diva’.

She is planning to spend more time in GEBASO films which she is running in partnership with Nirmaan D and also devote more time to a charitable organisation, Prem Sadan Orphanage located in Madh Island.