Here's what all happened at the trailer launch of Sooryavanshi. While Rohit Shetty talked about the unrest in Delhi, Karan Johar and Ranveer Singh expressed how grand is Shetty's cop-universe. Ajay Devgn asked his and Akshay's fan clubs to not fight with each other. Check out all the interesting statements made at the trailer launch.

The grand trailer of Akshay Kumar’s Sooryavanshi helmed by Rohit Shetty was launched on Monday in Mumbai where the entire cast—Akshay, Ranveer Singh, Karan Johar, Ajay Devgn and Katrina Kaif along with the director were present. The fourth instalment of Shetty’s cop universe, Sooryavanshi is the story of Anti-Terrorism Squad chief Veer Sooryavanshi (played by Akshay) and how he prevents a major terror attack in Mumbai. The trailer is receiving a lot of love from the fans and even critics have been appreciating the movie. Also Read - Rohit Shetty Speaks on Delhi Violence, Calls it 'Petrifying' And Urges All to Maintain Silence at Sooryavanshi Trailer Launch

The cast and the director of Sooryavanshi had a gala time at the trailer launch event. While Shetty urged the audience to stay silent on the Delhi violence, Ajay made a hilarious comment when asked if he had a fight with Saif Ali Khan on Tanhaji-related statements. Check out some interesting statement made by team Sooryavanshi at the trailer launch: Also Read - Sooryavanshi Trailer Highlights: 5 Things That Make This Akshay Kumar Starrer a Sure Shot Blockbuster

Ajay Devgn on how he knew it’s going to be big:
“I was amazed to see women reacting to a cop movie when Singham was released and then I realised that this franchise will go a long way.”

Rohit Shetty on Delhi violence
“It is a very serious issue, and a lot of people are talking about it. The best thing right now for all of us would be to stay silent. Our officials, the government and our people are there. To talk about what’s happening there is easy while laughing and doing the event here, so the best thing right now for entire India should be to stay silent. Everyone’s been saying, and the chaos is only increasing. If we stay silent, things will fall in place. There is a CM and others are there. Has anyone seen riots? You will be petrified. I can give a lecture and people will pat my back, but right now we all should stay silent about this for a few days. Let things sort out and then we all can speak.” 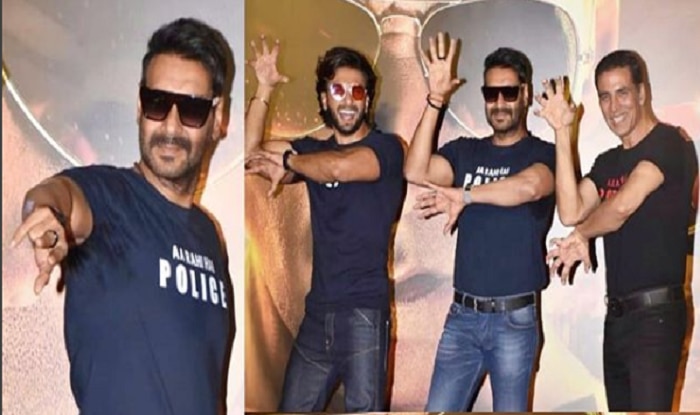 The team of Sooryavanshi at the trailer launch (photo courtesy: Viral Bhayani/ India.com)

Akshay Kumar on the importance of ‘uniform’
“It feels good when I get an opportunity to wear a police uniform. Uniform always has a lot of dignity. And I consider myself lucky. We all are lucky to get opportunities where we play such great roles.” 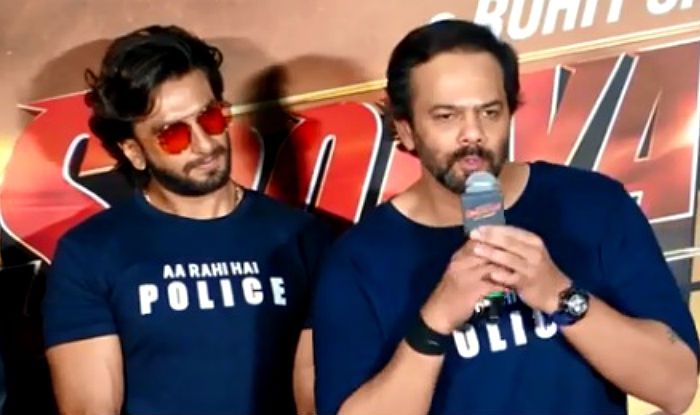 Akshay on the grandeur of Sooryavanshi
“I have made 135 films and for the first time, I am watching such a huge crowd. Rohit has made a fabulous movie. I hope the audience will like it. Ajay and I started our careers together and we have reached here, where we have done so many films together.”

Karan Johar on Rohit Shetty creating a cop-universe
“There is palpable excitement in the room. I don’t think in my years of producing and making films I have seen so much energy for the release of a trailer and justifiably so, because this is a universe which Hindi cinema hasn’t seen. This is the first time that Indian cinema has a universe like this where you have the coalition of three mega movie stars.”

On the scale of 1-10, how excited are you for Sooryavanshi?