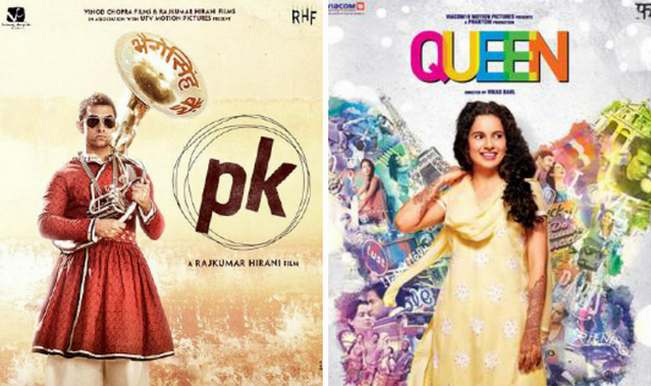 Some of the most controversial movies of Bollywood like Aamir Khan’s PK and Vishal Bhadwaj’s Shahid Kapoor-starrer Haider have found themselves in the nomination list of the Star Guild Awards 2015 aka the Apsara Awards. The Film and Television Producers Guild of India have announced the nominations for the 10th edition the Renault Star Guild Awards that will take place in January. Also Read - PV Sindhu No Longer Just Indian Star But Global Icon, Says Top Indian Marksman Joydeep Karmakar

The Best Actress in a Leading Role list is more colourful with Bollywood’s best female artistes being nominated, like Kangana Ranaut for Queen, Priyanka Chopra for Mary Kom, Alia Bhatt for 2 States, Deepika Padukone for Happy New Year, Rani Mukerji for Mardaani, Alia Bhatt for Highway and Anushka Sharma for PK. Here’s the complete list of nominations of the Star Guild Awards 2015:

Watch this space for the results of the Star Guild Awards 2015 to know the winners list!