Dubbed a lottery for its investors, Stree has made it to the Rs 100 crore club of Hindi movies. Directed by Amar Kaushik and starring actors Shraddha Kapoor and Rajkummar Rao, the movie has been picking up the pace where earnings are concerned. The comedy-horror movie has, according to trade analyst Taran Adarsh, earned Rs 101.43 crore till now. Also Read - Shraddha Kapoor Sets Mercury Soaring This December in Rs 62k Mustard Yellow Saree by Arpita Mehta, See Her Steamy Pictures Here

Stree has now officially become the ninth Hindi movie to cross the Rs 100 crore mark. It made around Rs 2.14 crore on Friday and on Saturday Rs 3.76 crore, bringing the total to Rs 101.43 crore. Also Read - Shraddha Kapoor Looks Wondrous in a Royal Blue Duchess Satin Dress by Gauri and Nainika, Leaves Netizens Drooling Over Her Pictures 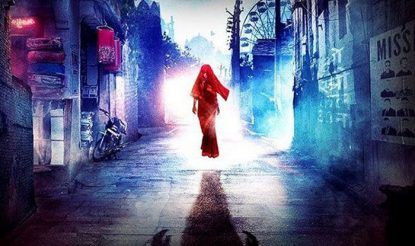 Adarsh, who publishes reports on the box office collections of Bollywood movies, tweeted the following:

Stree, which was produced by Dinesh Vijan, Raj Nidimoru and Krishna D.K. under the banner of Maddock Films in association with D2RFilms, is based on an Indian urban legend about a witch who knocks on people’s doors at night. The witch is believed to be behind the mysterious disappearances of the men in the village.

According to Box Office India, Stree showed a 70 per cent jump on its third Saturday, and it could close the gap on new release Manmarziyaan, starring Taapsee Pannu, Vicky Kaushal and Abhishek Bachchan, on Sunday. It has also crossed the business of Sonu Ke Tito Ki Sweety in all circuits barring Delhi/UP and East Punjab.

The other movies that made it to the Rs 100 crore club this year are Padmaavat, Sonu Ke Tito Ki Sweety, Raid, Baaghi 2, Raazi, Race 3, Sanju, and Gold.