Suffering from Piku syndrome? Don’t sit on it

Although there are several ayurvedic medicines and home remedies that claim to ease bowel movements, constipation is a painful reality one has to live with - sometimes for years. 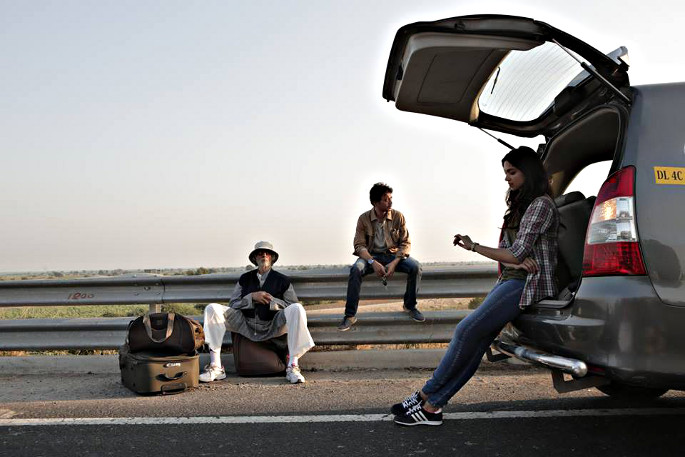 New Delhi, May 29:  If you ask about the one thing that Amitabh Bachchan-starrer and now a Rs.100-crore-club member ‘Piku’ has done to the Indian masses, apart from entertaining them, is bringing into the public domain a topic that is taboo in social conversations but that almost everyone experiences or has been a chronic sufferer: constipation. (Read: Irrfan Khan, Deepika Padukone took romance to new level: Shoojit Sircar) Also Read - Hrithik Roshan-Deepika Padukone Become 'Fighter' For Siddharth Anand, Film Releases on Sept 30, 2022

The “Motion Se Hi Emotion” tagline has become such a talking point and has touched an empathetic chord in people that the unpretentious, low-budget film, that also has Deepika Padukone and Irrfan is stellar roles, has not only become a runaway hit but has brought out the ‘bowel problem’ of people out in the open. Also Read - Hrithik Roshan-Deepika Padukone in Siddharth Anand's Action Film - Big Announcement Today!

Although there are several ayurvedic medicines and home remedies that claim to ease bowel movements, constipation is a painful reality one has to live with – sometimes for years.

According to Deepak Lahoti, senior consultant (gastroenterology) at Max Super Speciality Hospital in New Delhi, the Indian squat position is the best to beat the morning blues (which, in fact, actor Irrfan Khan suggests to Big B in ‘Piku’ too). “It is more effective than the western chair position to maintain a healthier bowel movement, especially if you raise your knees towards your chest,” Lahoti told IANS.

Yogesh Batra, director and senior consultant (gastroenterology) at BLK Super Specialty Hospital in the capital, agrees. “The squat position is definitely more physiological for passing stools. It has been used by Indians for ages,” Batra said. The reason behind this is simple.

In fact, a new book titled “Charming Bowels” by Giulia Enders, who is studying in Germany for her medical doctorate in microbiology, has buttressed the claim that humans should be squatting, not sitting, on a toilet bowl. This is because the closure mechanism of the gut is not designed to “open the hatch completely” when we are sitting down or standing up: it is like a kinked hose.

Squatting is far more natural and puts less pressure on our bottoms. “Nearly 1.2 billion people around the world who squat have almost no incidence of diverticulosis and fewer problems with piles. We in the west, on the other hand, we squeeze our gut tissue until it comes out of our bottoms,” she writes.

Another tool in your armory to tackle constipation is to change your diet. “Oats and high-fibre diet helps in tackling mild-to-moderate constipation. However, in case of severe constipation, you need to seek expert advice,” said Manish Kak, consultant gastroenterology at Ghaziabad’s Columbia Asia Hospital.

A fibre-rich diet is important. “The reason for this is that fibre increases the bulk of the stool and thus facilitates its passage through the intestinal passage,” Batra added. Fibre does not get absorbed and travels easily triggering reflexes which make it easier for a person to pass motion.

Other than this, drinking two to three litres of water every day, maintaining an exercise regime with yoga or jogging or a walk in the morning helps. Alcohol, stress and fried foods need to be avoided. “Try home remedies like Isabgol husk, black currants, mint, bael (wood apple) powder or juice. These are free of side effects of using laxatives,” Batra says.

The key to defeat constipation is to maintain a healthy lifestyle. “Sitting for long hours and not moving – in office or at home – can result in constipation,” Lahoti noted. Some experts suggested that acupressure over the perineal area (the genital area between the vulva and anus in a woman and between the scrotum and anus in a man) can theoretically trigger a defecation reflex and passage of stool.

Doctors however do not recommend this since it is not backed by sufficient studies. Finally, do not be obsessed with constipation as whatever is inside will eventually come out. “If you ease yourself, you will be relieved faster. Do remember that in the western world (among predominantly meat eaters), people may not pass stool up to a week without any discomfort,” Batra points out.

So, set aside unhurried and regular time for defecation and always respond to a defecatory urge. Increase fluid intake and avoid stress for that elusive, but relieving, “Piku” moment daily.