Suicide Squad latest trailer gives us a glimpse of Batman and The Joker! (Watch video)

The brief mention of Superman and the glimpse of Batman clearly shows what's in store from this comic giant's movies. 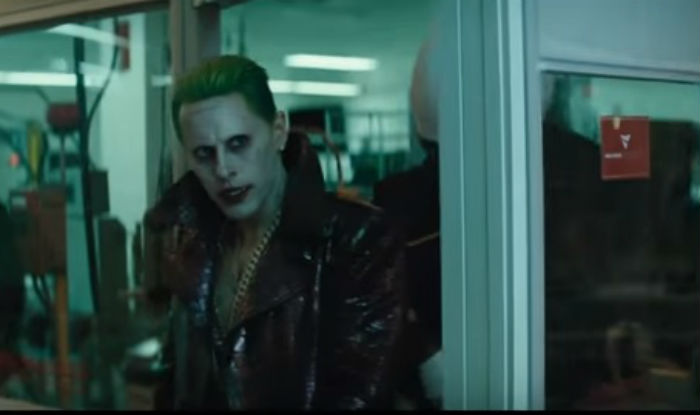 Also Read - From Joker to Voldemort, Learn Why People Like Fictional Villains

The latest trailer of DC Comics’ next promising release, Suicide Squad, was unveiled at the MTV Movies Awards 2016. This new trailer has everything that was needed by the DC fans to finally feel the actual fun and excitement of the movie. After the previous trailer and teaser, both laying on the border if dark and light, and hardly focussing on the fun fights, this new trailer compensates for everything. The Suicide Squad trailer goes on to make the fans cheer with glee and excitement by giving a glimpse of Batman and a whole lot of the new Joker! Also Read - 'Corona, Corona': Thailand Batman Spreads Awareness About Coronavirus Through Song & Dance

The  Suicide Squad trailer also gives a brief idea of the plot, wherein the government wants to build a squad to fight the mutants. The brief mention of Superman and the glimpse of Batman (Ben Affleck) clearly shows what’s in store from this comic giant’s movies. Also Read - Moscow Police Seize Life-Sized Replica of Batmobile That Featured in Suicide Squad & Batman vs Superman

What’s more, Margot Robbie‘s Harley Quinn makes us fall in love with her all over again! So does Will Smith! However, the show stealer has to be Jared Leto in the shoes of our favorite villain, The Joker. The trailer reveals the gem in store and focusses on The Joker’s story. Suicide Squad also stars Joel Kinnaman, Jai Courtney, Cara Delevingne and Viola Davis.

The trailer also brings back a few of the ’70s songs back into focus with songs like Sweet’s The Ballroom Blitz and Grace’s cover of You Don’t Own Me by Lesley Gore.

Watch this light-hearted trailer of Suicide Squad and hope for a fun-filled and less dark DC movie!

How did you like the new trailer? Suicide Squad releases on in the UK on August 5, 2016. It is directed by David Ayer. (Photo: Jared Leto as The Joker.)