Salman said that wearing the mandatory langot was the most difficult part of Sultan! He also said that now he knows what heroines go through when they have to wear a bikini. 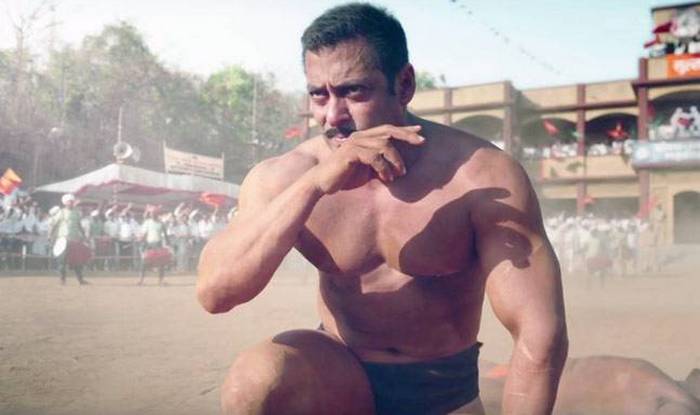 Actor Salman Khan launched the trailer of his much awaited film Sultan last evening at Reliance Media Works in Mumbai’s Film City. The actor, who arrived about an hour late with his onscreen lady love Anushka Sharma, spoke about his experience shooting for the sports film. In his usual happy mood, Salman was milder in his interaction with the press. But there was something he said that set the floor laughing. Among other things, he spoke about wearing the ‘langot’ in the film. Also Read - Anushka Sharma Is Unable To 'Sleep Peacefully' As She Cannot Get Over Bachpan Ka Pyaar Viral Video

Salman said that wearing the mandatory loin cloth for wrestlers in front of a crowd of villagers was the most difficult part of shooting Sultan for him! He also revealed that now he knows what heroines go through when they have to wear a bikini in shots. Coming from a guy who removes his shirt at every opportunity in his films, Salman confessed about wearing the langot in Sultan, “Main bilkul sharmata nahin hoon shirt-virt utarne mein…shorts-vorts pehnane mein. Main woh sharminda kisam ka aadmi hoon hee nahin, inn maamlon mein. But the most difficult part in this film was the langot! Aaj mereko samajh main aaya what heroines feel when they go through those swimsuit shots.” Also Read - Katrina Kaif's Intense Training For Salman Khan Starrer Tiger 3's Stunning Action Sequences Is Impressive | Watch

Salman said that when he saw a crowd of hundreds of villagers where they shooting, he told director Ali Abbas Zafar that there was no way he was stepping out there wearing a langot! “So I wore a lungi (long loin cloth),” he said. And when he stepped out and removed the lungi for his shot, Salman heard whistles in the crowd. “I felt violated!” he said.

Watch the videos here to see some of what Salman has to say about his experience wearing a langot in Sultan! Also watch our special FB Live from the Sultan trailer launch where he speaks about fans taking pictures of him in a langot and uploading on social media. (ALSO READ: Salman Khan’s Sultan trailer crosses 1 million views in just 15 hours!)

Also, let us know how you liked the Sultan trailer!