Sushant and Kriti give us vacation goals

Rumoured couple Sushant Singh Rajput and Kriti Sanon are holidaying in Zermatt, Switzerland along with their friends and they are giving us couple as well as vacation goals. The gang has been having a gala time while at the Alps, playing with the snow, trekking and finally, skiing. They all are put up at Zermatt, which is close to the Matterhorn mountain – that forms the border between Italy and Switzerland. Also Read - Ankita Lokhande Reveals She Suffered Depression in a Viral Video About Sushant Singh Rajput

The two took to their Instagram pages to post pictures from their skiing adventure and these are nothing less than enticing enough to make anyone want to pack their bags and head to the mountains. After trying out a session, Kriti also decided to take up learning how to ski. We are still a day away from New Year 2018 but Kriti already has something interesting on her to-do-list for the coming year. Check out the pictures below: ALSO READ: Sushant Singh Rajput, Kriti Sanon Follow Saif Ali Khan, Kareena Kapoor Khan To Switzerland For New Year 2018 (Pics And Videos) Also Read - Ankita Lokhande Releases Explosive Video For Sushant Singh Rajput’s Fans, Says ‘Gaali Mat Dijiye’ 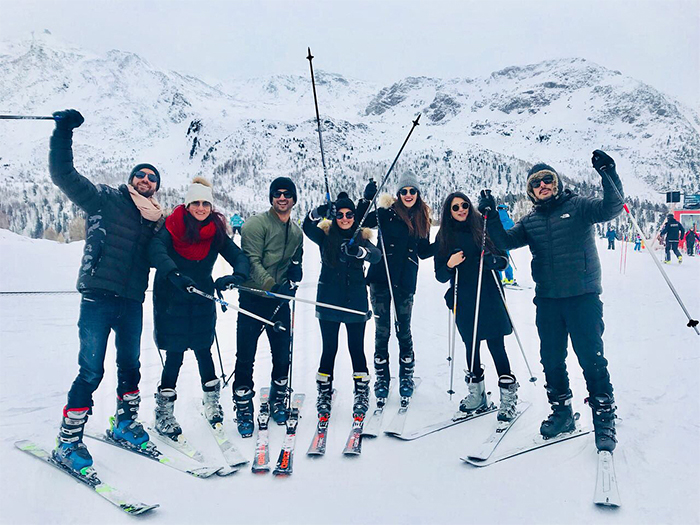 Also Read - Rhea Chakraborty Has a Message For All, Wears Sweatshirt That Says ‘Man Up’ - Check Pics

Sushant and Kriti with their gang 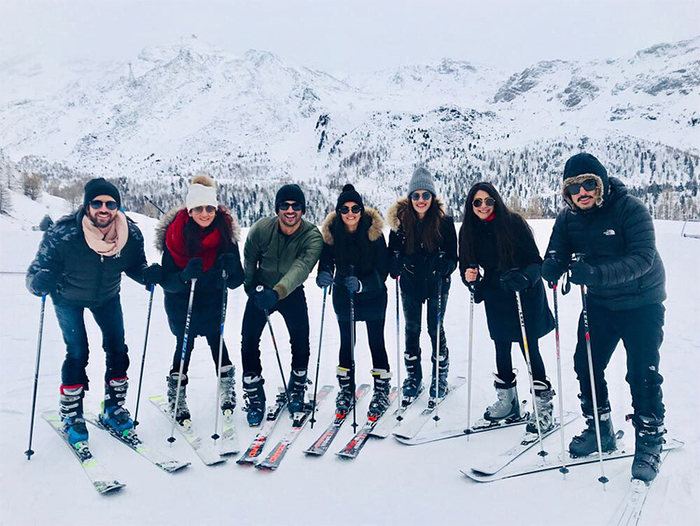 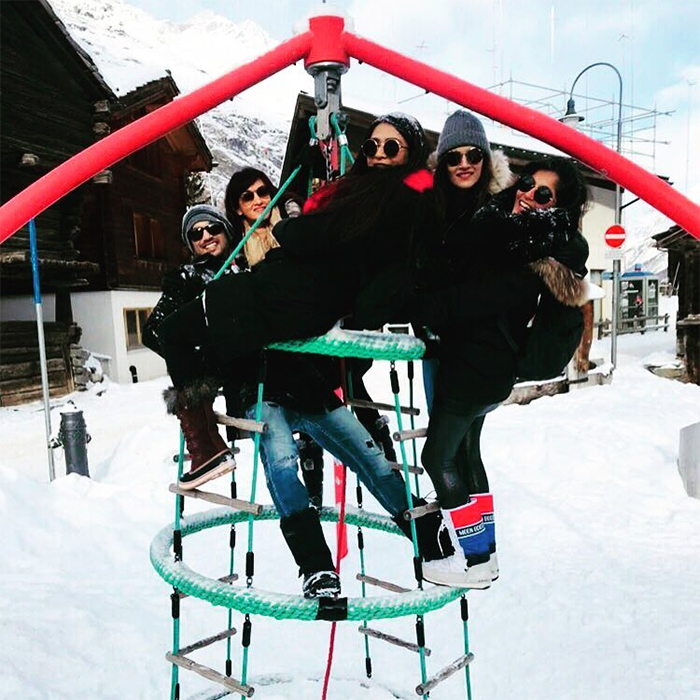 Why should kids have all the fun?

While there have been rumours about Sushant and Kriti going strong ever since they starred together in Raabta, the two have stayed mum about their relationship status. But these pictures from their vacation where the two look set to ring in their New Year 2018 together, we just got proof that they are going strong!