Actor Rhea Chakraborty was summoned by the Bandra Police on Thursday to record her statement for the Sushant Singh Rajput suicide case. Sushant and Rhea had reportedly been dating and the duo was also expected to get married in November 2020. Bandra police station recorded her statement in the matter as she was close to Sushant and she was one of the last people he called. There are pictures clicked by news agency which show Rhea Chakraborty dressed in a white kurta-pajama, gloves and white face mask entering the police station at 11:30 am and now, after almost six hours, she was seen leaving the police station. Also Read - Karnataka Revises COVID-19 Guidelines For Home Isolation - Here Are The New Rules

Pictures and videos of Rhea Chakraborty leaving from the Bandra police station are doing rounds on the internet. The details of the interrogation are yet to be revealed. Rhea was called by an investigating officer who is working on the Sushant Singh suicide case. On Wednesday, Bollywood casting director Mukesh Chhabra had gone to record his statement because he was also close to Sushant. Also Read - Philippines Releases Over 15,000 Prisoners Amid Covid-19 Outbreak

Take a look at the pictures of Rhea leaving the station: 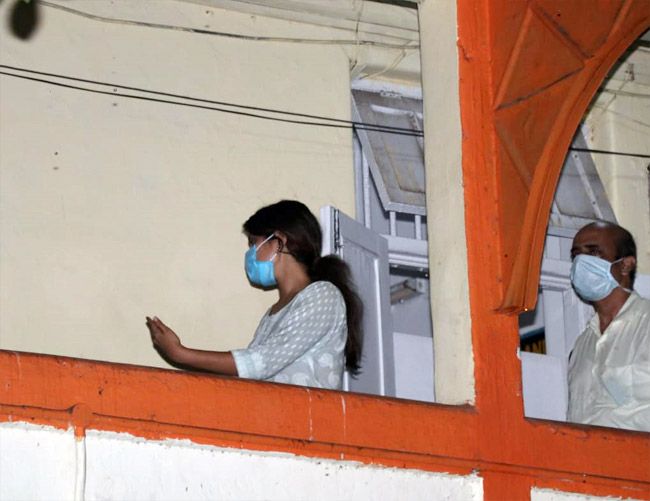 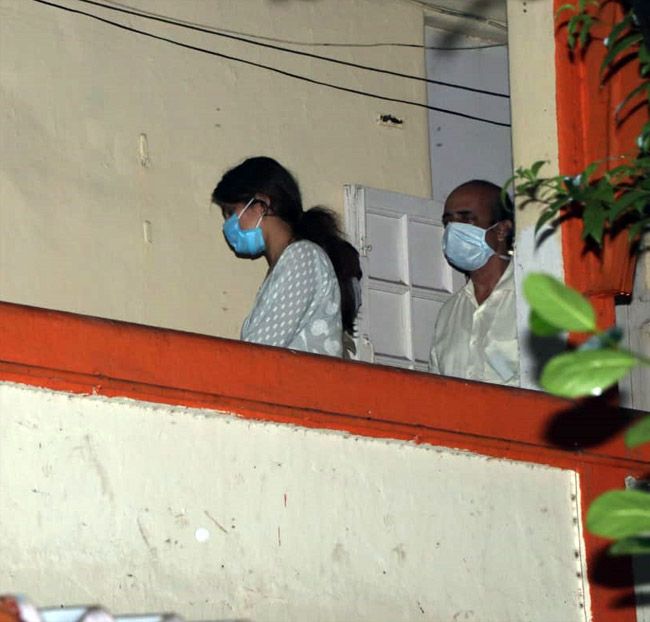 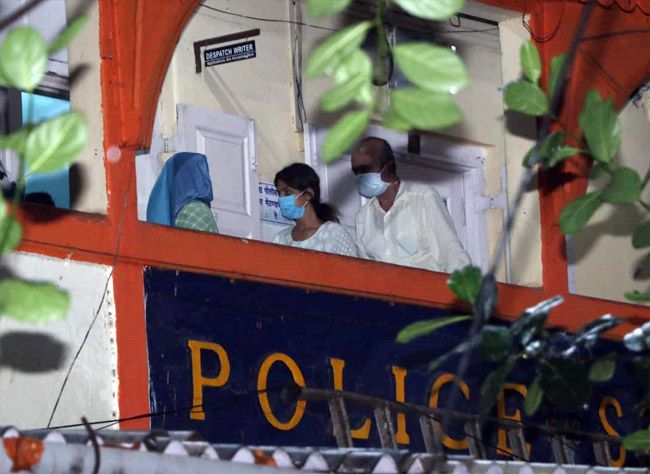 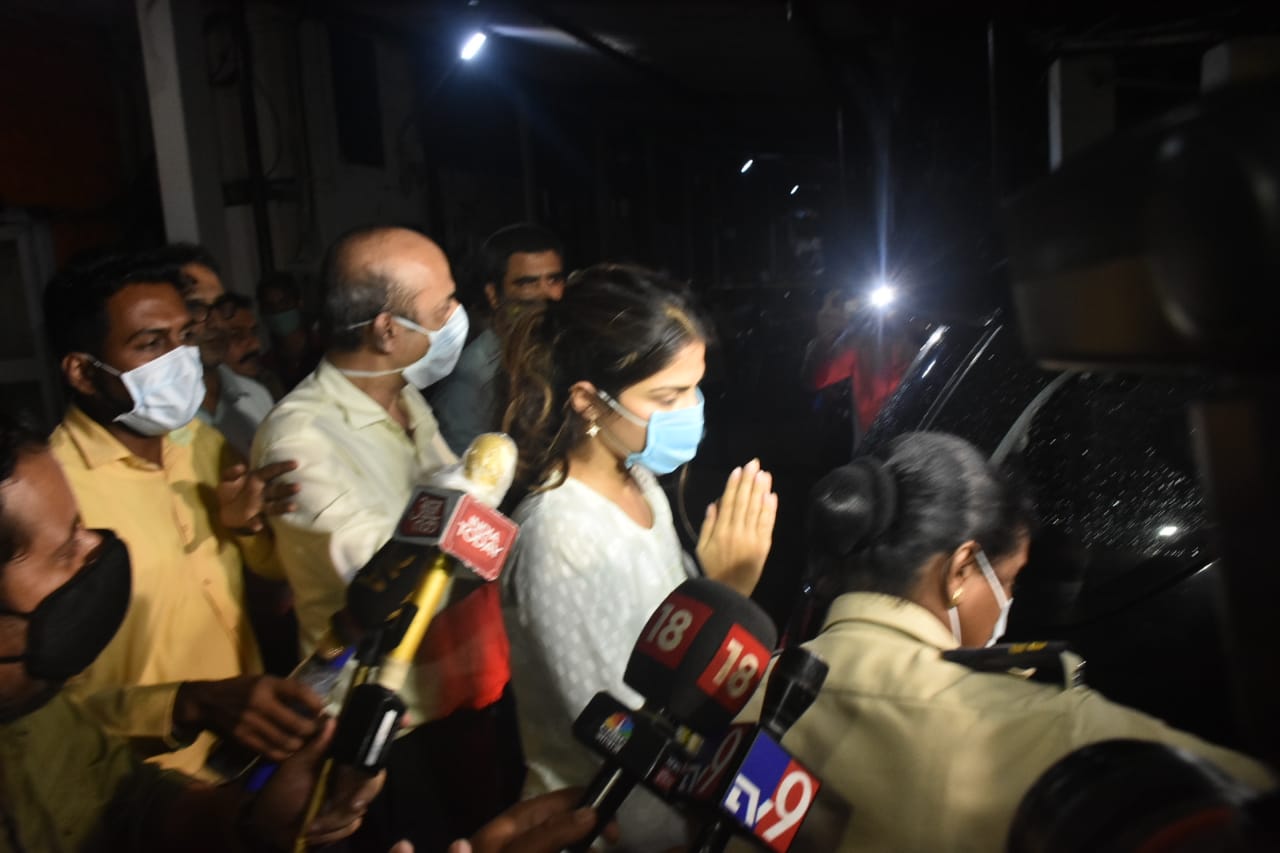 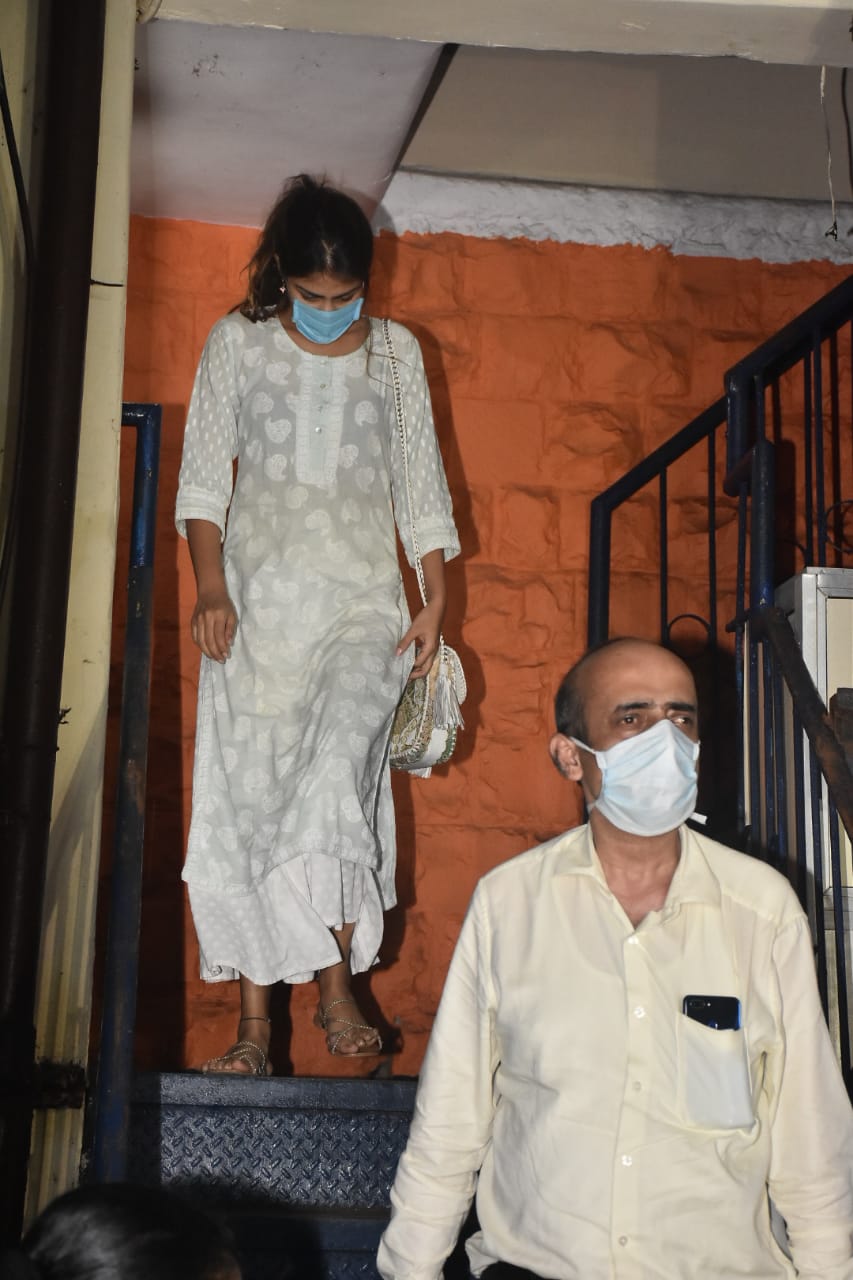 As per the reports, there are speculations of a professional rivalry therefore police is investigating the matter. Earlier, Maharashtra Home Minister Anil Deshmukh had tweeted that in Sushant Singh Rajput’s suicide case, ‘professional rivalry’ angle will also be a probe. NCP leader Jitendra Awhad has also demanded a detailed inquiry in the Sushant Singh Rajput suicide case. Awhad said that if these reports are true then what happened with Sushant is scary and no artiste should go through the same in the industry.

Jitendra Awhad added that if the late actor was ‘forcibly removed’ from the films, the truth should come out in the public.