Sushant Singh Rajput Death Case Latest News: It’s been two months to Sushant Singh Rajput’s death and every day there is a new shocking update in connection with the death case. The most shocking revelation till now has now come that the 34-year-actor from Bihar may have been killed using a stun gun. Yes, it’s true! One of the SSR’s followers claimed that Sushant was killed with the help of a stun gun (which is used to paralyze).Also Read - Pavitra Rishta S2 Trailer: Love Can Never Leave Archana And Manav, Though Family Drama Continues! 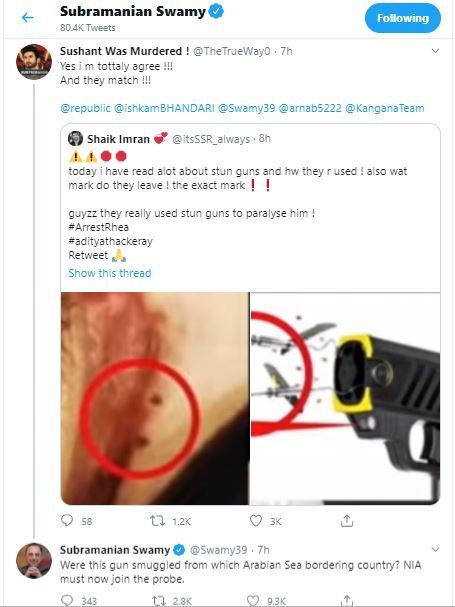 The stun gun theory, which has taken everyone by surprise, was originally posted by Raju Wadhwa, a practising doctor in Internal Medicine in the USA. As per him, the stun guns are used in Sushant’s case. He supported his claim by pointing the burn marks on the left side of the late actor’s neck. 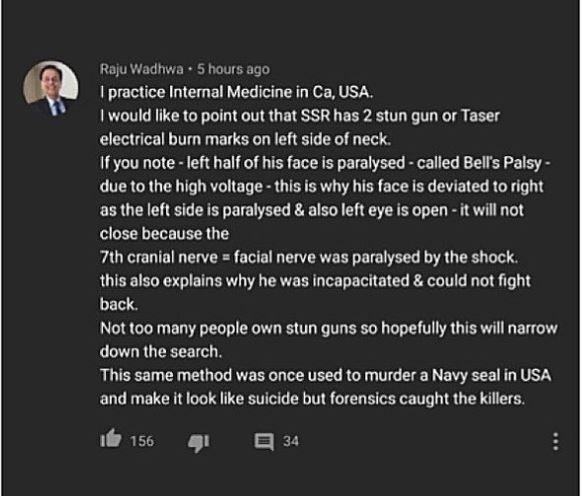 Meanwhile, the Enforcement Directorate (ED )has seized Rhea Chakraborty, her father and brother Showik’s mobile phones after questioning for 10 hours on Monday. As per the report in Times Now, the ED has seized two of the mobile phones of Rhea, one mobile of her brother Showik Chakraborty and one mobile of her father Indrajit Chakraborty. Their laptops and tabs have also been confiscated by the ED.

Check this space for more updates on the same.