It’s been a month to actor Sushant Singh Rajput’s untimely demise but fans, close friends and family are still disheartened, numb and shocked. His death due to suicide left a void in the hearts of the entire nation as well. Shekhar Suman, who has been actively speaking about Sushant Singh Rajput’s sudden demise on social media had requested the fans to light a diya and offer silent prayer on Tuesday, July 14 on Sushant’s one month death anniversary.Also Read - Sushant Singh Rajput's Sister Shweta Singh Kirti Feels Proud as Chhichhore Wins National Award

He took to social media to share the video where we can see a diya being lit before an idol of Sai Baba. Shekhar tweeted, “Sushant you brightened our lives like a divine flame and will continue to do so forever! The world will never forget you. you will inspire millions of “outsiders” who dared to dream.” Also Read - Sameer Wankhede Breaks Silence Over His Delhi Visit Amid Allegations of Corruption

Dear Sushant you will live forever in our hearts❤ pic.twitter.com/CdFH0LlFFJ

Sushant you brightened our lives like a divine flame and will continue to do so forever!The world will never forget https://t.co/wdzJSSFNSe will inspire millions of “outsiders”who dared to dream. pic.twitter.com/pqS3pZuSga

Shekhar Suman has also changed his Twitter DP to a collage of Sushant and him. 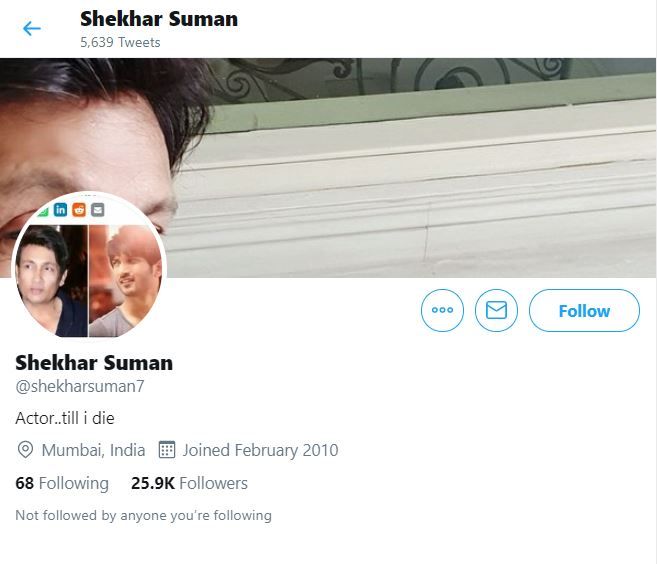 Sushant Singh Rajput committed suicide on June 14 at the age of 34. The final postmortem report has been received by police and the cause of death has been cited as asphyxia due to hanging. Till now Mumbai Police have interrogated a total of 30 people including his family, staff, household worker, Mahesh Shetty, Ankita Lokhande, Rhea Chakraborty, Sanjay Leela Bansali among others. As per the reports, the actor was suffering from clinical depression and has been receiving treatment for the same.