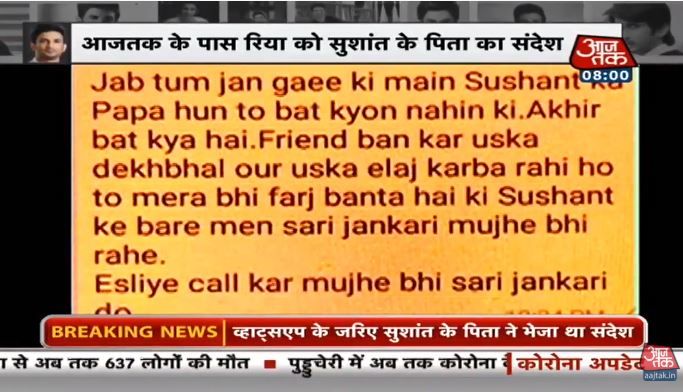 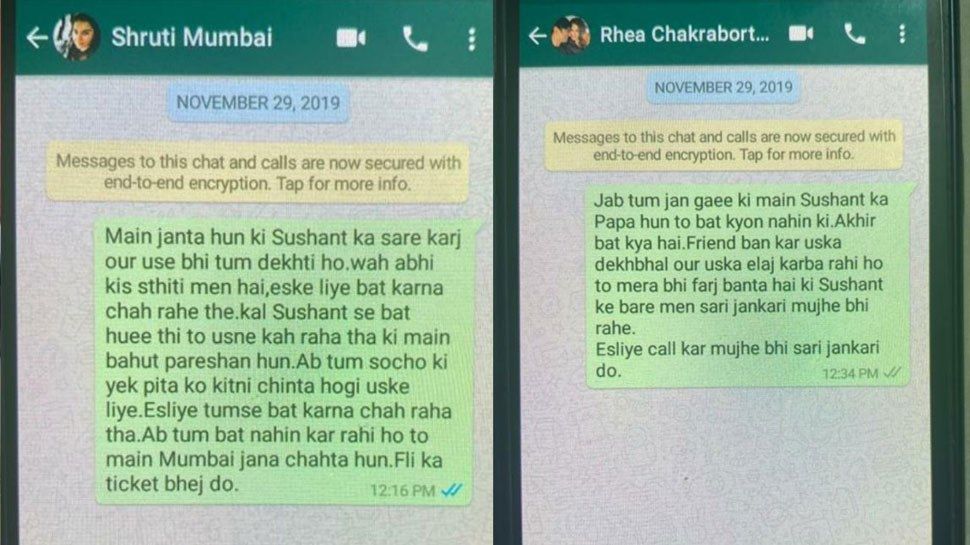 A few days ago, Rhea Chakraborty had shared screenshots of a WhatsApp conversation she had with her boyfriend Sushant Singh Rajput. The messages showed Sushant expressing concerns about his sister Priyanka’s behavior with Rhea.

Sushant Singh Rajput died by suicide on June 14 at his Bandra residence, and the Rajput family has accused Rhea and her family of abetting it and filed a money laundering case.

Meanwhile, the Central Bureau of Investigation (CBI) has taken over the case from Mumbai Police and will be investigating the matter. The Enforcement Directorate (ED) on Monday has grilled Rhea Chakraborty, his father, brother, and business manager Shruti Modi over an FIR filed by Sushant Singh Rajput’s father KK Singh.