Actor Sushant Singh Rajput’s flatmate Siddharth Pithani who was summoned by the Enforcement Directorate (ED) in the Rhea Chakraborty money laundering case on Saturday, finally appears at the ED office in Mumbai to record his statement. He is the sixth individual to join the probe marathon conducted by the agency. Siddharth Pithani is coming for the first time as he didn’t appear before the agency for questioning in the case on Saturday. Also Read - SSR’s Friend Yuvraj Singh Claims CBI Should Interrogate Disha Salian's Fiancé Rohan Rai to Solve The Case

Earlier today, Rhea Chakraborty, her brother Showik Chakraborty, father Indrajit Chakraborty and business manager Shruti Modi have appeared before the ED for another round of grilling. Through questioning, the ED is trying to investigate the claim that Rhea and others tapped Rs 15 crore from Sushant’s bank account and repeatedly harassed him for financial gains. The questions will revolve around their income, investments, business and professional deals. Also Read - NCB Chief Rakesh Asthana Reviews Evidence in Bollywood Drug Nexus Case, Meets Officers

Have a look at the pictures of Siddharth Pithani spotted outside the ED office today: 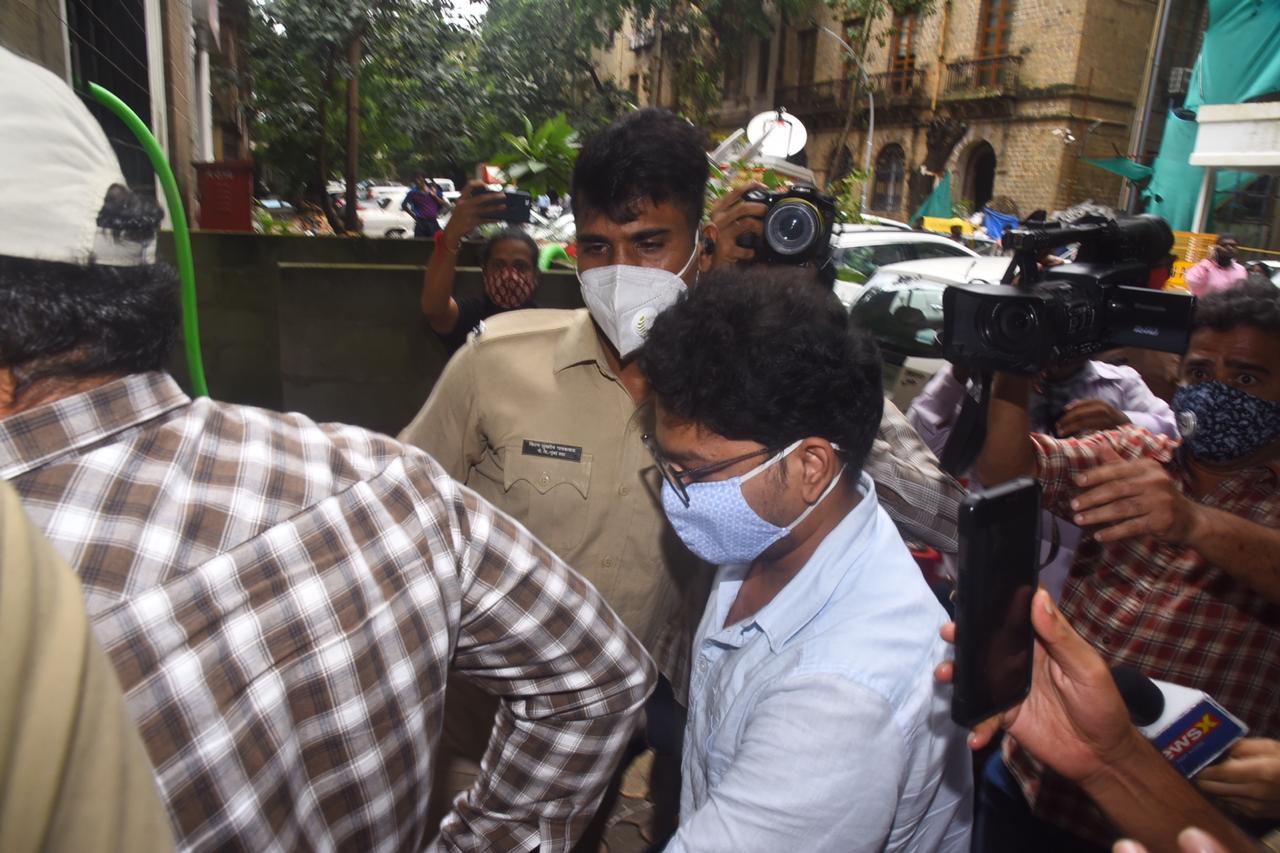 Siddharth Pithani has claimed that he was the first person who saw the late actor’s dead body hanging to the ceiling fan of their apartment at Bandra’s Mont Blanc building on June 14. Pithani was also a good friend of Rhea, however, he mentioned that he did not know Rhea in his statement to the news channel a few days back. Also Read - 'Twinkling Eyes'! Sushant Singh Rajput's Sister Shweta Singh Kirti Shares Unseen Teenage Photo of Late Actor

Meanwhile, CBI has also registered an FIR against Rhea, her family members, Pithani and others in the case. They will reportedly record the statement of Sushant’s father KK Singh today at the residence of his son-in-law OP Singh, who is the Police commissioner of Faridabad.

CBI is hopeful they will get some information and clarity from the Supreme Court tomorrow, i.e. August 11 as the apex court will be hearing Rhea’s application again seeking the transfer of the FIR filed from Patna to Mumbai.