Check out these new still of Madhuri Dixit from Tabaah Ho Gaye song. Is there anyone else who can look as graceful as she does in Kalank's song?

The buzz around Kalank‘s new song Tabaah Ho Gaye is quite high. The only reason being it’s a solo song featuring actor Madhuri Dixit in all her dancing glory. The song has the actor showing some stunning classical dance moves. In order to add more excitement to the buzz, Dharma Productions has released a few new stills of Madhuri from the song. The actor looks gorgeous in each still. Dressed in a heavily embellished orange-coloured anarkali, Madhuri Dixit looks like a dream. Each still showcases her holding a new posture as part of her dance sequence. Also Read - Alia Bhatt Reminiscences Her Childhood Days As She Plays With Kids in Heart-warming Video | WATCH

The big song has been choreographed by Saroj Khan and Remo D’Souza. The vocals of Tabaah Ho Gaye are given by Shreya Ghoshal. This is the song that also finds great importance in the film’s narrative. As revealed by Madhuri herself, it takes the viewer back to the past of each character and unfolds their journey one by one. Check out these stills of Madhuri Dixit from Tabaah Ho Gaye: Also Read - Saroj Khan's Daughter Sukaina Reveals That Granddaughter Is Still Unaware Of Legendary Choreographer's Death

The queen is back and taking over the dance floor! Leave a 👑 below if you’re excited to watch @MadhuriDixit in #TabaahHoGaye! Song out today!@duttsanjay #AdityaRoyKapur @Varun_dvn @aliaa08 @sonakshisinha @abhivarman @ZeeMusicCompany #Kalank pic.twitter.com/ZFUjViVqwW Also Read - Sanjana Sanghi Signs 'Om: The Battle Within' Opposite Aditya Roy Kapur, Talks About Losing Sushant Singh Rajput 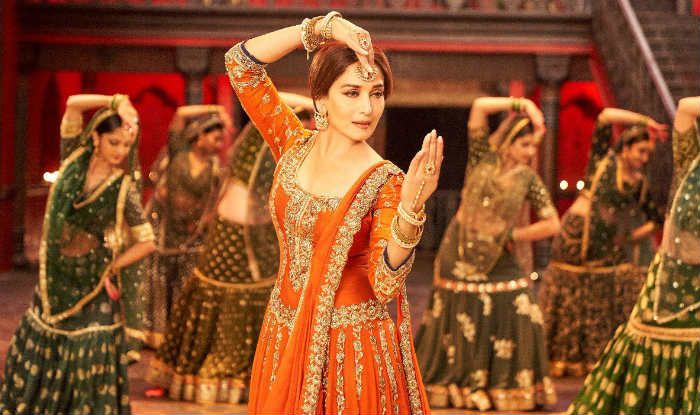 Earlier, the actor was seen alongside Alia Bhatt in another classical dance number from Kalank, titled Ghar More Pardesiya. However, she didn’t take over the floor by dancing, rather it was entirely an Alia Bhatt’s show. Madhuri was seen singing and expressing amazement over Alia’s character, Roop’s dancing skills in the video. Watch it here:

The film features Madhuri in the role of Bahaar Begum. The character was earlier meant to be done by actor Sridevi. However, her sudden death put Madhuri on board and now, her fans can’t wait to see her spreading magic on-screen again.

Tabaah Ho Gaye is also expected to remind the viewers of Madhuri’s dance sequences from Sanjay Leela Bhansali’s Devdas (2002). The actor played the character of Chandramukhi and had many grand dance numbers in the film. Her iconic song Maar Dala and Dhai Sham Rok Lai are still considered path-breaking. Another song from the film, Dola Re, had her sharing screen space with Aishwarya Rai Bachchan. It’s one of the most stunning dance numbers ever in the history of Indian cinema.