Taimur Ali Khan is the cutest star kid on the block. With his over grown hair, and chubby cheeks, not to forget the rosy lips and milky complexion, he has won the hearts of almost everyone who long for his pics on the internet. The one and half year boy is every photographer’s dream come true and not a single outing of his goes unnoticed. He has the potential to brighten up anyone’s day with his cuteness. Well, the little one completely stole our attention a few days ago when mommy, Kareena Kapoor Khan and daddy, Saif, took him along for Sonam Kapoor – Anand Ahuja’s much talked about wedding. Dressed in light pink, that matched his complexion the little one looked absolutely adorable. However, it was his pony tail that made him extremely endearing.Also Read - Kareena Kapoor Khan Shares Throwback Childhood Photo From a Christmas Party In 80s | See Picture

Well, today the little munchkin is back in all his glory being carried by a man on his shoulder. Taimur definitely seemed to be in a good mood today and from the great height that he was in, the little fellow managed to catch a glimpse of the shutterbugs. He will definitely grow up to be a very camera friendly person like his mother Kareena. Well, while there’s a long way to go for that to happen, here take a look at his pics from earlier today. Taimur is looking absolutely cute with his hair tied into a top bun. Also Read - Karan Johar's Dream Project Takht Shelved Due To 'Controversial Mughal History'? 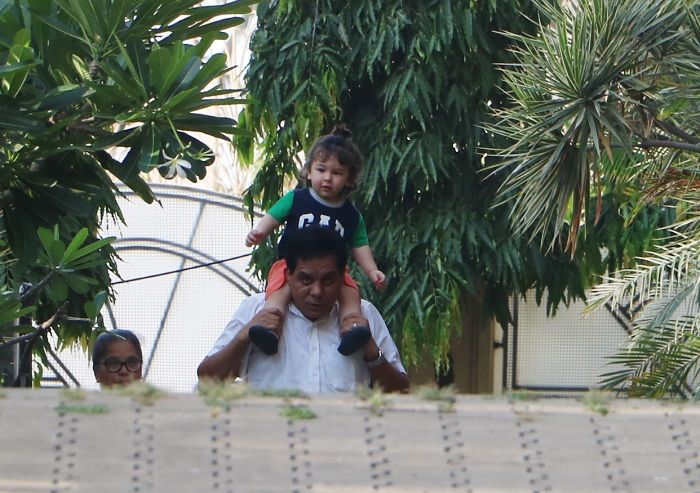 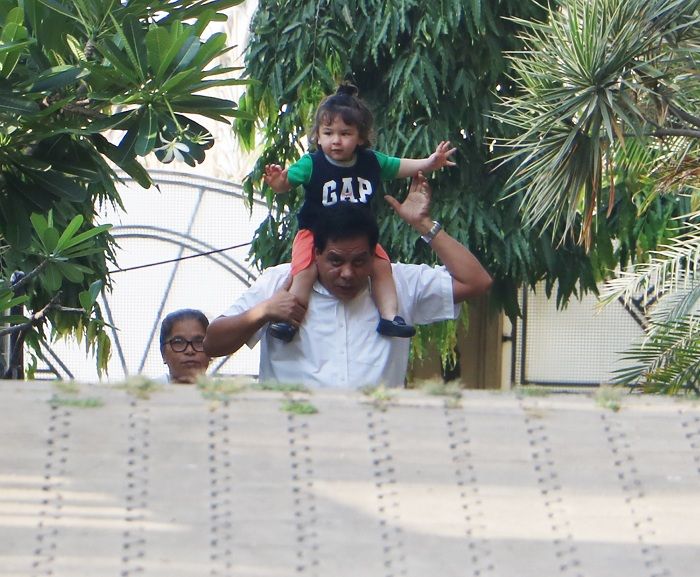 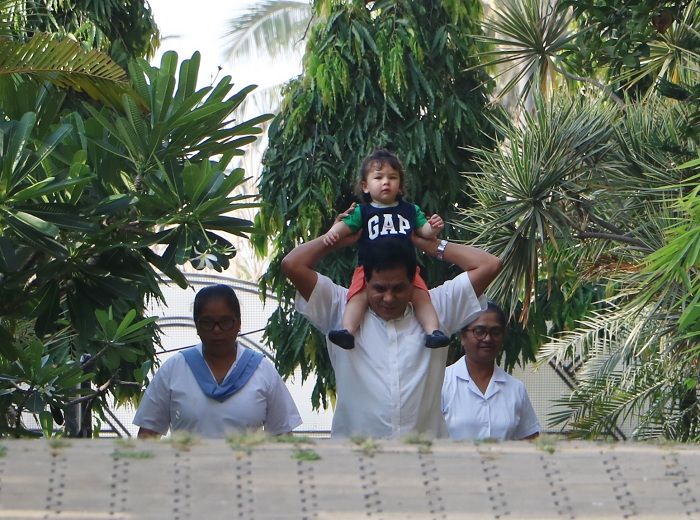 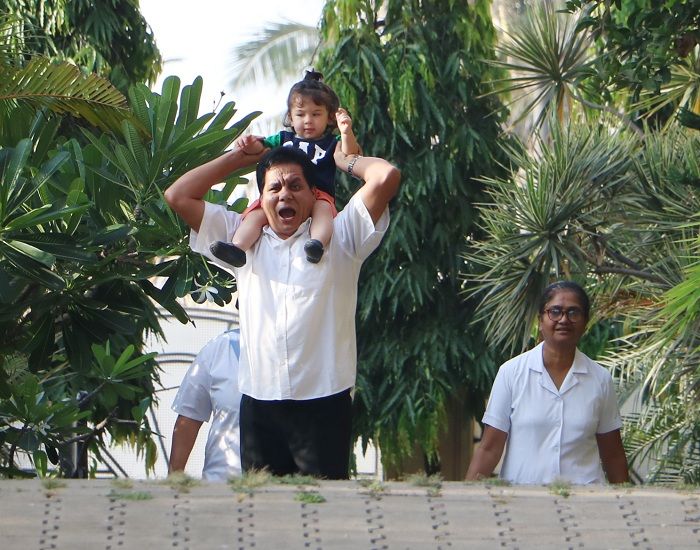 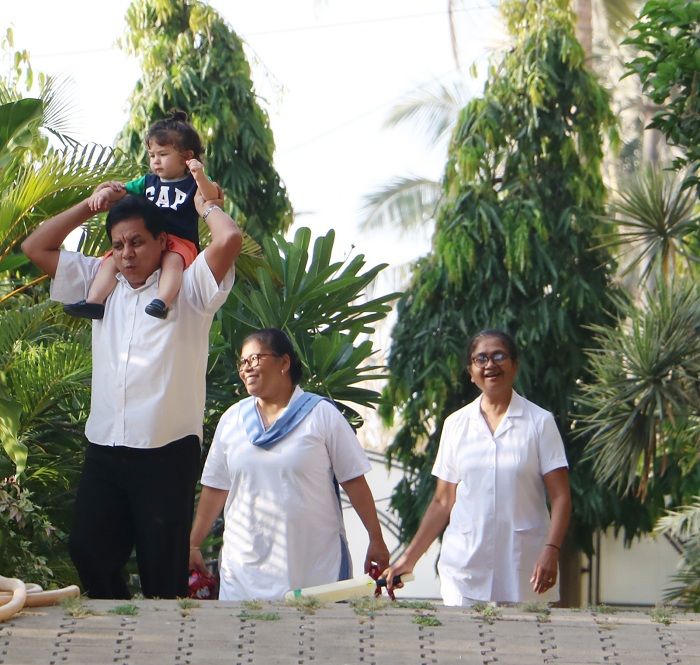 Well the pics were taken at Amrita Arora’s residence. Looks like he spent his day with his mum’s best friend. Kareena is at the moment busy with the promotions of her upcoming film, Veere Di Wedding that is slated to release on June 1. The film also stars Sonam Kapoor, Swara Bhasker, Shikha Talsania and Sumeet Vyas in the lead. The film is helmed by Shashanka Ghosh and bankrolled by Ekta Kapoor, Rhea Kapoor and Nikhil Dwivedi. We definitely can’t wait to watch the film hit the screens. After all, Kareena is all set to make her most awaited comeback with this film.