Saif Ali Khan and Kareena Kapoor Khan’s son Taimur Ali Khan is one of the most popular star kids. He is being followed by the shutterbugs ever since his birth. Every time he steps out of the house, his pictures instantly go viral on social media. In the latest ones, he can be seen chilling with his father. The pictures are indeed cute but seems like mini nawab is not in a good mood.Also Read - Palak Tiwari-Ibrahim Khan Spotted Together Coming Out of Late Night Party, Fan Says ‘Inki Karado Yaar’ - Watch Viral Video

In some of the clicks, he can be spotted crying. Saif, on the other hand, is lost in his own thoughts. The actor looked cool in a casual avatar whereas his son donned green t-shirt with white shorts. It goes without saying that Saif never forgets to take out time for his little bundle of joy. Also Read - Palak Tiwari Finally Breaks Silence on if She's Dating Ibrahim Ali Khan And Why She Was Hiding That Day 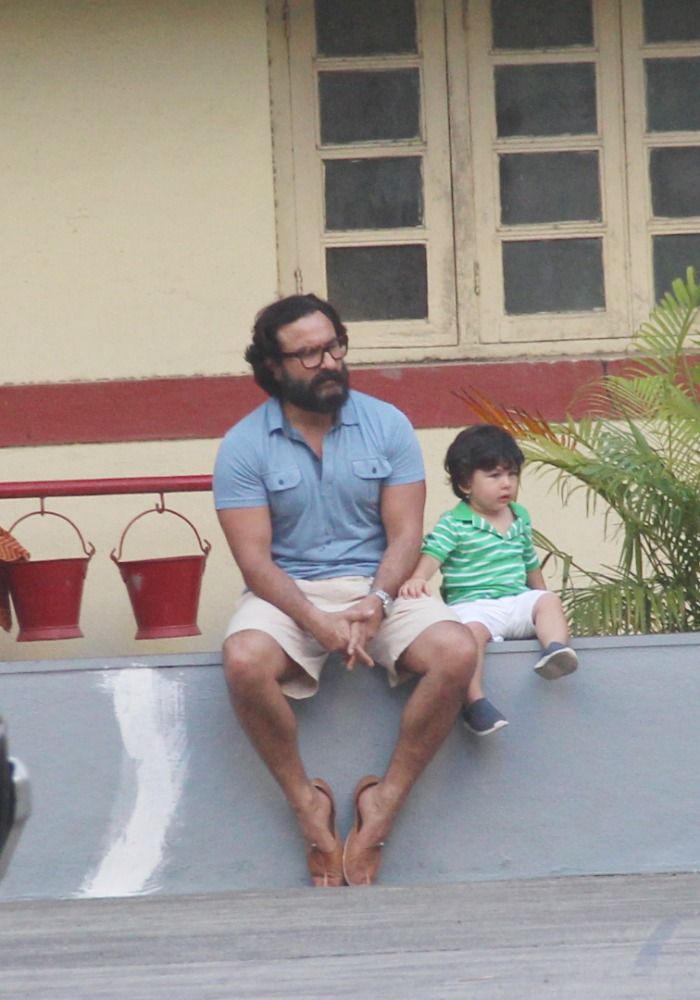 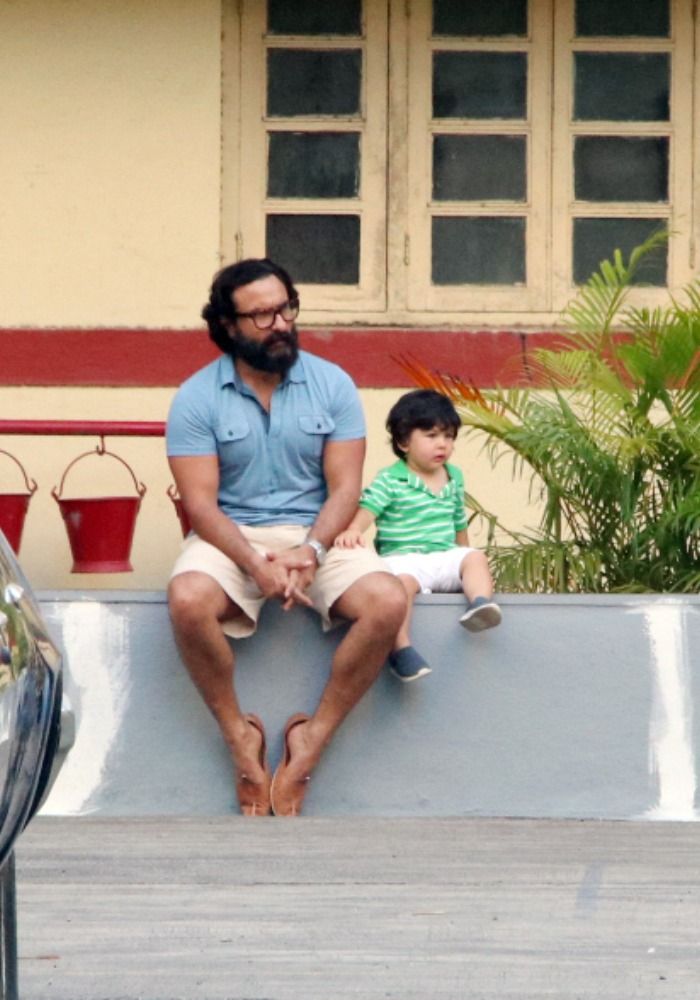 Well, it goes without saying that Taimur is not only the internet’s favourite kid but photographers also love him. He always manages to steal limelight from his parents and people can never get enough of his cute pictures. Also Read - Kareena Kapoor Stuns in a Pink Manish Malhotra Saree at Ranbir-Alia Wedding - See Pics

The example of his fandom was seen a few days ago when his nanny shooed away a man, who tried to take selfie with the star kid.

Earlier, in an interview, Saif himself stated that Taimur is aware of the fact that he is a star and commenting on it, Kareena said, “he has gone on his mother.”
On a related note, Saif is riding high on success after he received positive response for his web series, Sacred Games.