Tusshar and Kareena came to pick their kiddos from school.

Kareena Kapoor Khan has been super busy with the promotions of her next release – Veere Di Wedding which will hit theatres this Friday. The film is one of the most awaited films of the year as Bebo will be seen on the big screen after a gap of two years. While the actress has been busy with the promotions of VDW, she is making sure she takes time out for her adorable munchkin. A while ago, Kareena came to pick Taimur Ali Khan from his school. The little one is often seen with his nanny while heading from home from school but seems like his mommy dearest decided to surprise him today. Also Read - Kareena Kapoor Khan is Not Sure If Taimur Ali Khan is Stretching Post Yoga Or Nap | See Photo

Apart from Kareena and Taimur, we also spotted her bestie Tusshar Kapoor who came to pick up son Lakkshya Kapoor from school. We wonder if Taimur and Lakkshya are heading out for a playdate after their school. In the past too, they have been seen spending time together at birthday bashes and play dates. While Kareena looked gorgeous as she made a casual style statement in a striped t-shirt, denims and white sneakers, her munchkin looked super cute in a white t-shirt and orange shorts with his new haircut. Take a look at their pictures below: Also Read - Who is Aliya Kapoor? Check Hot Pics of Shashi Kapoor’s Granddaughter And Kareena Kapoor’s Cousin 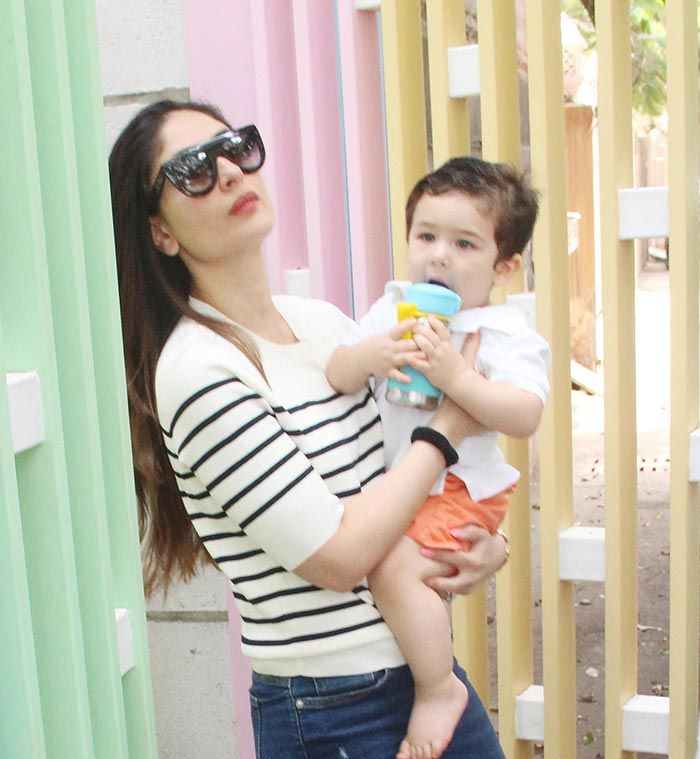 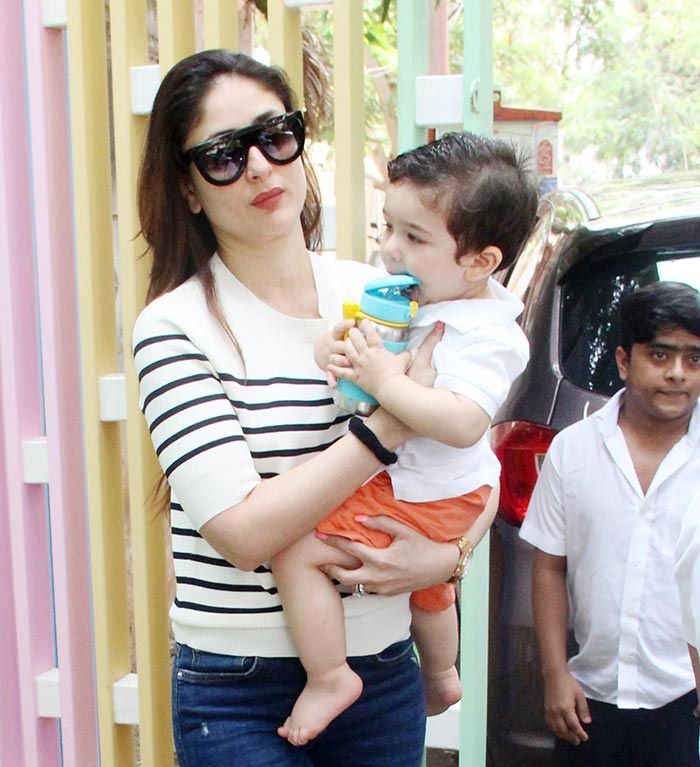 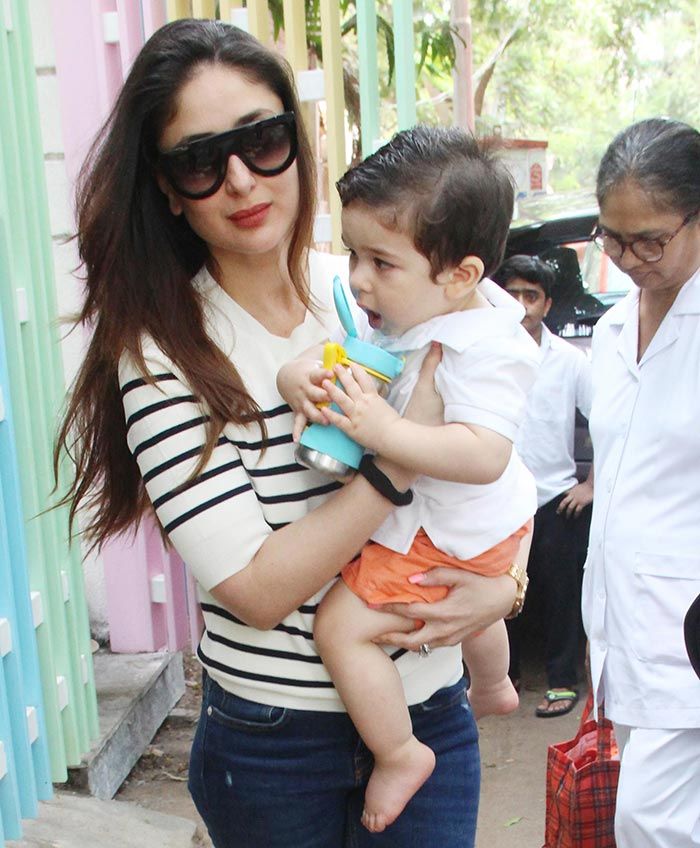 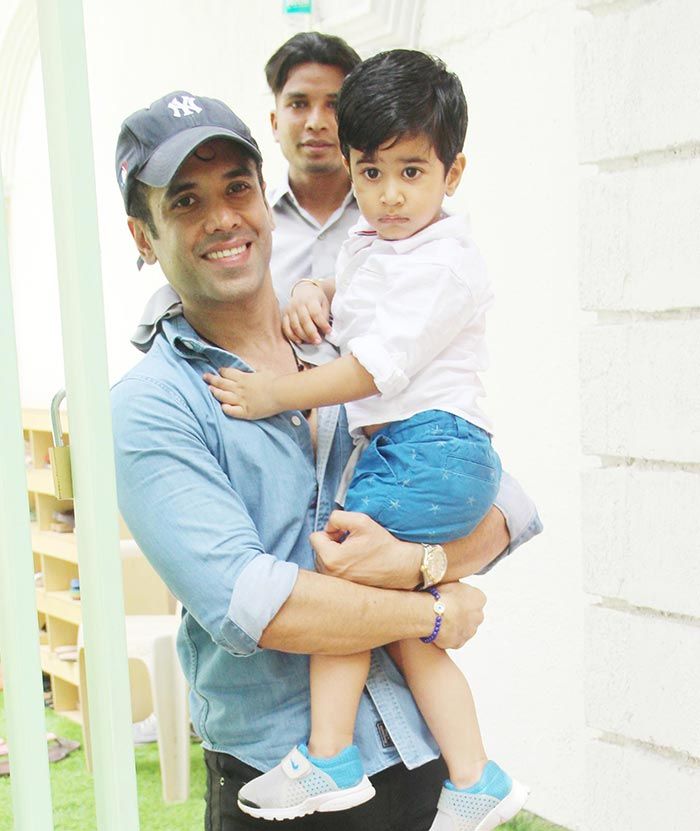 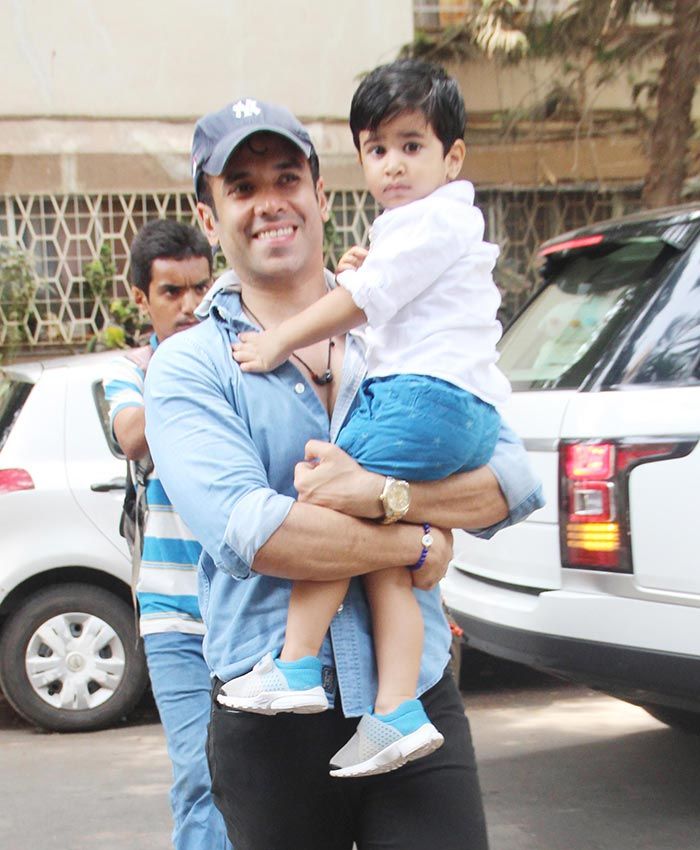 Recently during one of the interviews, Bebo expressed her displeasure with the photographers for tailing Taimur everywhere. In an interview to DNA, she said, “We just want him to lead as normal a life as possible. That’s the most important thing for him. I’d like the paparazzi to not shoot pictures of him every moment. I don’t want his life to be documented. He is only 17 months old, once or twice is enough, but not the constant badgering.”