Our obsession with Saif Ali Khan and Kareena Kapoor Khan‘s little munchkin, Taimur Ali Khan, is never-ending. This year-old sugar ball has become an internet sensation ever since his birth, and it is not hard to see why. Whenever a picture of the kid surface, it takes over the internet by storm. The toddler is undoubtedly Bollywood’s most adorable prince charming and more than Kareena or Saif, we are keen on knowing what our cutiepie is up to. Today being Holi, the little bundle of joy celebrates his first Holi. Also Read - Kareena Kapoor Khan Wears an Anita Dongre Kaftan Worth Rs 20,000 at Her Birthday Bash - See Pics

Our litle Nawab, who had flown to Rajasthan with mommy Kareena Kapoor to see Saif (who is currently shooting for his upcoming project there), has returned from their brief vacay at Rajasthan; Kareena and Taimur were recently spotted at the Mumbai airport. There’s no better place than Mumbai to have fun on this festive day, is there? Also Read - Kareena Kapoor Khan 40th Birthday: Priyanka Chopra's Wish For Bebo is Full of Kisses, Pouts And Glamour

Taimur, who has been the eye candy of the paparazzi ever since his birth, and mother Kareena were snapped at the airport. The little munchkin was seen posing for the paparazzi, handling them like a boss as he makes his way out of the airport. The little star was looking uber cute in a bright orange tee and a plain navy blue bottom. Going by the pictures, don’t you see a slight change? Doesn’t he look grown up all of a sudden in these pictures. Is it just us or do you also feel Taimur Ali Khan has suddenly grown up. Also check out the sexy Kareena Kapoor as she walks out of the ariport in a stylish avatar. She aced the style game at the airport.  ALSO READ: Taimur Ali Khan Enjoys A Jeep Ride In Rajasthan With Kareena Kapoor Khan And Saif – See Pic Also Read - Fabulous 40: Kareena Kapoor Khan’s Birthday Cake, Party Pictures With Family, Pregnancy Glow Are Unmissable 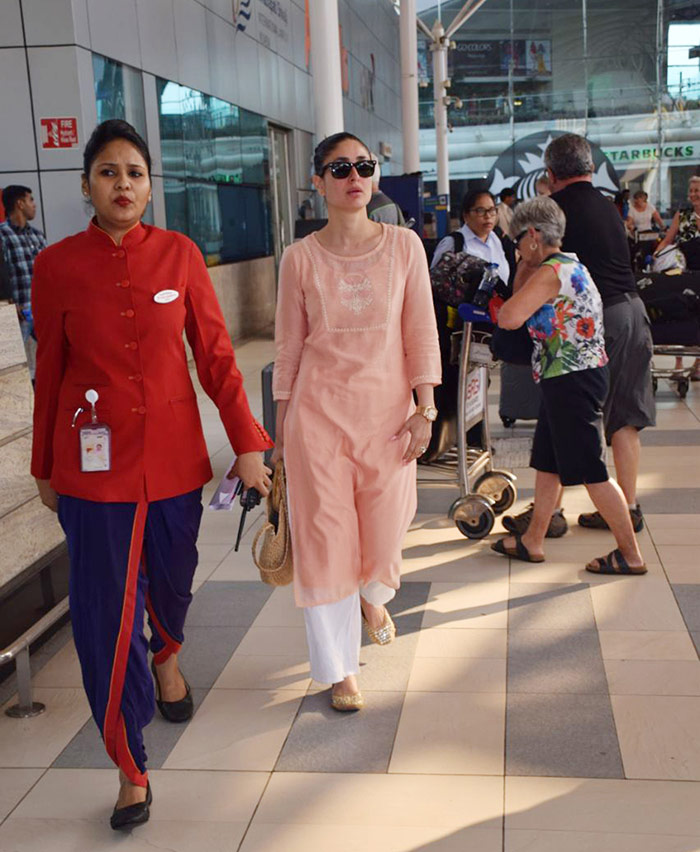 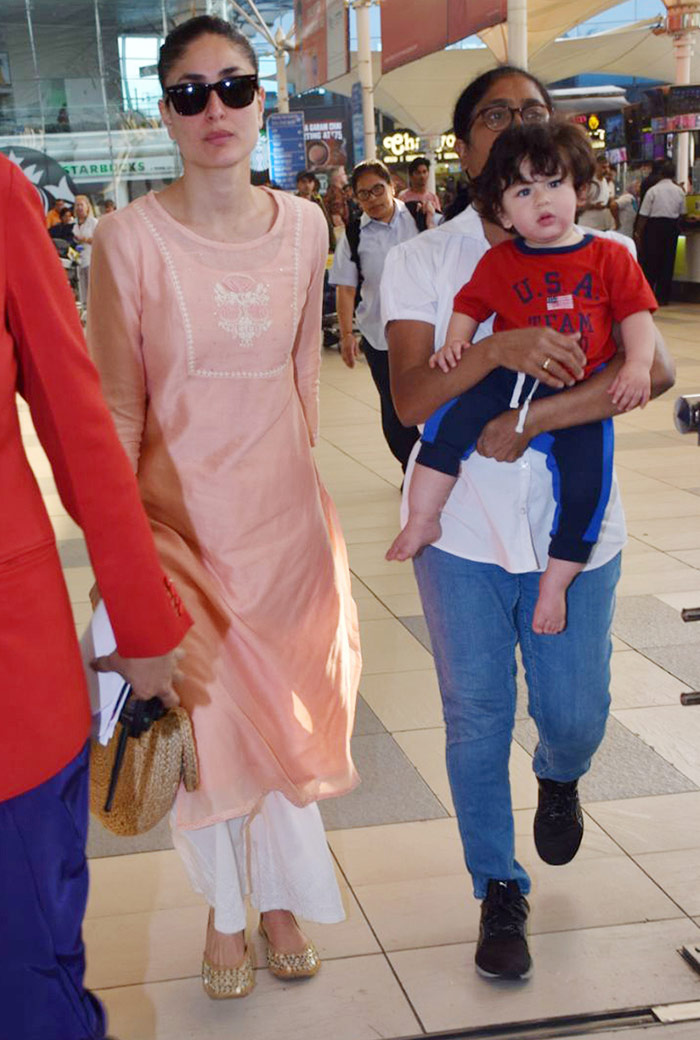 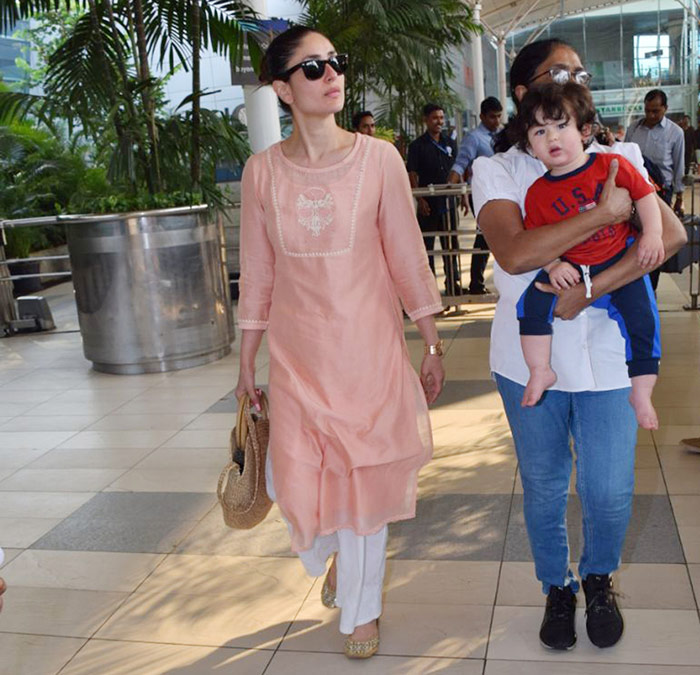 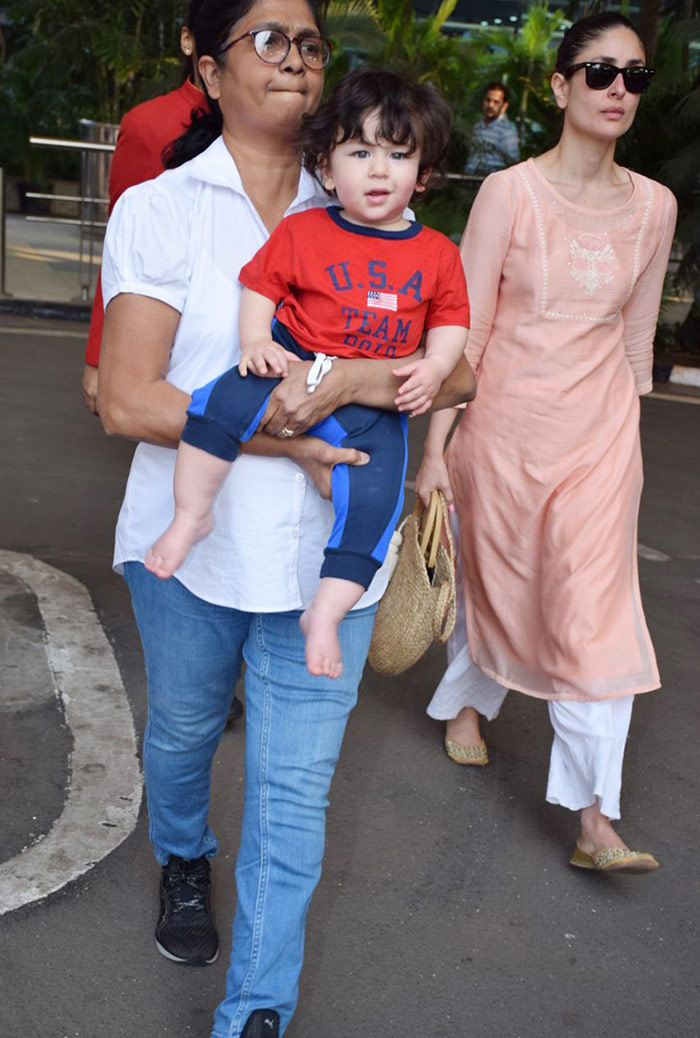 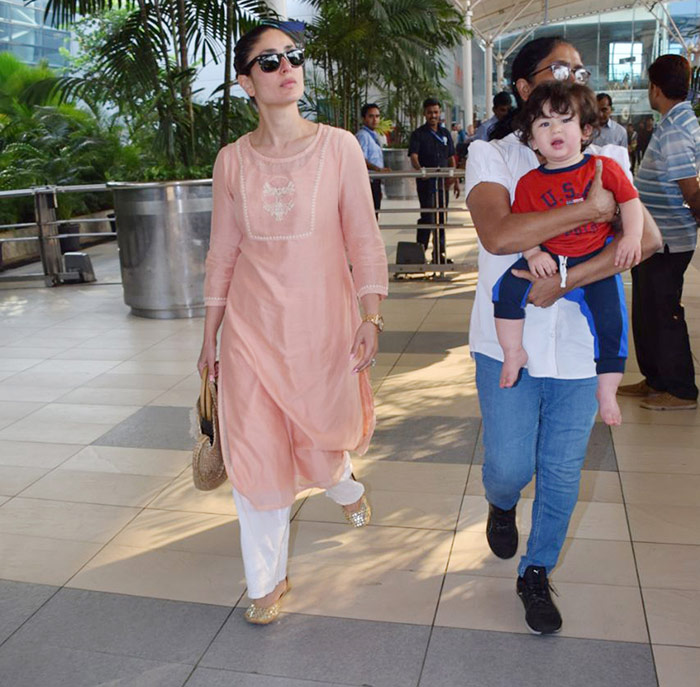 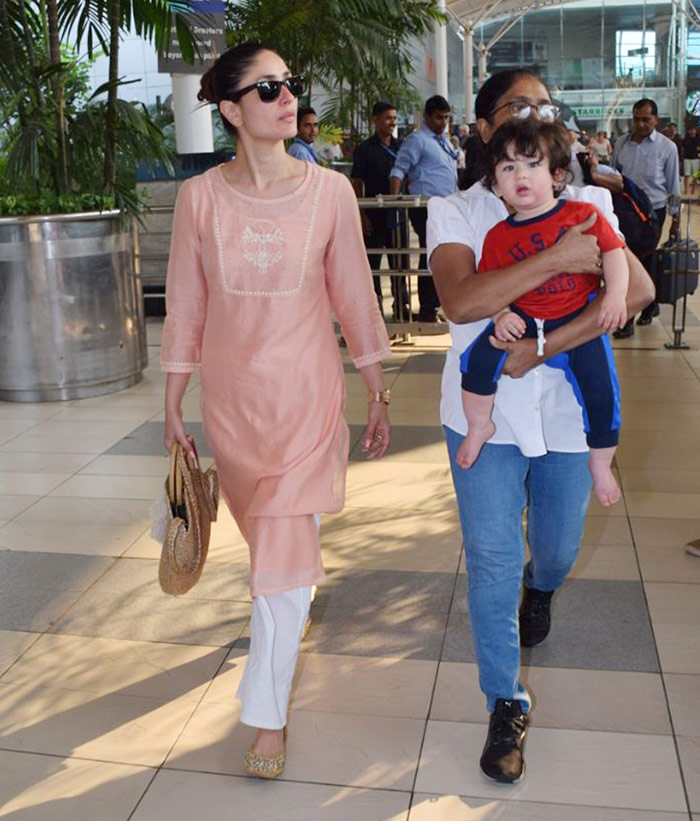 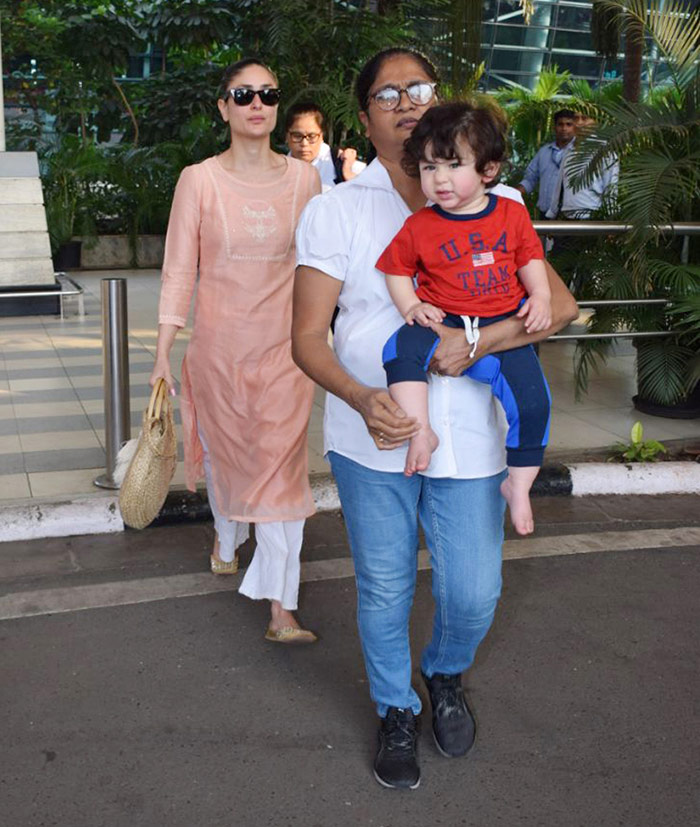 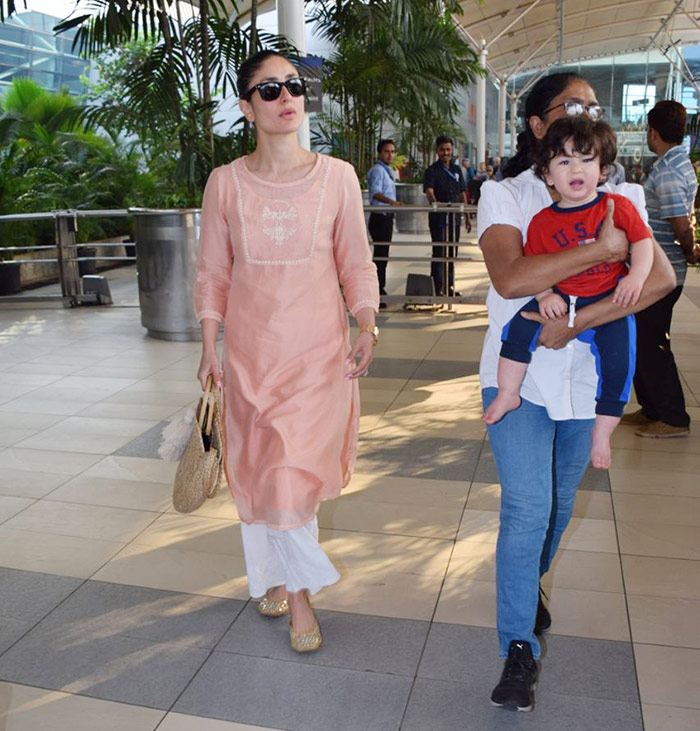 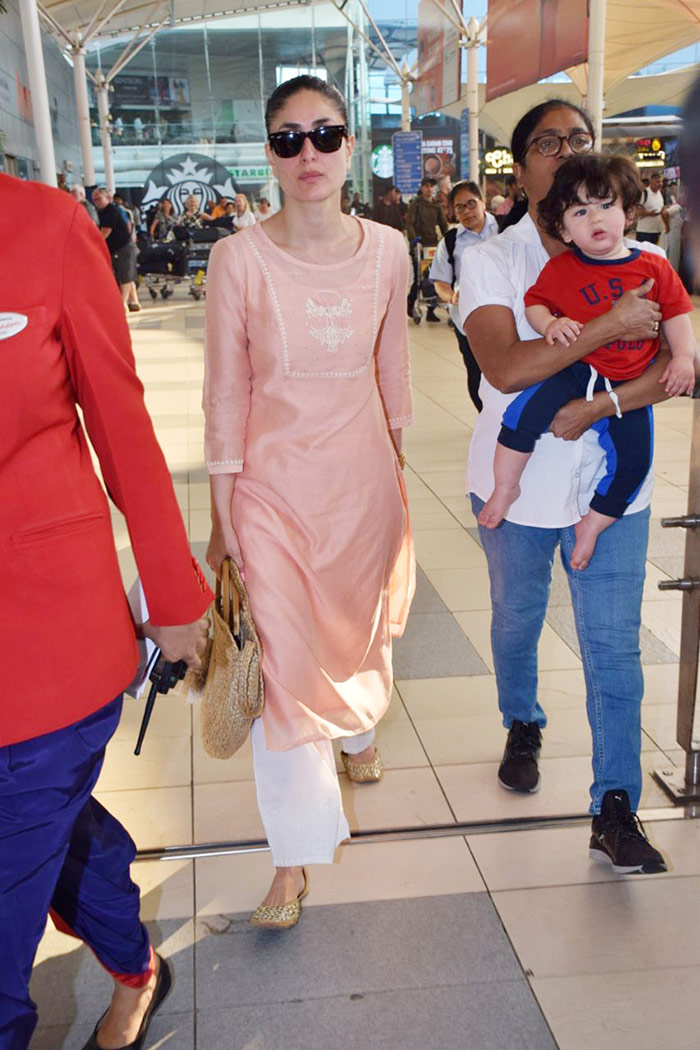 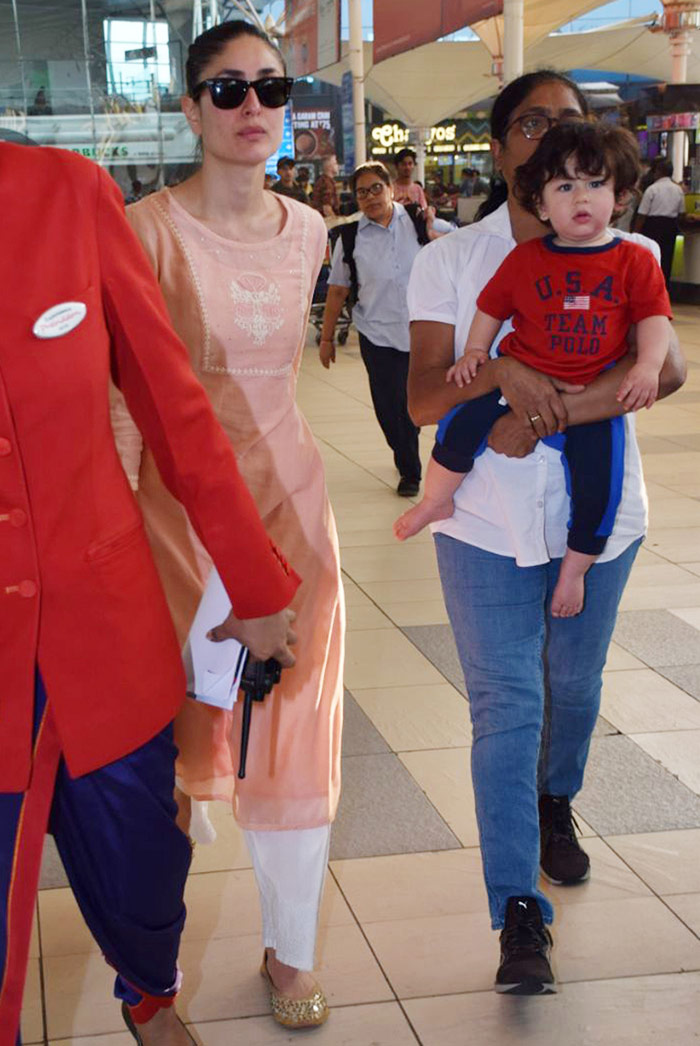 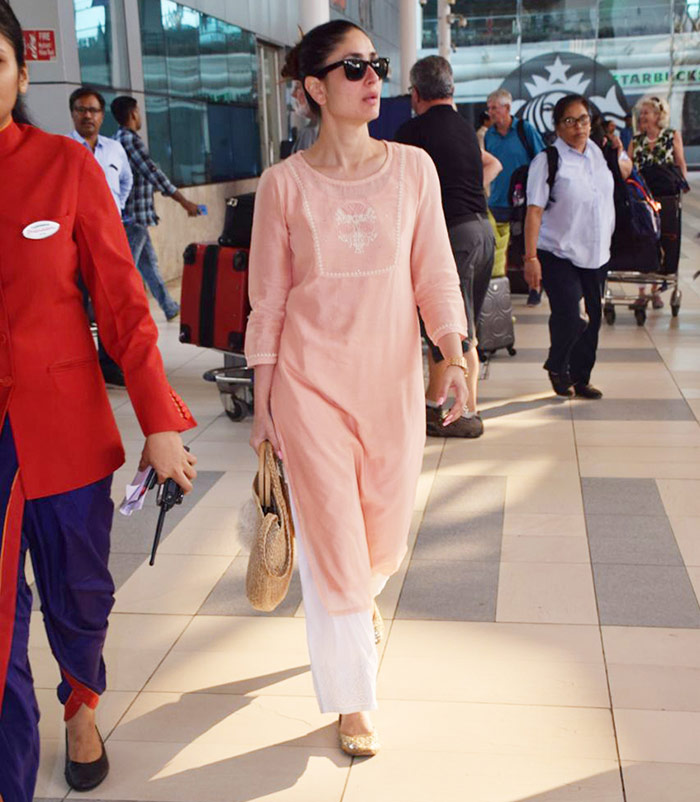 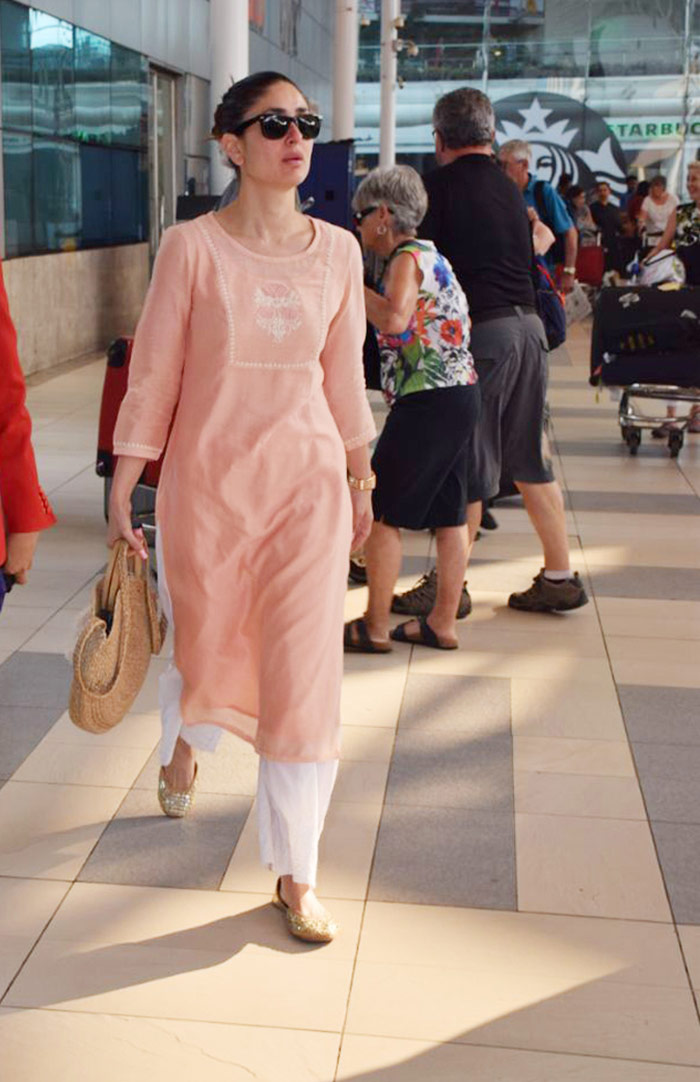 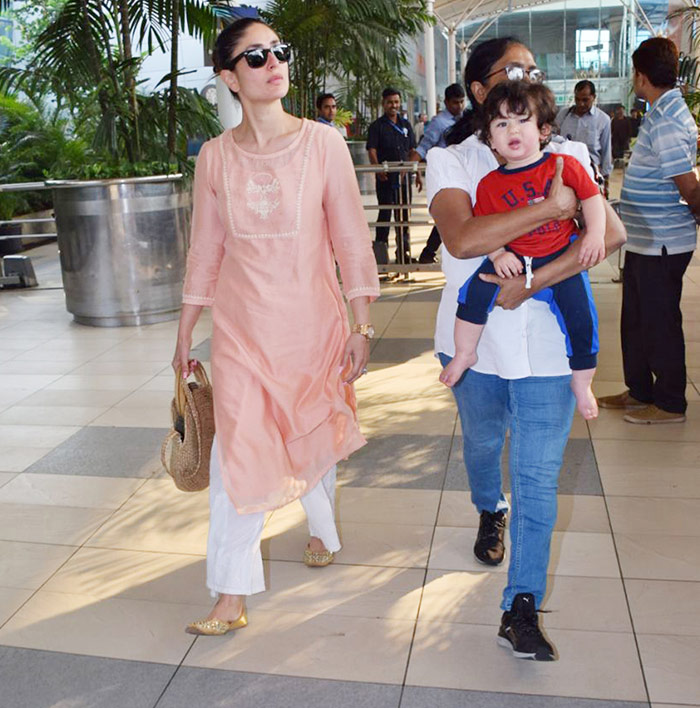 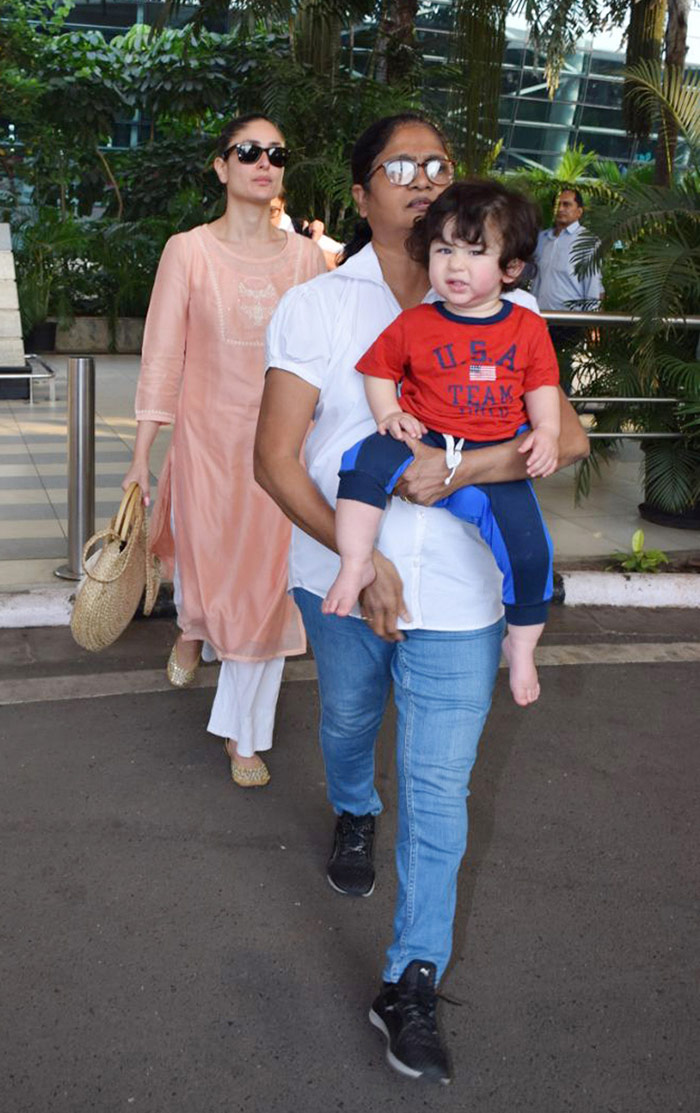 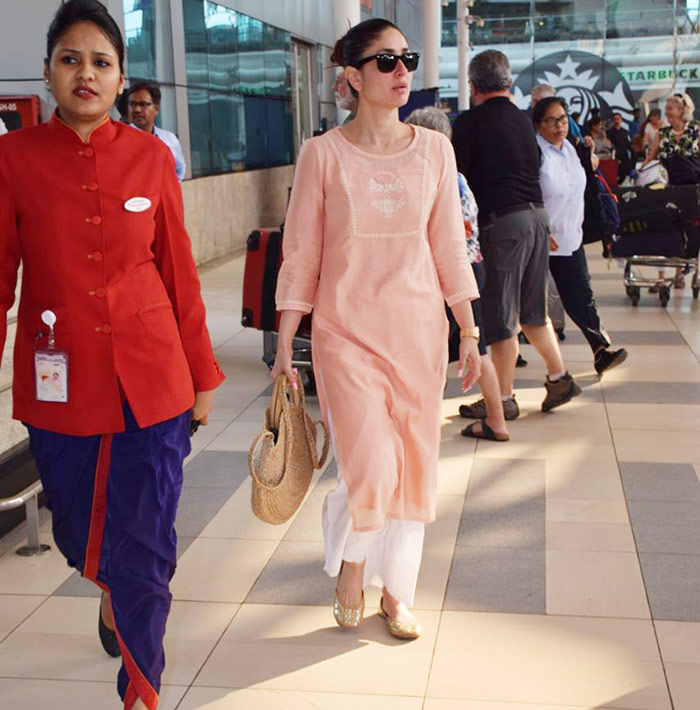 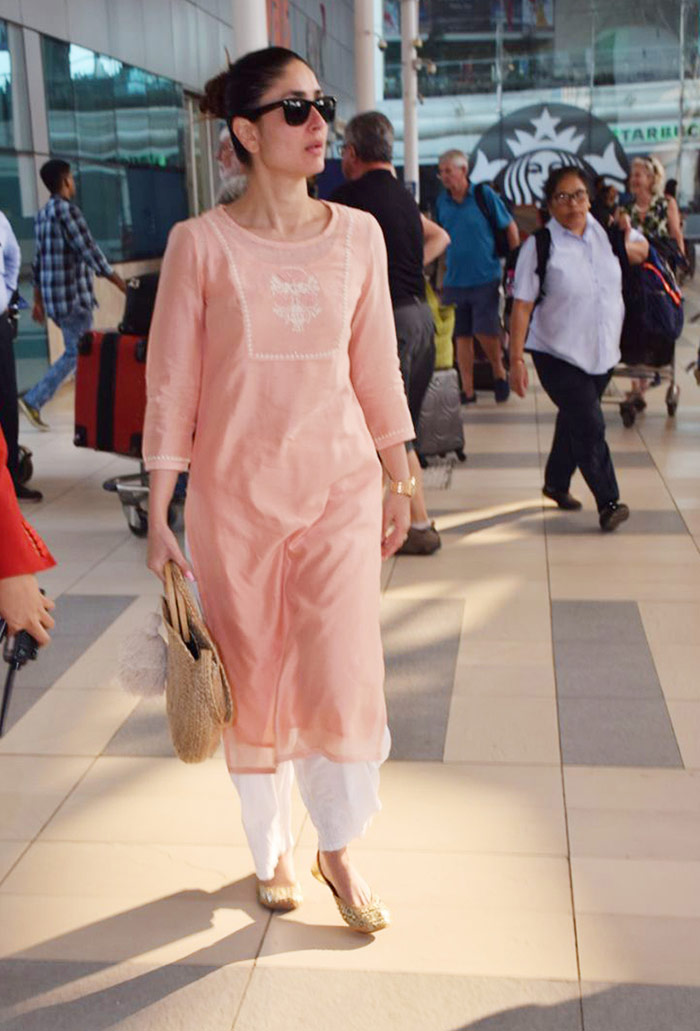 A post shared by Taimur ali khan (@taimuralikhanpataudiakanawab) on Mar 1, 2018 at 5:28am PST

Kareena’s little munchkin, who turned a year old on December 20, 2017, had a classy birthday celebration held at Pataudi Palace with only family and close friends from the B-Town were in attendance. Taimur is already a rage on social media; he has a fan following of his own. His fans always keeps us updated with his whereabouts and about everything he does. Here’s wishing Taimur a super colourful Holi! We wish, we get to see Taimur’s Holi pictures too!

On the professional front, Kareena is all set to return to the silver screen post pregnancy with Veere Di Wedding. Besides Kareena, the film also features Swara Bhaskar and is all set to release on June 1. Kareena is also in talks for several other Bollywood films, but the actress has not signed any film so far. Watch this space for further updates.