Taimur recently met his cousin Inaaya for a playdate. We can't wait to see pictures of them having a great time.

Taimur Ali Khan has been accompanying mommy Kareena Kapoor Khan for her shoots of late. The little one poses for the shutterbugs each time he steps out just like Bebo. We can’t get the adorable mother-son duo. Their pictures make our day brighter. Today Taimur and Kareena were spotted outside the actress’s BFF Amrita Arora’s house. A few minutes within this, we also saw Soha Ali Khan, Kunal Kemmu with their lil princess Inaaya Naumi Kemmu at Arora’s residence. Seems like Taimur and Inaaya met up for a playdate. (ALSO READ: Taimur Ali Khan Goes From Being Super Happy To Cranky In Less Than Five Minutes – See Pics ) Also Read - Kareena Kapoor Khan Makes Wedding Anniversary Post For Saif, Reveals They Bonded Over Wine And Spaghetti

Kareena looked super cool as she teamed up a green t-shirt with denims and white sneakers while the munchkin was spotted in a red and white striped tee and khaki shorts. We love how the two are totally dressed for the season. While Bebo’s baby boy looked super amused while getting clicked by the paparazzi outside Amrita’s Bandra residence, Soha tried to protect her daughter’s eyes from the flash. Take a look at the pictures below. (ALSO READ: Taimur, Kareena Kapoor Khan At Inaaya Naumi Kemmu’s Half Birthday Party (PICS) ) Also Read - Kareena Kapoor Khan Wraps up Laal Singh Chaddha With Aamir Khan in Delhi, Shares Pic 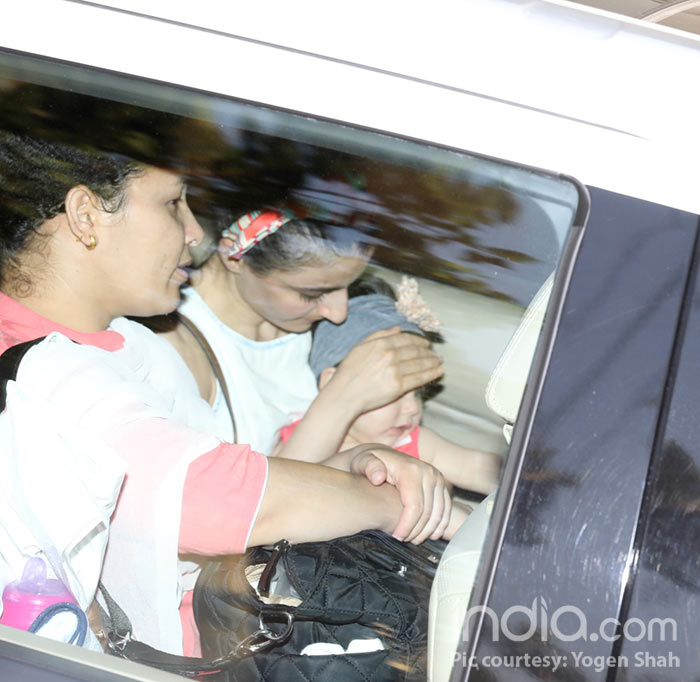 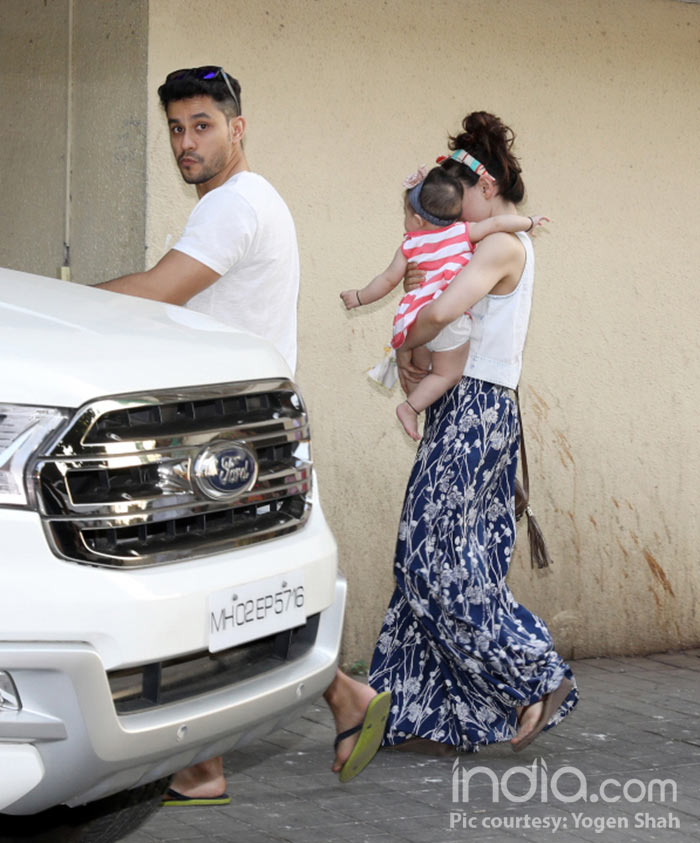 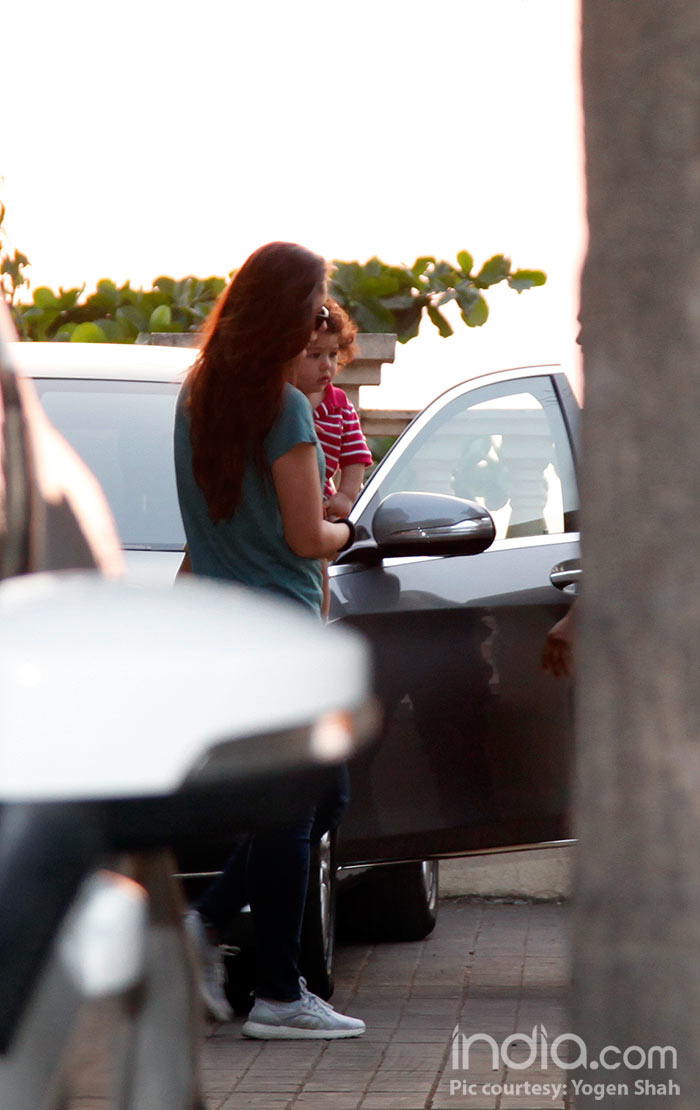 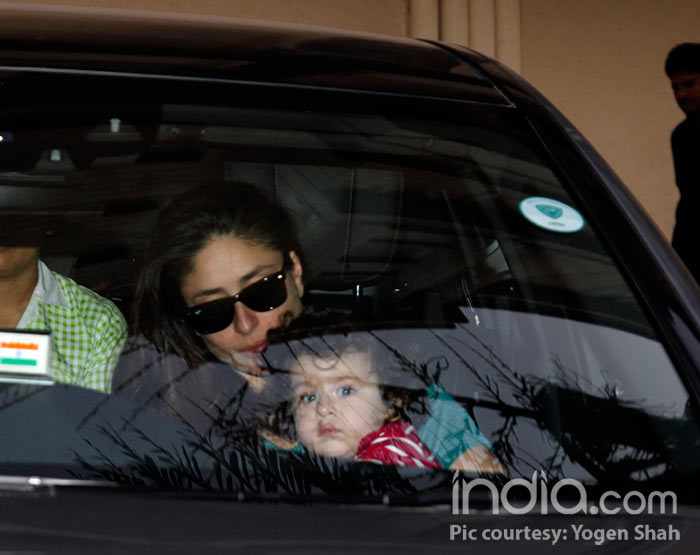 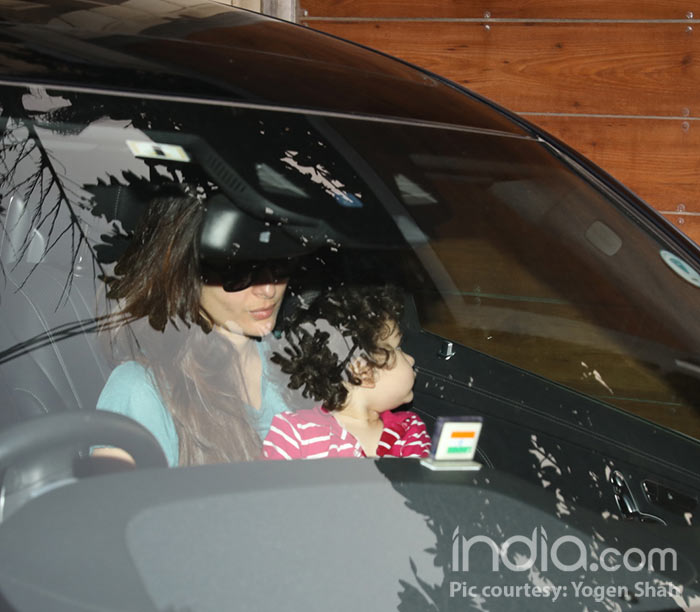 Soha recently spoke about how the constant attention to the little ones worries her. A few days ago, Soha had shared a super cute picture of Taimur and Inaaya and it broke the internet in no time. While talking about their popularity, Soha said, “They are too small now. I don’t understand about their fan following but, of course, she is my daughter, so I find her cute. People around me get worried because recently I uploaded a picture of Inaaya on Instagram, but they thought that she will catch the evil eye.”