Kareena Kapoor Khan and Saif Ali Khan‘s little munchkin Taimur Ali Khan is undoubtedly the cutest star kid on the block. With his overgrown hair, chubby cheeks, not to forget the rosy lips and milky complexion, the blue-eyed boy has won the hearts of almost everyone, who long for his pics on the internet. The kid is also paparazzi’s favourite child, all thanks to his adorable and effortless charm. Also Read - Kareena Kapoor Khan, Son Taimur Ali Khan Try Their Hands on Pottery as They Vacay in Dharamshala | See Pics

Earlier today, Taimur was spotted in the city with his nanny. Dressed in blue t-shirt, Bebo’s darling child looked cute as a button. In the pictures, Taimur is seen sitting on his nanny’s lap in the car and as always, his eyes were looking for the cameras. ALSO READ: Kareena Kapoor Khan: After Giving Birth To Taimur, I Insisted Saif To Give Him The Kangaroo Love Also Read - Saif Ali Khan's Son Ibrahim Ali Khan All Set For a Bollywood Career, Actor Says Both His Sons Will be Actors 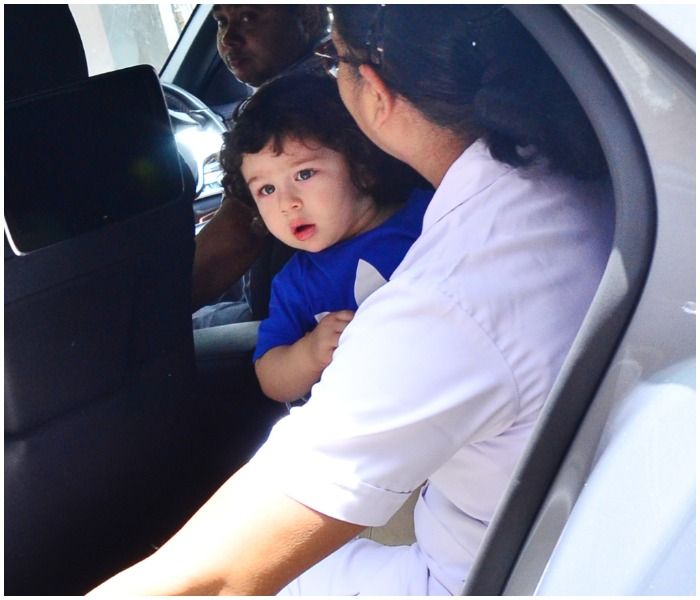 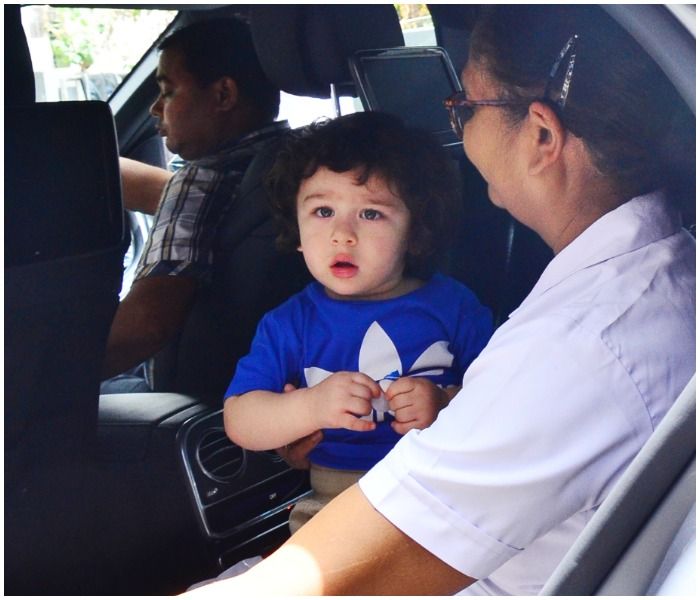 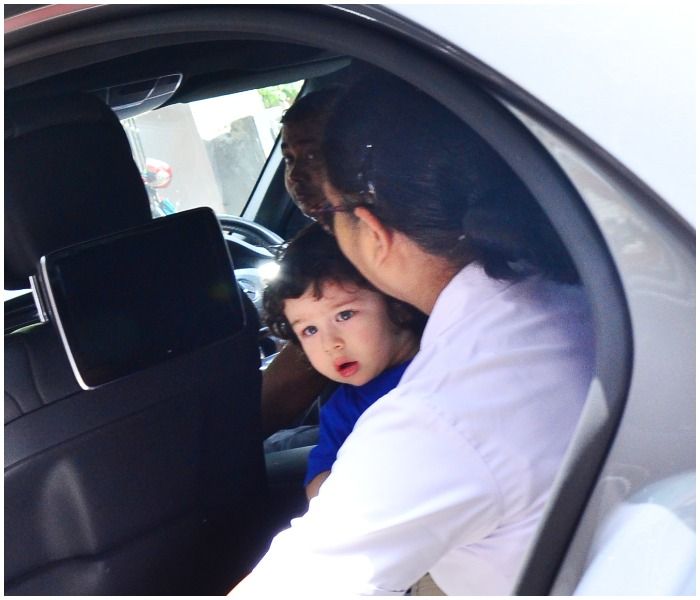 Well, the little one completely stole our attention a few days ago when mommy, Kareena Kapoor Khan and daddy Saif took him along for Sonam Kapoor – Anand Ahuja’s much talked about the wedding. Dressed in light pink, that matched his complexion the little one looked absolutely adorable. However, it was his ponytail that made him extremely endearing. Watch this space for further updates.