Check out the child's latest pics...

Kareena Kapoor Khan and Saif Ali Khan‘s little munchkin Taimur Ali Khan never ceases to leave us in awe of his cuteness. The kid has not only has won our hearts, he is even paparazzi’s favourite child and not a single outing of his goes unnoticed. Earlier today, our Chote Nawab was spotted at his grandparents Randhir Kapoor and Babita Kapoor’s residence, where the lil’ star is seen chilling like a boss in his pram last evening. Also Read - Randhir Kapoor Health Update: Actor Out of ICU, Says 'I Am Anxious To Get Out'

Taimur is undoubtedly the cutest star kid on the block and is everyone’s favourite, thanks to his adorable and effortless charm. We long for his pics on the internet, don’t we? Dressed in a white t-shirt and light blue shorts, the blue-eyed boy looked cute as a button in the latest pictures. The pictures are doing the rounds online and, dayum, his cuteness is powerful enough to melt your heart. ALSO READ: Taimur Is Done With Just Posing, He Now Wants To Talk To The Paparazzi – Here’s Proof Also Read - Randhir Kapoor Health Update: I am Recovering Well, Should Be Home Soon, Says Actor 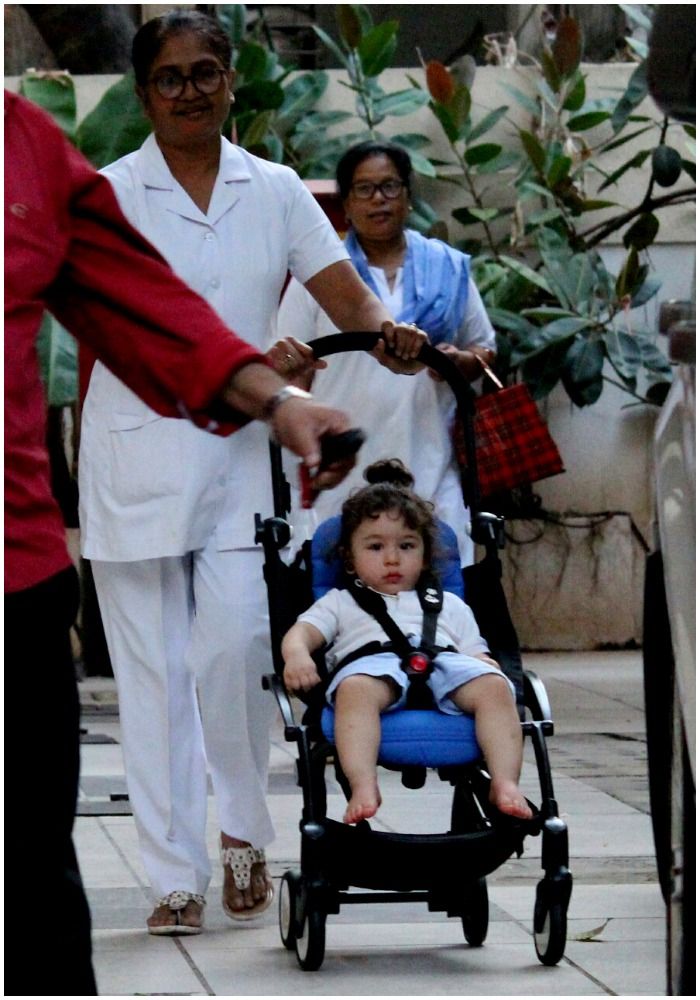 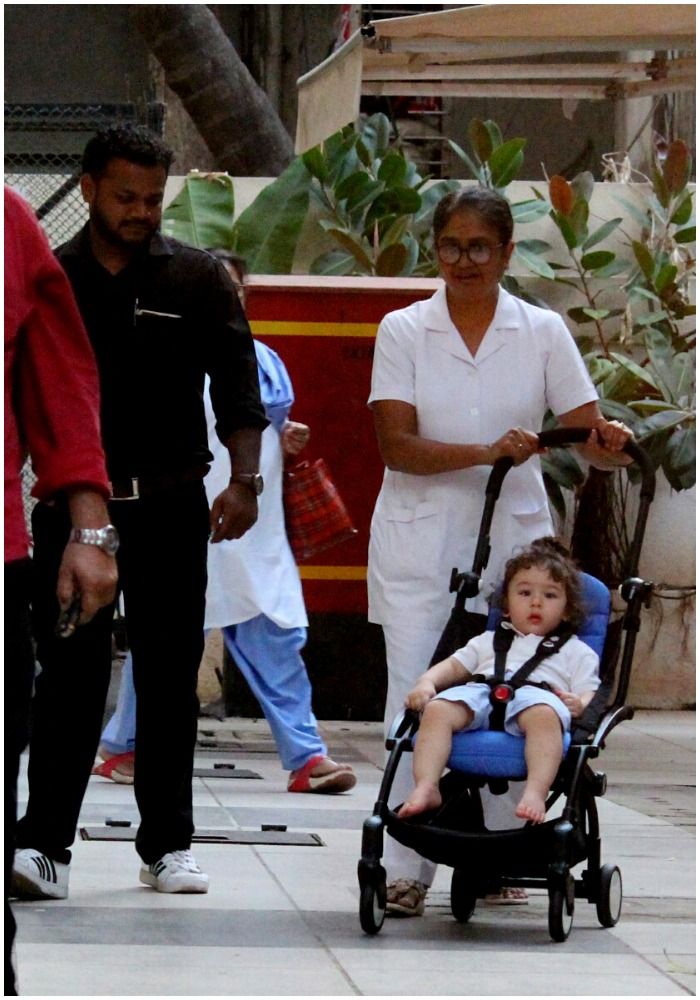 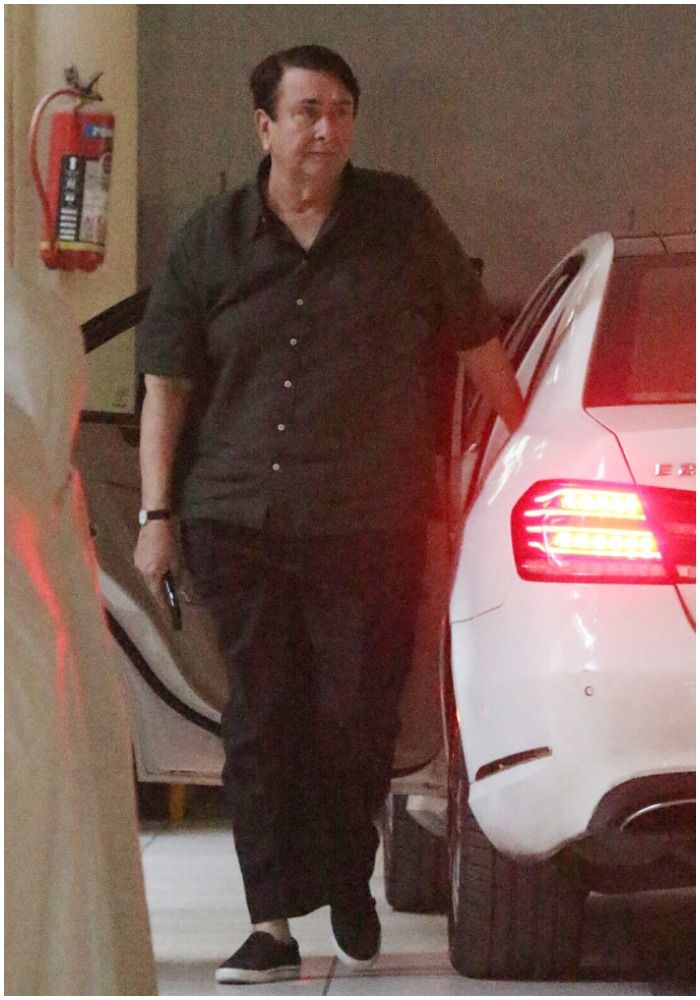 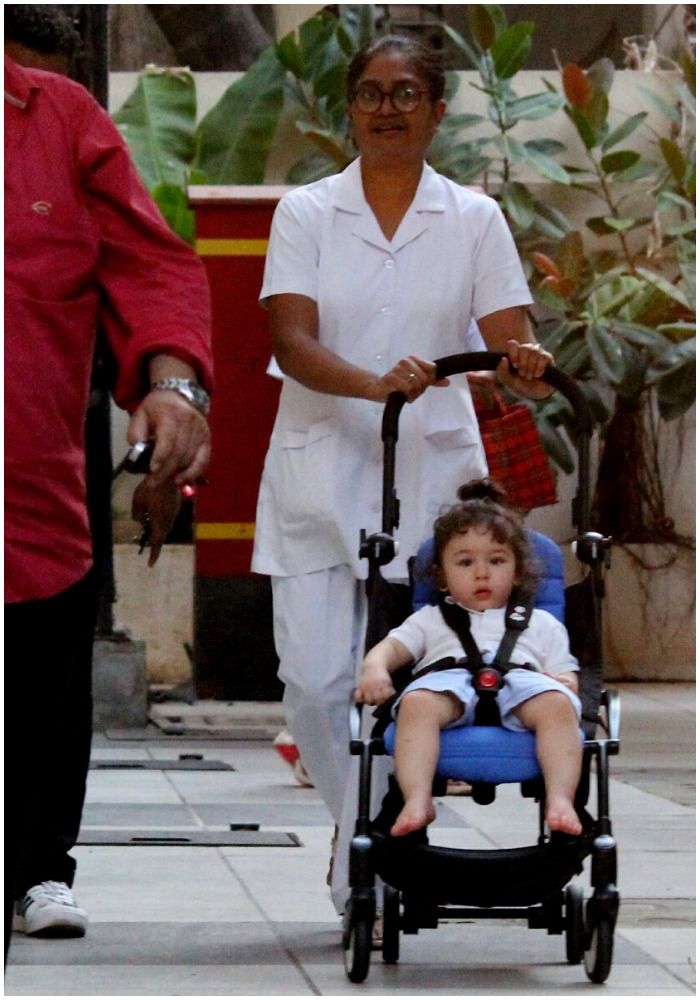 Talking about Taimur at a recent UNICEF event on Mother’s Day, Kareena said, “Taimur loves his time with his mother! I think his mother spoils him because I’m always giving him the warmth and the cuddle. His father is teaching him to play cricket. So there are things that we both try to balance out. When I’m doing a film, then Saif tries to be around. But now he’s shooting for the last three-and-a-half months so I am around Taimur”