The two children and their moms wore Indian attires for the celebration at their playschool.

Diwali is just around the corner, and while many are busy shopping for the festival, Bollywood actors Kareena Kapoor Khan and Soha Ali Khan were spotted taking their children Taimur Ali Khan Pataudi and Inaaya Naumi Kemmu to a pre-Diwali party at their playschool. The two children were, like their moms, dressed in ethnic attires and in the picture they can be seen sitting on their moms laps as they posed with other parents. Also Read - Saroj Khan Death: Kareena Kapoor Khan’s Heartfelt Tribute to Her Masterji Will Make You Emotional

In the picture, Taimur looked adorable wearing a kurta-pyjama set while his mom Kareena wore a gray dress. Also Read - Kareena Kapoor Khan Completes 20 Years in Bollywood, Reveals First Shot of Refugee Was Taken at 4 am

Inayaa looked very festive in a lehenga, while her mom Soha looked every bit Diwali ready in a red dress. 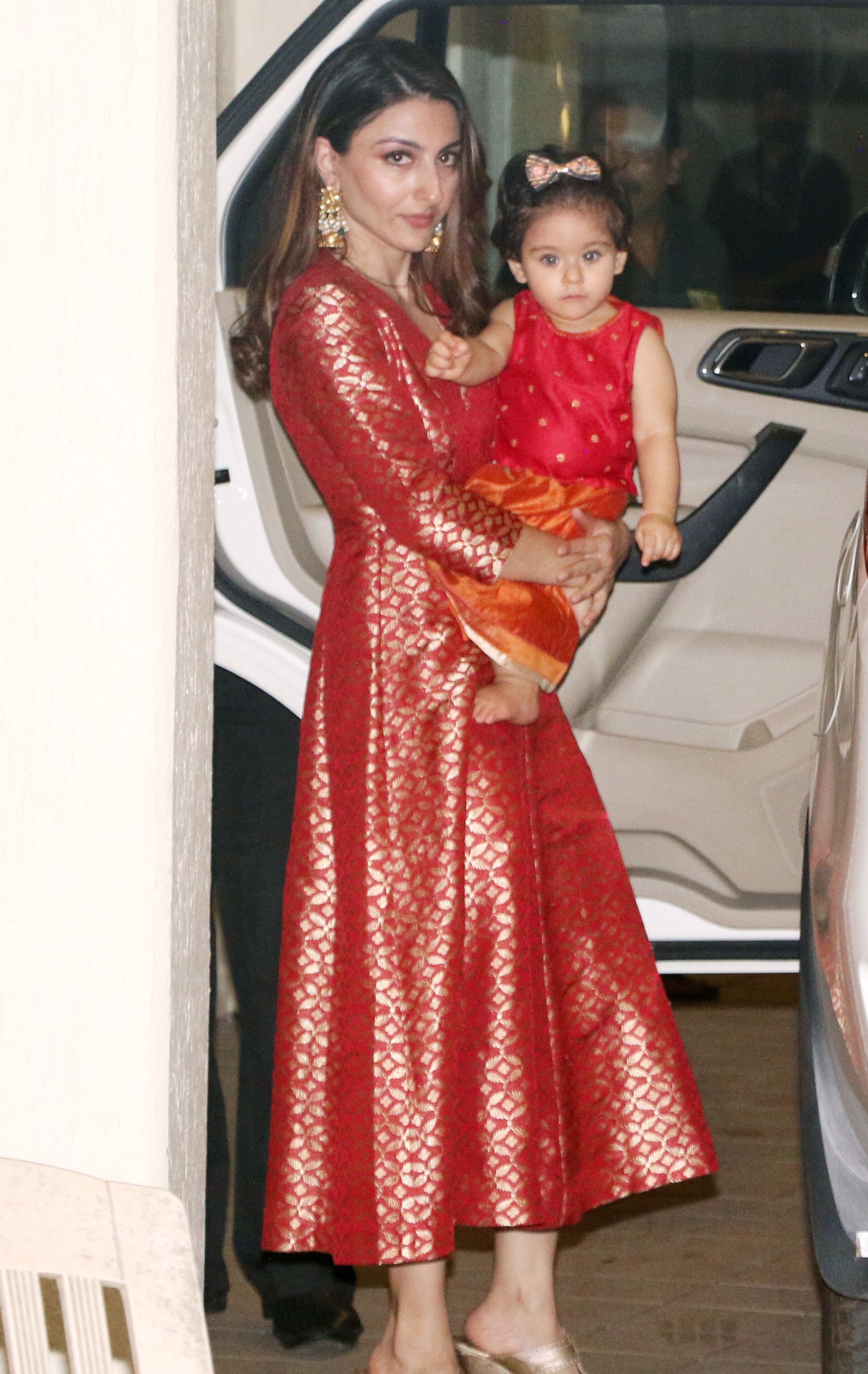 Taimur has always managed to grab the limelight not only with his antics but the numerous costumes he wears on different occasions. He was recently spotted wearing a Dracula costume as he attended Arpita Khan Sharma’s son Ahil’s birthday party. Though it appears this time he was not in the mood to be snapped by the paparazzi. Check out the video:

There had been reports that actor Saif Ali Khan and Kareena had wanted the paparazzi to stop following and taking pictures of their son, but the actor denied latter on.

“Who are we to decide? Who will listen anyway? Of course, it’s not true,” he had told SpotboyE when asked.

The doting parents maintain that they are not against the attention that their little boy is getting, however they are bothered by the entourage of photographers who follow Taimur everywhere.