Tamil Director Adhin Ollur Donates His Liver to Ailing Father at The Age of 23, Posts Photos on Facebook

23-year-old Tamil director Adhin Ollur donated liver to his ailing father in Chennai. He then wrote a Facebook post mentioning how lucky he is to have got an opportunity to serve his father.

Tamil film director Adhin Ollur donated liver to his father in a critical surgery earlier this month. The debutant filmmaker took to Facebook to reveal that he became the donor for his father and performed the needful for his family. Along with writing how fortunate he is that he could get an opportunity to serve his father in this lifetime, the 23-year-old director also posted a few photographs from the hospital. The pictures showed both the father and the son in a recuperating state.Also Read - Ponmagal Vandhal Full HD Available For Free Download Online on Tamilrockers and Other Torrent Sites

Adhin’s viral Facebook post read, “think This is The Right Time to Inform you Guys That I Got A Lucky Super Chance To Donate Liver To My Father ????✌??. Surgery Was On 18 th May. Now We Are Perfectly Alright. I will get discharged Today From The hospital And My Father soon …… Thank You My Beloved Friends For The Prayers ?????? ????✌??✌??????I am also Thank full to The Docters and Other Health Workers from Aster MIMS Calicut #LuckySon #Be_a_Donor_Be_a_hero #LuckySon #LiverTransplantation #Father,” (sic) Also Read - Telugu Actor Vanisri's Son Abhinaya Venkatesha Karthik Passes Away in Sleep Due to Heart Attack 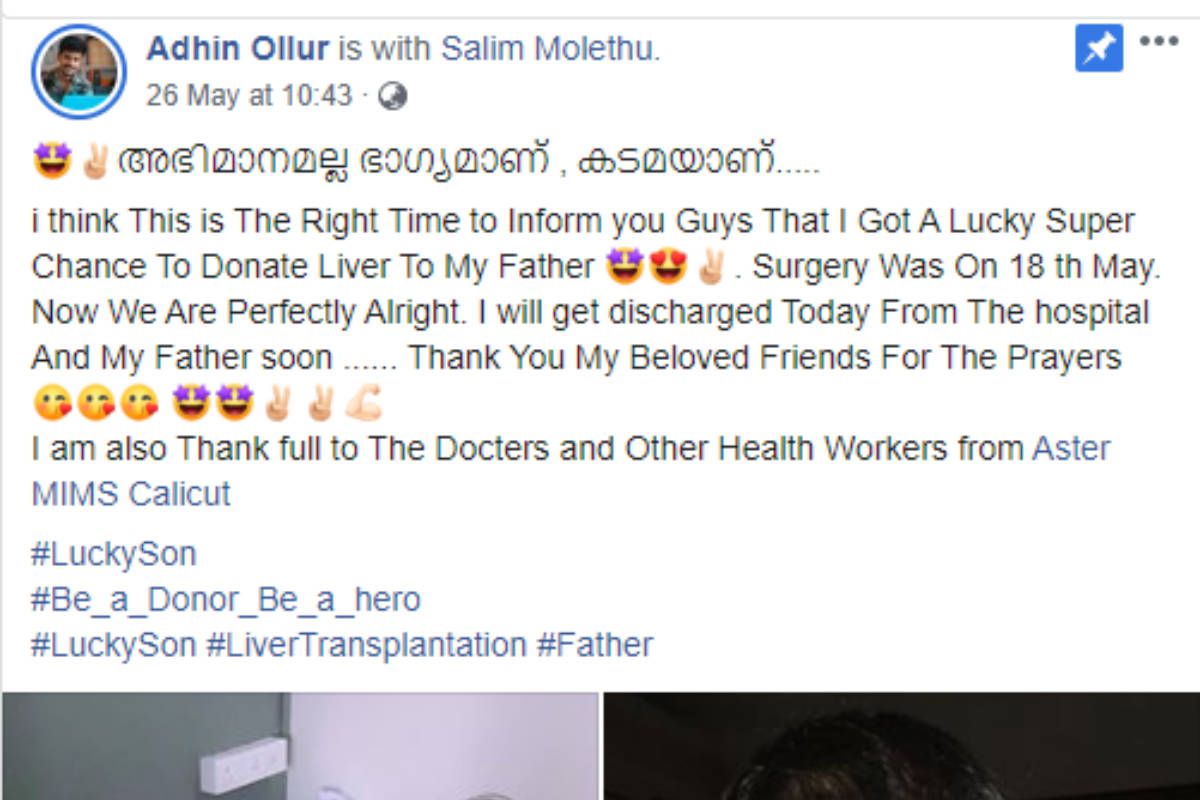 Meanwhile, Adhin was finishing the shoot of his debut film titled Pennanveshanam when the lockdown was announced. He, however, had released the poster of the film that looked quite quirky and attracted a good buzz from the audience.