Tandav: Saif Ali Khan and Dimple Kapadia starrer Tandav has been released on Amazon Prime Video on Friday, January 15. The web-series directed by Ali Abbas Zafar has hit online today and created the right buzz on the internet. It is sad to know that the web-series has been leaked online for free HD downloading on piracy sites Tamilrockers and Telegram among others. Tandav is the top-rated web-series on Amazon Prime Video and also features Sunil Grover, Md. Zeeshan Ayyub, Tigmanshu Dhulia, Sarah Jane Deas, Gauahar Khan, Anup Soni, Kritika Kamra, Hiten Tejwani, Amyra Dastur, Neha Hinge and Sukhmani Sadana. The web show takes you into the world of dark politics. 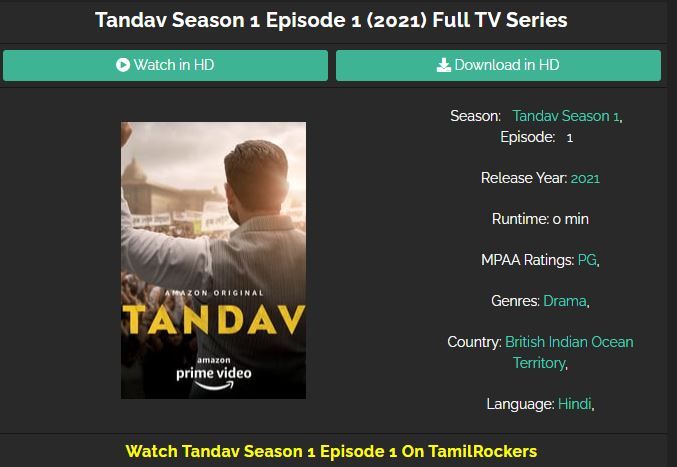 Tandav is a political drama where Saif Ali Khan plays the rising evil leader Samar Pratap Singh and Zeeshan plays the role of a University leader who represents the group of students fighting for rights and inequality. Saif desires to become the Prime Minister after his father’s death. It seems like his father was killed by one of the party members Anuradha, played by Dimple Kapadia as she also wants to be the PM. Actor Tigmanshu Dhulia plays the role of Devki Nandan, who is Samar’s father. He is the Prime Minister of the country and feels his son (Saif) will put an end to democracy if he comes to power.