Tandav Teaser: Saif Ali Khan, Dimple Kapadia featuring Tandav’s teaser is out and the political drama web show is all set for 2021 release. Amazon Prime has given us fabulous content in 2020, and now starting with 2021, the OTT platform will release Tandav on January 15, 2021.Also Read - 'Guddu is Back': Ali Fazal Shares Mizapur 3 Look, Amyra Dastur And Fans React - See Viral Pic

In Tandav’s teaser, you must have witnessed a beautiful white palace where Saif was spotted. It is reported that the shooting of the series was done at Saif Ali Khan’s ancestral property, the royal Pataudi Palace. It is Khan’s go-to destination for lavish parties with friends and family. 40% of the property has been used for shooting. The Pataudi Palace is located in Gurgaon, Haryana and was built in 1990s and was earlier called Ibrahim Kothi. The series will witness large walls, lush gardens, and a giant pool are a sight of pure envy. Also Read - Palak Tiwari-Ibrahim Khan Spotted Together Coming Out of Late Night Party, Fan Says ‘Inki Karado Yaar’ - Watch Viral Video 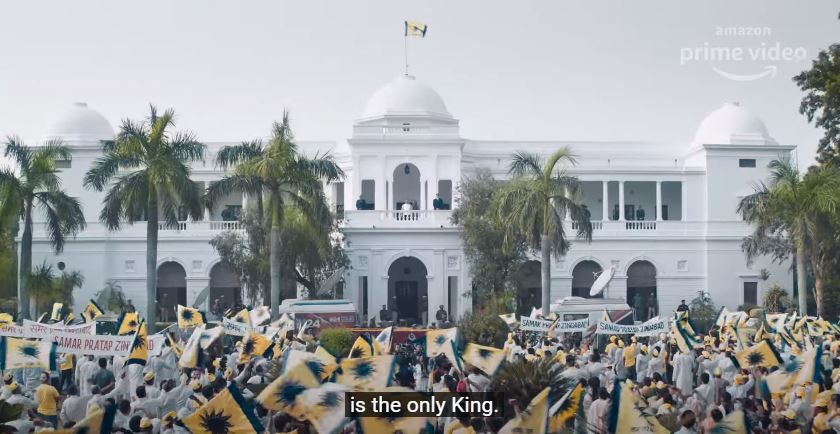 A still from Tandav | Pataudi Palace

Watch the teaser of Tandav:

Tandav is set in the capital city of the world’s largest democracy. It will take viewers inside the closed, chaotic corridors of power and uncover the manipulations, charades as well as the dark secrets of people who will go to any lengths in pursuit of power.

Along side Ali Abbas Zafar, Tandav is also the digital debut of Dimple Kapadia and presents actors Saif Ali Khan, Zeeshan Ayyub and Sunil Grover in never before seen avatars.