Looking at its dream run in India and Overseas, #TanuWedsManuReturns emerges the first BLOCKBUSTER OF 2015. Eyeing ₹ 100 cr in India. 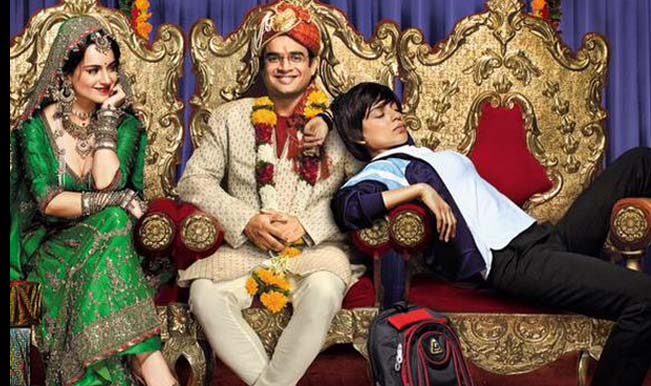 Kangana Ranaut’s latest offering at box office, Tanu Weds Manu Returns, is once again break all records. The actress has proved once again that you don’t need to have one of the Khan’s in your film to churn out 100 crores. However, this Anand L Rai film has some brilliant actors namely; R Madhavan, Jimmy Shergill and Swara Bhaskar to fill the gaps. Nonethless, Kangana’s performance has been beyond extra-ordinary. The lady who struggled to speak Hindi and English well has given dialogues in pure Harayanvi dialect, which is really commendable. (ALSO READ: Tanu Weds Manu Returns Box Office Report: Kangana Ranaut’s latest mints over 9 crore on the first day!) Also Read - Kangana Ranaut to Portray Celebrated Kashmiri Queen in Manikarnika Returns: The Legend of Didda, Deets Inside

Tanu Weds Manu Returns has received positive reviews from the audience and critics. The movie minted 72 crores in five days from across the world and is soon expected to cross the 100 crore mark as well. By the looks of this rom-com’s Box office collection, it is clear that this Kangana Ranaut film will turn out to be the fastest earner of 2015. Trade analyst Taran Adarsh also also confirmed the same of his social media profile. His tweet says, “Looking at its dream run in India and Overseas, #TanuWedsManuReturns emerges the first BLOCKBUSTER OF 2015. Eyeing ₹ 100 cr in India.” (ALSO READ: Box Office: Will Tanu Weds Manu Returns outshine Piku?) Also Read - Sedition Case Against Kangana Ranaut: Bombay HC Extends Interim Relief To Actor Till January 25

Looking at its dream run in India and Overseas, #TanuWedsManuReturns emerges the first BLOCKBUSTER OF 2015. Eyeing ₹ 100 cr in India.