Tanushree said she is in India on an open ticket, and will wait to see how things go.

Actress Tanushree Dutta‘s name is very much doing the rounds now in the news and on social media, and she has been very candid in every interview where she has been asked about the sexual harassment allegations she brought up against veteran actor Nana Patekar. For her, bringing the subject of abuse of women at the workplace into the limelight, is what matters. Also Read - Tanushree Dutta on Her Weight Loss Journey: I Used To Get Alot of Underhanded Compliments That Would Hurt Me

In a recent interview with IANS, Tanushree spoke about a number of things, foremost being the legal notice she was served by Nana after she came forward, and the different reactions her allegations brought out in people. Also Read - Tanushree Dutta Says She's Proud of Kangana Ranaut For 'Fighting The Good Fight'

On tackling the legal notice she was served, she said, “I haven’t really figured out how one tackles a situation where the offender takes a legal recourse. I am the one who is the aggrieved party and they are threatening legal action against me. Isn’t this highly ironical?” Also Read - How #MeToo Flagbearer Tanushree Dutta Accepts Regular Job While Nana Patekar Gears up For His Screen Comeback

About senior personalities like Shakti Kapoor and Gajendra Chauhan making fun of her serious allegations, Tanushree stated that it is that kind of mindset which needs to be changed.

“What can I say? This is the mindset that needs to be changed. Men in our entertainment industry and in our society at large think demeaning and insulting women is their birthright. It is such mindsets that lead to serious crimes against women. Today’s eve-teaser is tomorrow’s rapist,” she said.

Tanushree further revealed why she spoke out about the incident, saying that it was never her intention to consciously draw attention to it, but now that it has blown up, she is happy.

“I am here in India for a holiday. I was giving interviews when I was asked about the sexual harassment at the workplace. This is when I spoke about the incident in 2008. Mind you, I spoke about a lot of other things. But this is what the media latched on to. And I am happy. Because a debate has been opened up on the whole issue of sexual harassment,” she said. 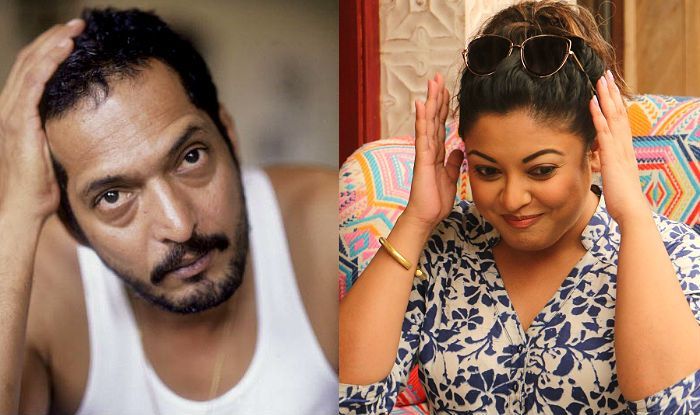 The actress went on to speak about how she tried to get justice back then for what had happened to her, but was let down by the police and even the judiciary.

“I had tried to get justice for myself when the incident happened from every possible organization. Even the police and the judiciary let me down. When the perpetrator filed a counter-FIR, I was advised to just keep quiet about it. ‘Right now you are making the rounds of police stations. If this is going to go to court, you will be doing the rounds of the courts for ten years.’ They said that. In this country, you need a lot of money and patience to fight a legal battle. The criminals have the resources,” she said.

Tanushree said when she got no help from anyone and was bullied into dropping her charges, she decided to leave the country. She was asked if the situation has changed much now, she said it has not and she hopes more women from the industry come forward and speak out.

“I am hoping for more voices to come forward and speak with me. It is a known fact that the entertainment industry is strewn with predators. For years now, women have accepted the bullying and harassment as ‘normal’. Now with the #MeToo movement gathering so much support, I hope at least some women in the entertainment industry would come forward and speak out. But so far, I don’t see it happening,” she said.

The actress also spoke about what exactly happened between her and Nana on the sets of Horn Ok Please.

“It was a dance sequence for a film called Horn Ok Pleassss. He was not a part of it. But he insisted on being on the set. He bullied me. He crossed all limits of decency. He was pulling my hand, pushing me, shouting at me. I had never encountered such boorish behaviour from any of my co-stars before this,” she exclaimed.

On Nana’s behaviour being considered normal by some and Dimple Kapadia apparently calling him ‘obnoxious’, Tanushree said no change is going to come out of people just talking about it.

“Just a random comment here or there, or powerful voices speaking in ambiguous tones and in parables, isn’t going to help. Men who are predators need to be named and shamed. There are other incidents involving Nana Patekar. He had threatened a man with a gun once. But like me, the man was silenced,” she said. 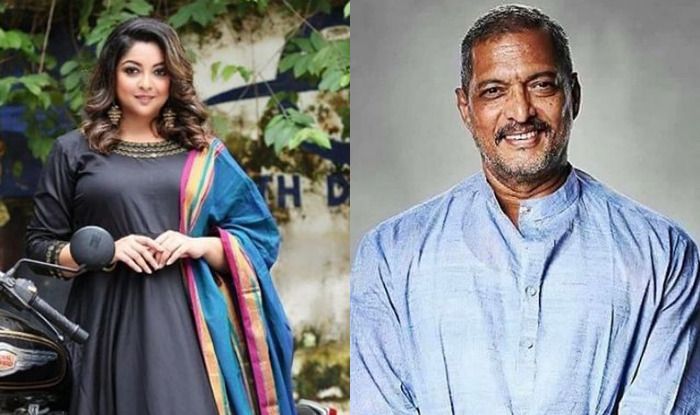 On having to fight a long legal battle with Nana over the incident, Tanushree said she is not afraid.

“Bullying is not going to scare me. Criminals are often seen to take the initiative in sending out legal notices. They have the resources and the knowledge of how to use the law to their own advantage. Unless the laws regarding sexual harassment change, women in our country will continue to be intimidated and bullied,” she stated.

About how far she is prepared to go in the fight against predatory bullying, Tanushree said, “I didn’t plan this. I never planned anything in my life. I firmly believe ‘Man proposes God Disposes’. From being a model to a beauty queen to an actress — it all happened to me without my intervention. Doors opened for me and I walked through them. It hasn’t always been a pleasant walk through the door. I am here in India with an open ticket. I am waiting to see where this goes. I am hoping more voices will join me. Otherwise this will come to nothing.”

In conclusion, Tanushree revealed that she has been on a spiritual quest for ten years, and that she has experienced all religions, embraced them all to finally embrace no religion at all. She added that she is striving to find meaning to life and has no idea where she will go from there.