The complaint has been filed by Advocate Gaurav Gulati in which a proper enquiry in the case has been requested.

Actress Tanushree Dutta recently revealed that she was harassed by veteran actor Nana Patekar on the sets of Horn Ok Pleassss, ten years ago. On Thursday, a complaint has been registered with the National Council for Women against Nana, Ganesh Acharya and Chocolate director Vivek Agnihotri. Also Read - Tanushree Dutta on Her Weight Loss Journey: I Used To Get Alot of Underhanded Compliments That Would Hurt Me

The complaint has been filed by Advocate Gaurav Gulati in which a proper enquiry in the case has been requested. The complaint has various incidents about which Tanushree has talked in the recent interviews. Also Read - Tanushree Dutta Says She's Proud of Kangana Ranaut For 'Fighting The Good Fight'

The complainant has also requested to take a strict action against the accused if found guilty. Also Read - How #MeToo Flagbearer Tanushree Dutta Accepts Regular Job While Nana Patekar Gears up For His Screen Comeback 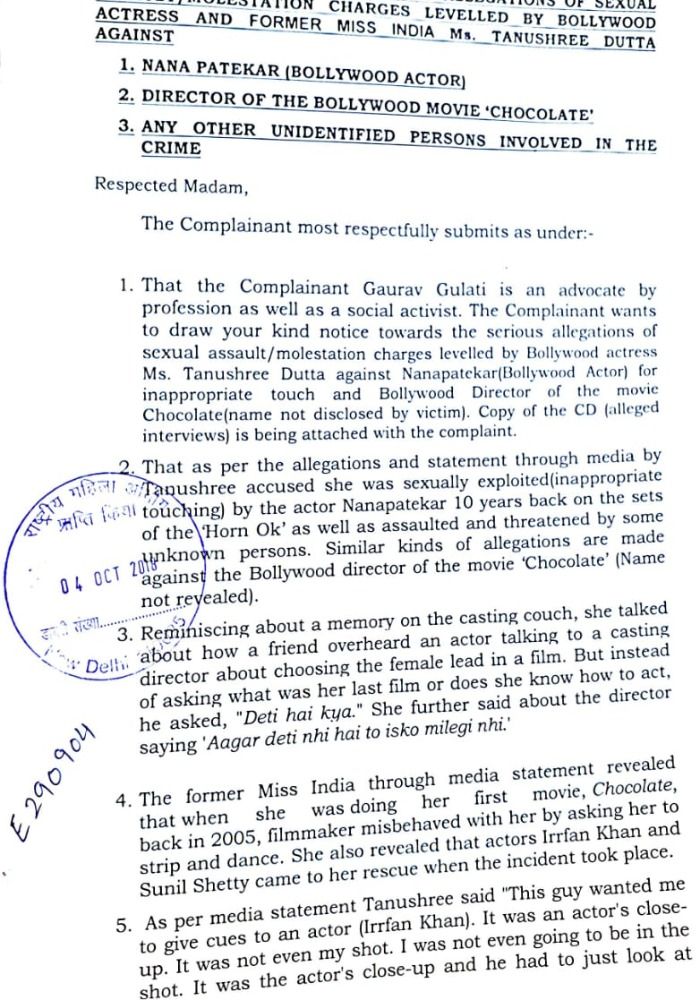 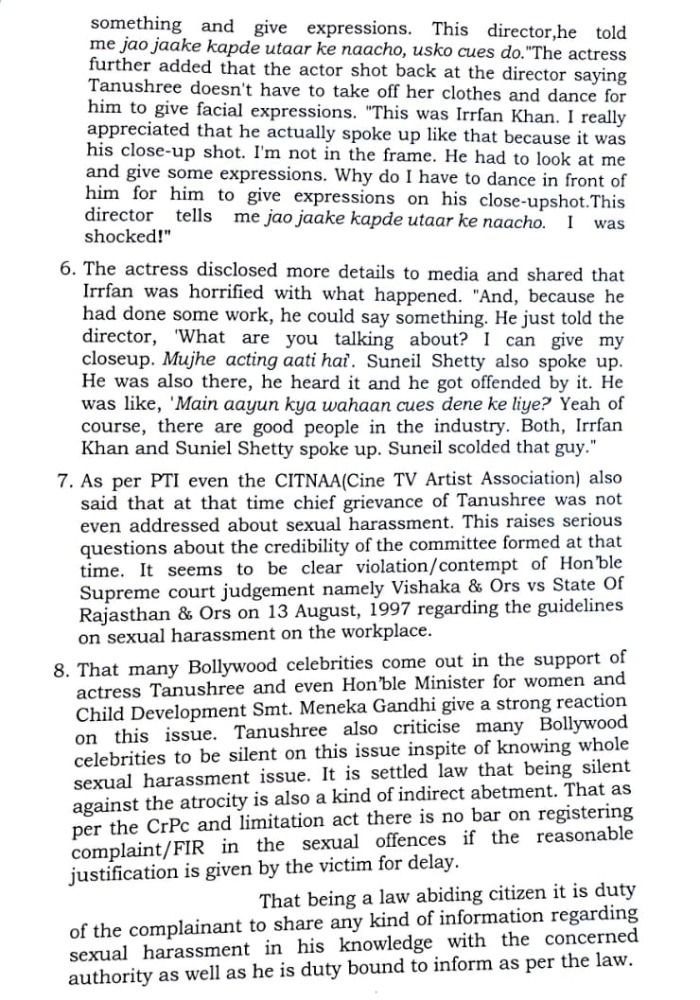 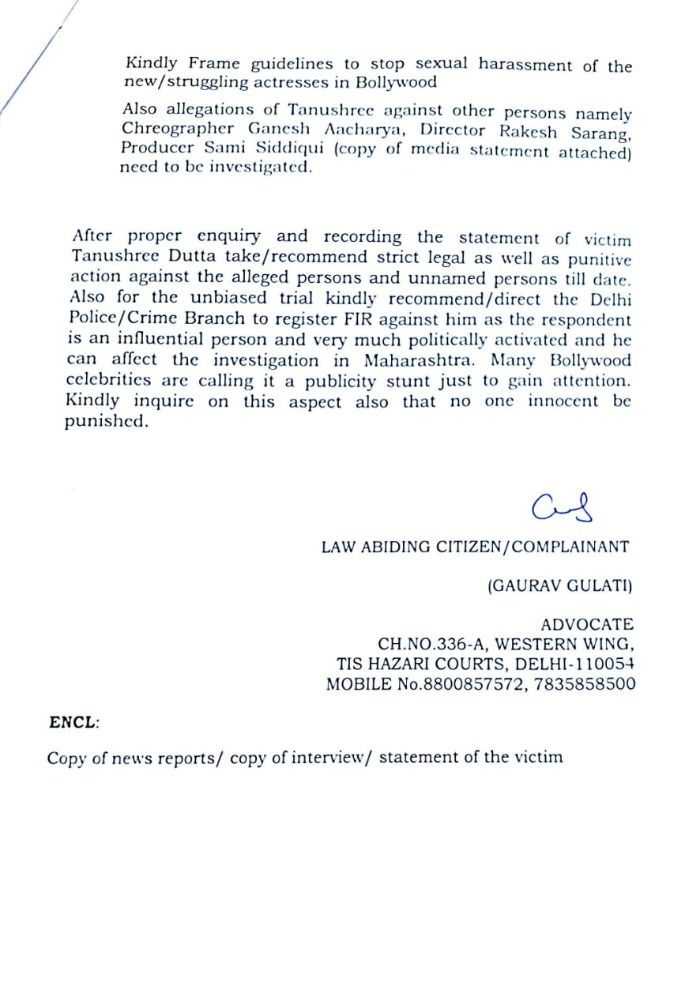 While talking about this complaint, Tanushree revealed to indianexpress.com, “I think this could be something done in public interest by an activist. I have not authorised officially anyone yet. I’m not aware of this.”

Meanwhile, she has received the legal notices from Nana and Vivek in the case. In an official statement released by her on Wednesday, the lady mentioned that the notices are nothing but the price a woman pays in the country to speak against the injustice done to her.

The controversy is getting hyped up with each passing day as ANI reported that the youth wing of the Maharashtra Navnirman Sena (MNS) has handed over a legal notice to the makers of Bigg Boss 12 threatening violence over Tanushree’s rumoured participation.

Before Bigg Boss 12 started, speculations were rife that she will participate in it.