Priyank Sharma Being Questioned About His Sexuality After Vikas Gupta Reveals He Dated Him For One And A Half Years.

Bigg Boss contestant Vikas Gupta is once again grabbing headlines for his personal life. In the latest promo of the controversial show, Bigg Boss 14, Vikas can be seen breaking into tears after he tells Rubina Dilaik and Nikki Tamboli that he had an affair for one and a half years with a guy who has been a part of the show. The revelation leaves Rubina and Nikki in shock but it seems that his fans already know which man is referring to and according to them it is Priyank Sharma. Also Read - After Vikas Gupta Accused Arshi Khan of Blackmailing, She Puts Out SHOCKING Clarification

Though Vikas did not mention the name, the netizens were quick to react. Many social media users took to Priyank’s Instagram and bashed him for the same while many extended him support. Also Read - Bigg Boss 14: Rakhi Sawant Gets Headwash From Rahul Vaidya, Aly Goni | Watch Hilarious Video

One user wrote, “You are yuck! God will not spare you for giving the hardest time to Vikas. There is nothing wrong to be bisexual and it is a hormone that makes people straight or bisexual. You have that bisexual look and be okay with that. Even with Benashaf, you are on and off. Please stop playing with people’s emotions.” Also Read - Vikas Gupta Gets Trolled For Sharing His Family Issues on Bigg Boss 14, Netizens Say ‘You Cannot Gain Sympathy Again’

While the other wrote, “No matter what I’m always there for you. I will support you till my last breath. You mean a lot to me. And I believe in you. I feel so proud of you. People are so jealous of your success. Keep shining everywhere. Even if the whole world is against you I’ll be there for you. I’ll never leave you no matter what! I love you Pri.” 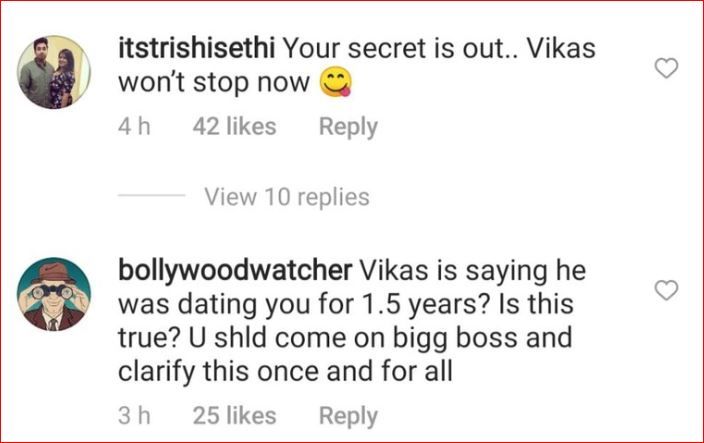 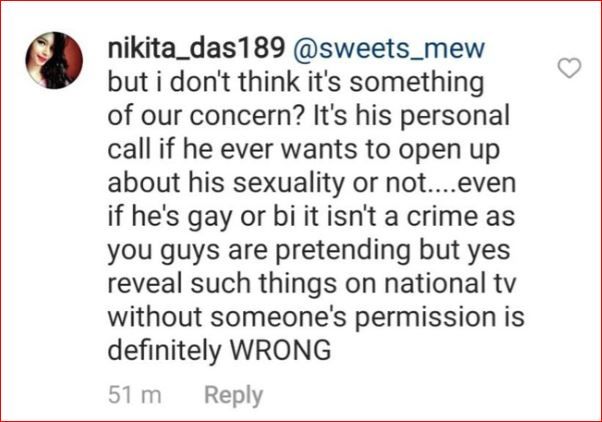 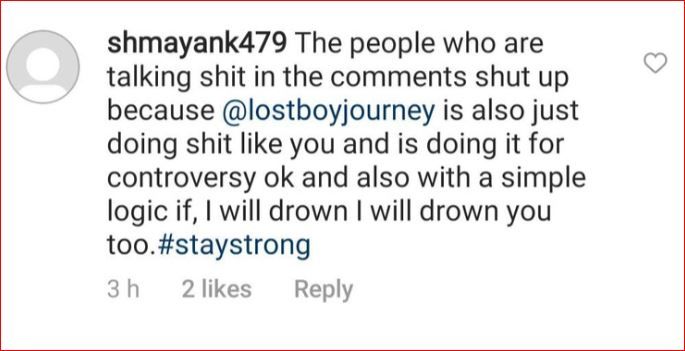 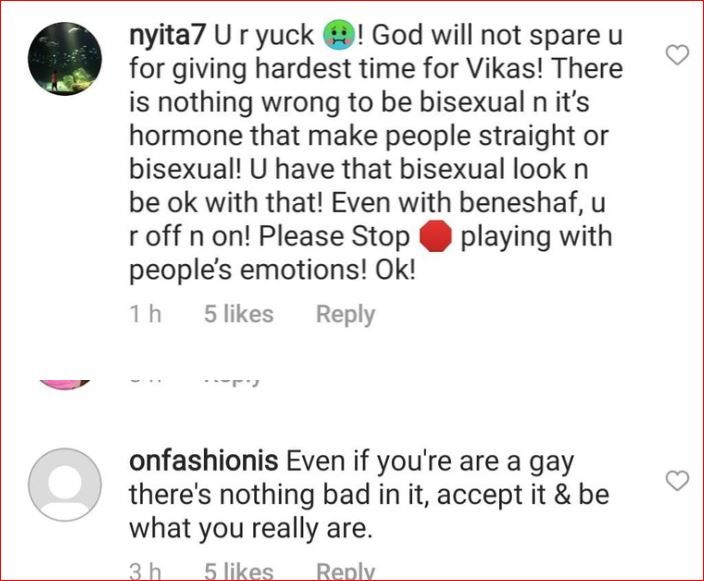 Earlier, Vikas opened up about his sexuality and revealed about his relationship with actor Parth Samthaan and Priyank Sharma. He had also mentioned that Priyank used him to get famous.

In the promo, Vikas says, “I have gone through so much emotional stress in one and a half years. I haven’t taken his name till now, but now I will take the name properly. He and I were together for a year-and-a-half before he came into this show. Bahot hi vital insaan hai ye. Jab mein wapas aunga tab chodunga nai.”

Meanwhile, Priyank has posted a picture with his girlfriend Benafsha Soonawalla after deleting her pictures from his Instagram profile in October. He has now started following her again while Benafsha is still unfollowing him.