In the weekend ka war, Salman shows a clip of the contestants meeting their families. Salman then mentions the nominated contestants – Somil, Rohit Karanveer are nominated. Swara Bhasker and Sumit Vyas come to promote their web series on Voot – It’s not that simple. They assign a task on gender bias where the contestants had to put dirt on anyone they felt showed biases. Somi says boys are aggressive and that she being a girl does not like getting touched inappropriately even during tasks. Somi applies dirt on Rohit’s face. Surbhi applies dirt on Deepak’s face. Deepak applies dirt on Surbhi and Deepika’s faces. Deepika applies dirt on Rohit. Romil applies dirt on Surbhi’s face. Romil gets aggressive when it’s Shrishant’s turn and gets up and tells him to put the dirt on his fac. Shreeshant applies it on Romil’s. Swara and Sumit wish them luck and leave the house. Also Read - Mahima Chaudhry Reveals 'Subhash Ghai Bullied Me, Asked Producers Not to Cast Me'

Salman shows what happened after the guests leave. Surbhi shouts at Romil and tells him that he broke her heart and that he keeps humiliating her over one thing over and over again. Surbhi then targets Deepak. Surbhi starts crying and sings a song for her brother. Also Read - Kick 2: Salman Khan, Jacqueline Fernandez Starrer's Script Locked By Sajid Nadiadwala 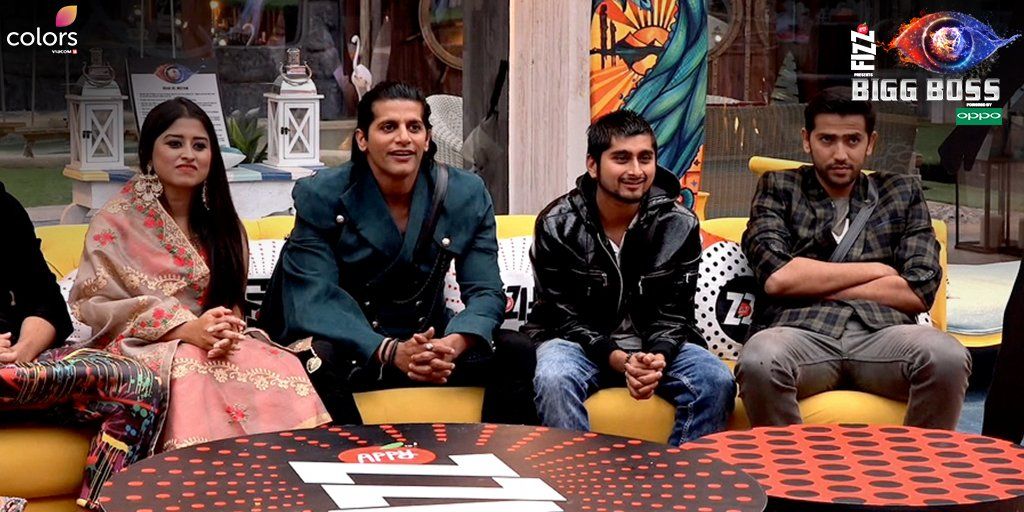 Salman goes inside the house through the TV. Says he will lie down and take their class just like they behave.  Salman pulls Romil’s leg for always being so lazy and lying down all the time. Romil blames the other contestants and the others ask him to accept his mistake.

Salman plays clips of the audience asking them questions. One question was for Shreeshant where an audience asked him why is he on the show if he does not care about winning it. Shreeshant says that his attitude has changed now and that he wants to win the trophy. Next question is for Somi where the audience asks Somi that if she is strong then why does she justify hers and Romil’s relationship. Another one asks Romil that you say you are good but you only talk bad about your friends. Surbhi tells Romil that he is the most disgusting person she has seen in her life.

Shah Rukh calls Salman as Baua Singh and Salman sees if the contestants can recognise his voice. Shah Rukh cracks jokes and pulls everyone’s leg. A while later Shah Rukh introduces himself as his true self leaving all the contestants in shock. Salman says that it is time for eviction and tells Somi to come out but later reveals that there is no eviction today and that everyone will get to meet Shah Rukh. 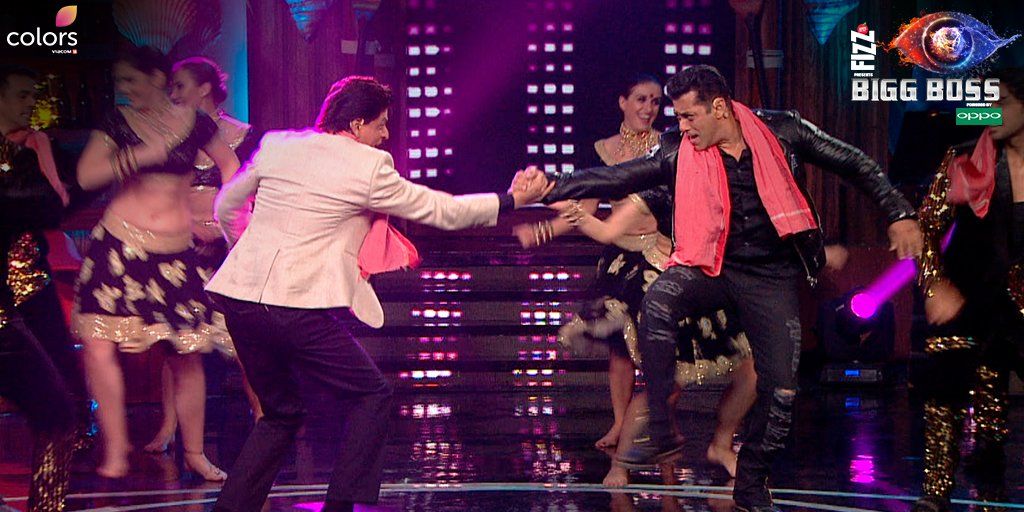 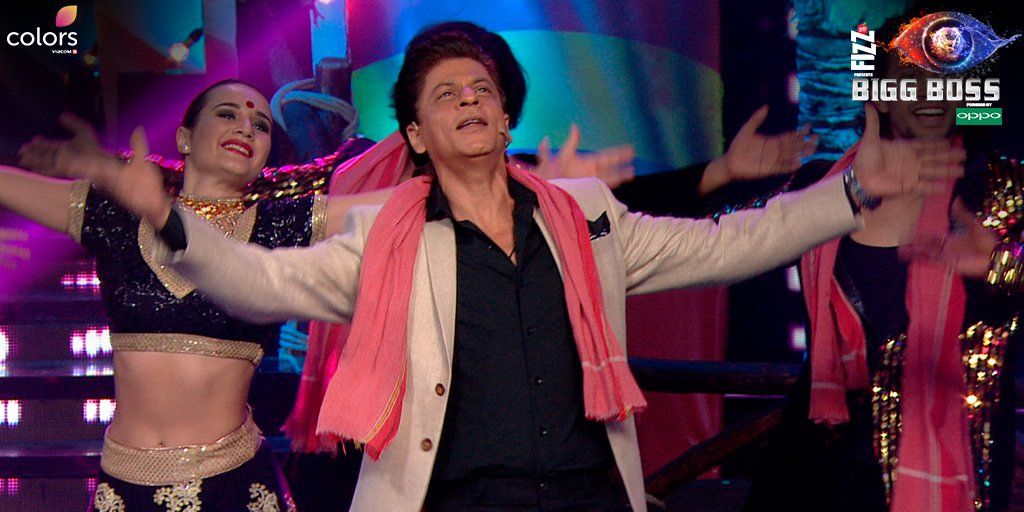 Salman then plays a clip his and Shah Rukh’s journey on a bike from Mumbai to Lonavla. Shah Rukh stops Salman for Bhutta. He again stops Salman to crash a wedding. There they meet people disguised as Deepika Padukone, Kareena Kapoor, Taimur Ali Khan Karan Johar and both Shah Rukh and Salman pull their leg. The episode ends with the duo reaching the house and giving a grand performance.