Kasautii Zindagii Kay Latest Update: Anurag goes to see Ronita with his father Moloy and finds her lying unconscious on the bed. Prerna’s sister teases her with Anurag’s name. Veena’s daughter-in-law complains about the Sangeet function but Mohini interrupts in between and tells her that she has organised a classy function. She then explains to Veena the next wedding ritual which will require Prerna and Naveen to walk barefoot to a temple. Meanwhile, Naveen hides below Ronita’s bed and Anurag finds out that the woman is still alive. He also expresses that he feels Ronita has been attacked by someone.Also Read - 'Bas Chup': UP Official Tells Grieving Ghaziabad Mother Who Lost Son in School Bus Tragedy

Anurag tries to wake her up. A scared Ronita screams as she wakes up and tells Anurag that her ex-husband Pradeep came to kill her. She panics while Anurag tries to calm her down. She faints again. Anurag calls the doctor. Mohini and Nivedita enter Anurag’s room with Veena, Prerna and her sister Shivani. Shivani looks at Ronita and tells everyone that she recognises her. Naveen now hides behind the window in the room. Also Read - Erica Fernandes on Refusing Bold Shows: Boldness is Forcefully Added to Sell

Anurag meets Prerna and explains to her what happened with Ronita. He tells her that he’s scared for her since she’s also going to leave the city like Ronita after her marriage. He holds Prerna’s face and tells her to not marry Naveen. Prerna tells him that he shouldn’t think on these lines and she will just be fine. Anurag tries to tell her that she should at least give a thought to what he’s saying. He then gets angry and insists Prerna shares what forced her to get married to Naveen. 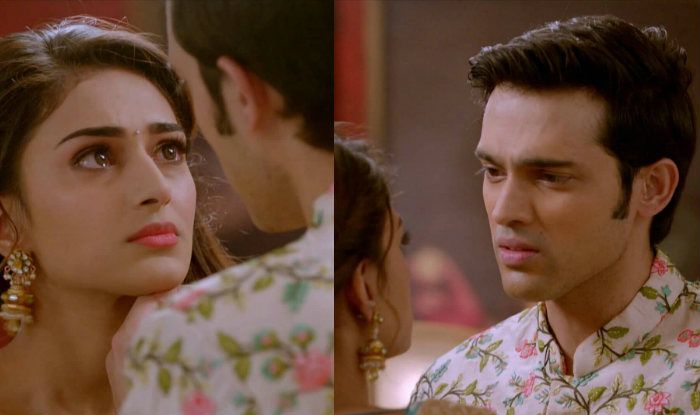 Prerna tries to share everything with Anurag but hesitates and runs away. Anurag then goes inside to see Ronita. Nivedita and Mohini tell Anurag that he should stop caring so much for Ronita and concentrates on the function instead. Prerna then comes to his rescue telling Mohini that she requested Anurag to bring Ronita home. Mohini gets furious and shouts at Prerna. Veena tries to calm her down but Mohini tells her to not encourage Prerna’s wrongdoings. As Mohini asks everyone to leave Ronita alone and enjoy the function instead, Prerna says that she’s of the opinion Ronita shouldn’t be left alone until the doctor comes in.

Moloy tells everyone that the security didn’t see any strange man entering their house. As everyone starts to leave the room, Shivani sees somebody hiding behind the window. She quickly tells Anurag silently who then walks towards the window. The pre-cap of the next episode shows Anurag finally getting to know that Naveen is Pradeep. Watch out this space for all the latest update on Kasautii Zindagii Kay!