In the latest episode of Kasautii Zindagii Kay, Kiriti parents continue following Anurag, Prerna, and their friends. They get stuck in traffic so they all decide to get off the car and run instead. While running, Prerna trips and Anurag hold her from the back then scolds her and tells her to not look behind while escaping since that is risky. Kirti’s father shouts and asks them to stop but they continue running. Kirti’s father falls down and then gets up to run again. Also Read - Erica Fernandes' Sultry Photoshoot at Gold Awards 2019 Will Make it Difficult For You to Bat an Eyelid

Now Anurag trips and Prerna repeats and tells him to not look back while escaping. They reach to a point where the road is barricaded since a rally is taking place. Mohini gets anxious and tries to call Anurag. In the meantime, Anurag, Prerna, and their friends try to convince the police to allow them to go. Anurag calls Mohini and Mohini asks Anurag to come back home. Anurag says that there is a rally going on and that he cannot hear her. Naveen is relieved. Also Read - Kasautii Zindagii Kay: Aamna Shariff to Replace Hina Khan as Komolika, Says, 'I Heard She Did Commendable Job'

Anurag has an idea and says that if Kirti’s family sees them then they will quietly participate in the rally. Anurag asks them to follow him. The people participating in the rally think that they are from another party and starts bashing one of Prerna and Anurag’s friend. Anurag comes to his rescue. In the meantime, the police come to look for them. One of the rally guys tries to hit Anurag but Prerna stops him. Prerna’s dupatta falls on Anurag’s face and he is awestruck. Also Read - Television Sizzler Erica Fernandez AKA Prerna Looks Smoking Hot in Sexy Pink Bikini - See Pic 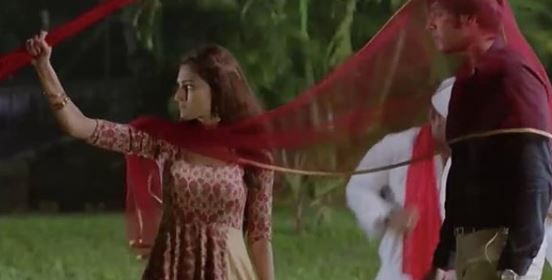 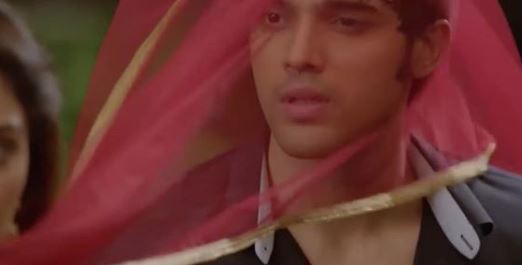 Nivedita catches her husband betting on a match. Mohini tries to call Anurag. Moloy comes and jokes around with Nivedita’s husband. Anurag says thanks to Prerna from getting hit. Prerna brings up the Durga Pandal incident where Anurag saved Prerna. Anurag says that friends are there to help in difficult times.  Anurag brings up Prerna- Naveen’s topic and tells Prerna that their wedding is definitely not for love. Prerna tells Anurag that he makes a straight face and says everything. Anurag replies and says that he does not believe in drama. Anurag thinks in his head if, on her wedding day, he will silently watch her get married without doing anything.

Moloy asks Mohini what is happening. Mohini tells Moloy that his friend’s daughter is troubling her a lot and narrates the incident. Moloy says that Anurag is not a kid and that he is smart enough to know what he is doing. Anurag and friends reach a temple successfully and get married. Anurag congratulates the couple. Anurag and Prerna go aside and chats. Prerna tells Anurag that if he would have hugged Rohan for a longer time then he would have definitely started crying. Anurag tells Prerna that I am happy for him.

While they were conversing, their friend interrupts. Rohan asks Anurag if he could drop him and Kirti to a hotel since they cannot go home right away. They reach a hotel. Anurag hands over some money to Rohan. Rohan refuses but Anurag requests him to take it. Two guys notice Rohan and Kirti enter the hotel. Anurag and friends leave from the hotel. 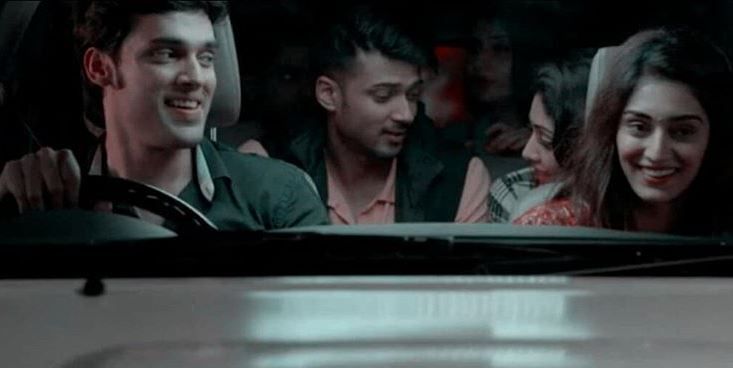 It’s the same hotel where Komolika is staying. The men enter the hotel. Prerna smiles at Anurag while they return to their respective homes in their car. Prerna tells her friends that they had an adventurous day and that she is very happy for the two. Four men follow Kirti and Rohan. Rohan randomly knocks at someone’s door and asks them to help them. It was Komolika’s room and Rohan and Kirti requested her to allow them to stay. Komolika agrees.

Anurag tells Prerna that he is tired. They both get off the car and converse. Anurag tells Prerna that she is very confusing since she says so much about love and understands love but is still getting married to Naveen. Prerna tells Anurag that he will not understand her love. Prerna thinks in her head that this love is for her family. They get inside the car. Naveen calls Prerna and tells her that wherever she is, she has to receive his calls no matter what. Naveen even tells her that they are getting married and that he deserves to know all her movements. Naveen asks her what are you wearing. And forces her to say that she loves him and misses him. The episode ends with Prerna saying, “miss you” to Naveen.