In the latest episode of Kasautii Zindagii Kay, Anurag asks Prerna if she loves Naveen. Prerna says that she is only getting married for love. Anurag tells Prerna that he is happy for her. Prerna wishes to tell Anurag the truth. Anurag, on the other hand, wonders why he is so bothered about Prerna being in love with Naveen. Also Read - Karan Patel Replaces Karan Singh Grover as Mr Bajaj in Kasautii Zindagii Kay 2

Veena and her son arrive at the police station and tells the police officer that her daughter is innocent and that she must have only tried to help someone. The officer allows Veena to see Prerna. Veena tries to console all the friends and asks them not to worry. In the meantime, Mohini arrives and assures Anurag to get him out of jail and blames Prerna for everything. Mohini crosses her limit and blames Prerna for the fire at the Durga Puja pandal. Anurag apologises on behalf of his. Also Read - Kasautii Zindagii Kay Actor Charvi Saraf Writes Open Letter After Failed Attempts of Getting COVID-19 Test, Asks 'Is it Too Much to Ask For in Delhi' 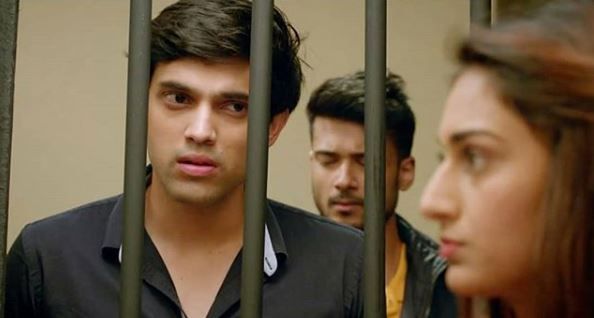 The police officer said that they cannot release Anurag and his friends until and unless Kirti and Rohan are found. The officer asks Mohini and Moloy to come with a lawyer the next day. Mohini says that she will not allow her son to stay in jail the entire night.

Anupam tells Naveen about Prerna and Anurag being in jail. Naveen gets furious at him for not telling him earlier. Mohini tells Moloy that Prerna is the problem for everything. Moloy questions her and asks why is she agreeing on Naveen and Prerna’s wedding if she thinks Prerna is bad luck.

Naveen reaches the police station to meet Prerna. Naveen promises to get Prerna out of jail. Anurag notices Prerna’s discomfort near Naveen and asks Prerna the real reason for her getting married to Naveen. Anurag holds Prerna’s hand and tells Prerna that whenever he holds her hand she never removes it but whenever Naveen touches her then she gets uncomfortable. Anurag tells Prerna that there is something wrong.

Naveen returns from the police station and Mohini tells Naveen that she is breaking his and Prerna’s wedding. Nivedita asks Mohini the reason for suddenly calling off the wedding. Mohini explains how Prerna is bad luck to the family. Mohini tells Naveen that she has taken her decision and asks him to choose either her or Prerna. Naveen walks away.  Mohini says that Naveen can never go against her decisions.

Anurag tells Prerna to tell him the truth and he promises to help. Prerna removes her hand and said that she does not want him to interfere in her personal life. Prerna says that she is getting married to Naveen on her own will.