Mohini to ge Komolika and Anurag Hitched? Stay tuned for next episode.

In the latest episode of Kasautii Zindagii Kay, Anurag insists Naveen’s secret girl to come inside but she refuses to go inside the house and says that she will only go if Naveen comes out and takes her inside the house. Anurag agrees and plans to get the whole Basu out of the house so that Naveen’s true face can be revealed in front of the whole family but the secret girl rushes back inside the car and drive away as soon as Anurag starts walking towards the house. Also Read - Sushant Singh Rajput Case: Muzaffarpur Court Orders Salman Khan, Karan Johar And 7 Others to Appear

Meanwhile, Naveen is tensed and thinks that who is trying to get to know his secret. Soon it stuck his mind that Anurag can be the one as he didn’t finish his dinner and rushed back to his room. Naveen then goes to Anurag’s room to search for him and gets tensed again thinking that what if Anurag and the secret girl meet outside the house. Also Read - Kasautii Zindagii Kay Last Episode to Air on October 3, Saath Nibhaana Saathiya Not Replacing The Show 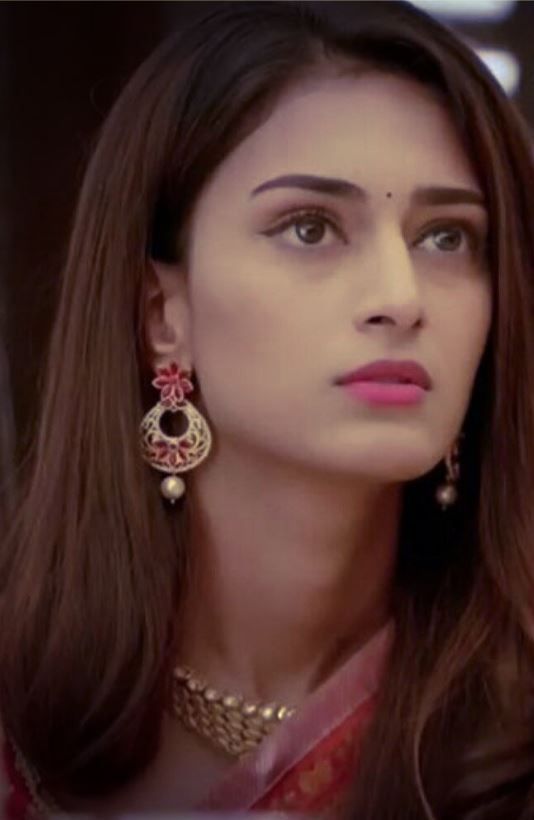 After dinner Prerna offers help to clean up the dinner table but Mohini stops her and says that she is coming to a rich family so keep the plates on the table. This is the job of the servant but Perna says that we ate in these plates and we should pick it up our self. Mohini talks to herself and taunts about middle class values.

Naveen rushes down tensed and see Anurag coming inside the house. They stare at each other and share an awkward silence while challenging each other. Naveen in his mind claim that he will keep Anurag out of his life secret as it is not easy to know his dark secrets meanwhile Anurag in his mind challenges that before the engagement ceremony, he will reveal his truth to the family and will not let Prerna marry the wrong person.

Anurag tells his mother Mohini that he needs to talk to her but not infront of everybody. Just then Naveen pretends that he got sprain in his feet and falls down on the floor. Mohini rushes to her brother to see if he is okay and show care towards him which makes Anurag realise that his mother trusts Naveen blindly and might not believe whatever Anurag wants to tell her.

Mohini goes to Naveen’s room to see if he is feeling better and Naveen portrays that he is very emotional and is scared of losing his sister. Mohini says that she knows that this relation will never be broken at any cost. Mohini further says that during Durga Puja she was hoping to find a girl for Anurag but instead Naveen got his lifetime partner.

Meanwhile, Anurag and Prerna starts romancing in rain and have a moment.

Naveen then pitches to Mohini about Komolika and how she can be a perfect bride for Anurag. Mohini asks Naveen to call Komolika tomorrow for the engagement and if she likes her, she will go further to fix Anurag and Komolika’s marriage.

Stay tuned for the next episode.