In the last episode of Bigg Boss 14, Vikas Gupta made another big revelation about his troubled past to Arshi Khan. He said that he made a mistake by loving his younger brother as he snatched his mother away from him. He said, “Yaha aa ke realise hua ki main maa se bahut pyaar karta hun. Maine apne chote bhai se sabse zyada pyar kiya, waha pe galti hui. Meri maa chheen li, mere papa 30 saal se mere saath nahi the. Sirf baad me aye the, jab ye sab hua, dekhne ki mai zinda hu ya nahi (After coming here, I realised that I love my mother too much. I loved my younger brother the most and that was my fault because he snatched my mother. My dad did not visit me for 30 years and came back only to see if I am alive).”Also Read - BJP Leader Demands Narco Test of Uddhav Thackeray and Sanjay Raut in Sushant Singh Rajput Death Case

Now, his brother Siddharth Gupta took to Instagram stories to share a throwback picture of himself with late actor Sushant Singh Rajput as they chill in the pool. He also wrote a cryptic post, “Miss you Bhai! Give me the strength to fight this lying evil. Give me the strength to maintain my character (sic)!” Also Read - Sara Ali Khan Pens a Heartfelt on Sushant Singh Rajput's Second Death Anniversary - See Instagram Post! 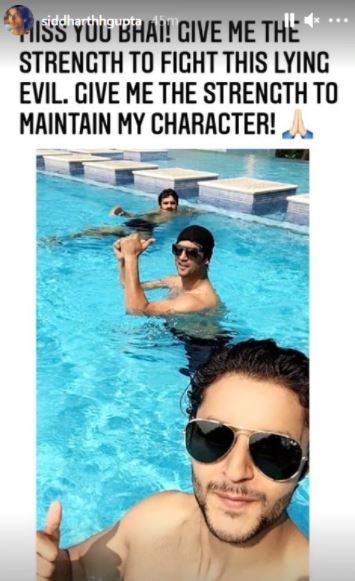 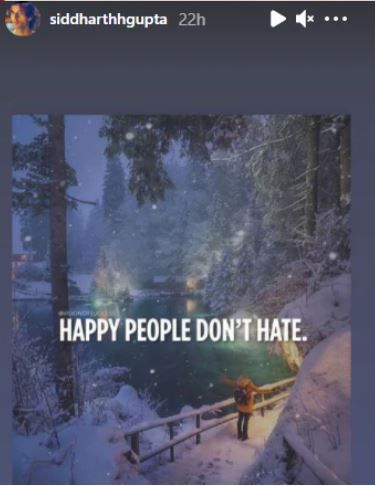 The last post reads, “We cannot control the evil tongues of others; but a good life enables us to disregard them.” 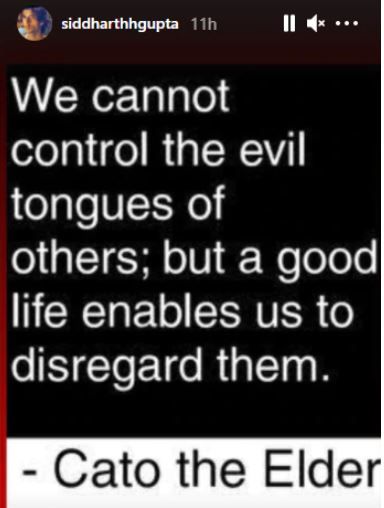 Earlier, Vikas Gupta’s mother Sharda Gupta shared an official statement after he alleged that his family cut-off all the ties with him after he confessed publically that he is bisexual. Her Full statement reads, “To think that we actually distanced our own (son) for his sexual orientation is equal to making a derogatory statement about my family. Yes, my son and I are not on great terms but that has nothing to do with his orientation. We had cut off ties with him much before he decided to come out in public, and we knew and have always loved him and accepted him the way he is. So the news about us distancing him cause of his choices is a complete hoax fabricated to one’s convenience. But sometimes, when you give too much love, you risk being taken for granted. Unfortunately, we distanced ourselves from him but despite that, we maintained silence because unlike him, we didn’t want to paint a bad picture of him in the media.”

“This matter would have never reached this far had my son not decided to cast aspersions against us. We had decided to give him due respect, but he couldn’t allow us our peace, which as a family, is our defeat. This would be my first and the last statement on the same as I don’t intend to carry on with this blame game and I would request everyone to understand and give us the respect and privacy we deserve. Thank you”, it further reads.