'Power' has been made with the intention of offering audiences many films for the price of one ticket. 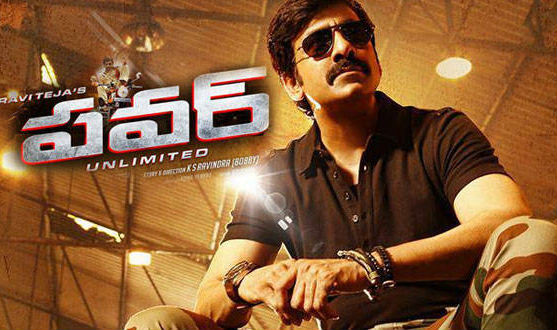 Writer-director K.S. Ravindra aka Bobby, who has earlier penned stories for Ravi Teja‘s successful films such as “Don Seenu” and “Balupu”, conveniently borrows from his own films and a few other popular ones to make “Power”, which by all standards is one of the worst films in the actor Ravi Teja’s career. Also Read - Prakash Raj on Sushant Singh Rajput’s Death: I’ve Lived Through Nepotism But This Child Couldn’t

“Power” has been made with the intention of offering audiences many films for the price of one ticket. People who come out after watching the film, will realise that they’ve watched films such as “Gentleman”, “Vikramarkudu”, “Kick” and “Billa”. But the irony is that the end product is not even half as good as the films it has been inspired from.

If in “Don Seenu”, Ravi’s character aspired to become a don and eventually landed a job with a local don, he wishes to become a police officer in “Power” and achieves his goal by slipping into the shoes of his doppelganger, a corrupt police officer who meets with a fatal accident. At this juncture, you’re also reminded of “Vikramarkudu” and “Billa”, which more or less have a similar storyline.

While in “Kick”, Ravi robs corrupt politicians and businessmen for the greater good, he turns a corrupt policeman for a similar reason. The makers perhaps felt this would leave audiences teary-eyed, but it was outrightly lame.

Bobby also borrows from Shankar’s “Gentleman” when he makes a mother sacrifice her life for her son. He throws in predictable twists too at regular intervals, but these really don’t catch audience off guard. If you’re an intelligent viewer, you can easily guess what’s coming your way.

The excruciatingly painful dance sequence, which was supposed to evoke laughter, in the climax is lifted from “Balupu”.

“Power” is Ravi Teja’s show all the way, but we are otherwise let down by some bad performances even with a talented cast of Sampath and Harish. Brahmanandam and Saptagiri, roped in to provide the laughs, entertain us barely for a few minutes.

Hansika and Regina hardly have any scope for performance. It’s disheartening to see that these young and talented heroines are merely used to up the glamour quotient.

Power shows how lazy Telugu filmmakers who team up with stars have become. A lot of these star-studded films that are lavishly made on a high-budget don’t work anymore because they follow an archaic style of filmmaking. There’s no need to stop making commercial films, which is what the masses still prefer watching, but one should know how to make it differently.

Power is botched up entertainment.