‘The Amazing Spider-Man 2’ Movie Review: Nothing amazing about this Spidey! 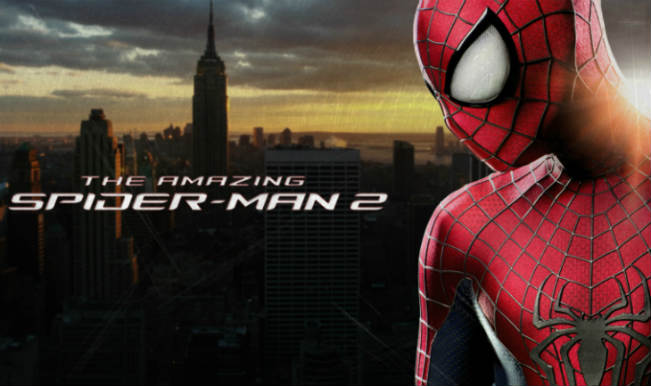 Over the years, the iconic Spider-Man has enthralled millions and with each new edition, be it comics, television series or films, our expectations soar for a fantastic action-packed drama. Also Read - Jamie Foxx Walks Out Of Interview When Asked About Rumoured Girlfriend Katie Holmes; Reveals All About Their Relationship With His Expression

Unfortunately, the much-awaited, Marc Webb’s “The Amazing Spider-Man 2” is a damp squib. Cluttered with numerous sub-plots that lead to textual inconsistency, it offers a bland, insipid and a tangled fare packed with adolescent angst and predictable action. Also Read - Emma Stone is the World’s Highest-Paid Actress: 8 Times the La La Land Star Looked like a Million Dollars!

This film takes off from its prequel, “The Amazing Spider-Man“. It begins with a flash back in a sepia-toned sequence beginning at the OsCorp Industries. The sequence explains the mysterious disappearance and death of the scientist Richard Parker (Cambell Scott) and his wife Mary (Embeth Davidtz).

After establishing this, the film then shifts gear full throttle to a present-day action-packed sequence, where their son, Peter Parker (Andrew Garfield) continues to fight crime as Spider-Man.

Interspersed with; dynamically energetic shots of the web-slinger swinging between skyscrapers and chasing a rogue truck driver with silly tongue-in-cheek wisecracks and more than a few visual gags, the sequence is everything you could want from a Spider-Man movie. If Webb’s entire sequel had operated on that level, it would have been remarkable and a different story to tell.

But instead, in this version, Spider-Man, Peter Parker (Andrew Garfield) is in a soup over the affairs of his heart. He is distraught with pangs about; his relationships with his girlfriend Gwen Stacy (Emma Stone), his best childhood buddy Harry Osbon (Dane DeHaan), his fan Max Dillon (Jamie Foxx) who later transforms in to the villain Electro. He also pines to find the truth about his biological parents.

And in between all this emotional mesh, he gives us a dose of his “Spider-Man” antics.

The lean Andrew Garfield nails Parker’s inherent awkward-yet-earnest goofiness. He is mischievously charming while romancing his real-life girlfriend Emma Stone on screen and at the same time he touches your heart in the powerful scene with Sally Field who plays his Aunt May.

The modestly radiant Emma Stone enthuses subtleness into her character, Gwen Stacy. She brightens the stage when she is with her beau. Similarly, Dane DeHaan stimulates the screen as the young damaged and arrogant billionaire who is defenseless and yet spiteful.

Jamie Foxx, in his one-dimensional avatar is impressionable. But unfortunately his imprint along with all the other the characters in the film have a fluid charm because in the larger scenario, the characters are pretty superficial and are treated just as comic book characters, without depth.

Here, the fault lies not with the actors but with the script delivered by Alex Kurtzman, Roberto Orci and Jeff Pinker. The orphaned sub-plots loosely tie up the story in totality. Unfortunately, no justice is done to extract the optimum out of each of these story lines as well as the characters involved.

The background score and music by Hans Zimmer is lively and invigorating and different from his previous works. The numbers, “I’d love you more than you are gone” along with “It’s On Again” are worth a mention.

Visually, with fine production values, it is a treat to watch cinematographer Daniel Mindel’s work shot on 35 mm film in the anamorphic format. These frames seamlessly merge with the computer generated images and are layered well by Paul Massey and David Giammarco.

The 3D is pretty ineffective in nearly ninety percent of the film. It’s only in a couple of shots when the shrapnel flies in the air that one flinches. Otherwise Spider-Man’s plunges et al work equally well in the 2D version.

Overall, there is nothing amazing in “The Amazing Spider-Man 2′.