When the nation was glued to their television screens watching the 2017 ICC Champions trophy India vs Pakistan match, the cutest mother-son duo Kareena Kapoor Khan and Taimur Ali Khan Pataudi was spotted at Babita’s (Bebo’s mom) residence. Looks like, they preferred to spend family time instead of watching the game. Yesterday, we saw just Taimur with his nanny returning home after spending the noon at his grandma Babita’s place. He looked too cute in his nanny’s arms. But today, both mother and son have decided to spend the evening together at Kareena’s mom’s place. Also Read - Kareena Kapoor Khan Wears an Anita Dongre Kaftan Worth Rs 20,000 at Her Birthday Bash - See Pics

Kareena Kapoor Khan and Taimur Ali Khan were seen twining in white. It was very casual attire that the mother-son duo sported. But the YSL bag that Kareena has carried, would definitely grab all fashionistas eyeballs. The lady is never behind when it comes to sporting fashionable accessories. She carries it in style. But this time we couldn’t get to Taimur’s face clearly. The little chubby pie has become everyone’s favourite. Ever since Taimur was born, he has become an internet sensation. His pictures go viral instantly. Also Read - Kareena Kapoor Khan 40th Birthday: Priyanka Chopra's Wish For Bebo is Full of Kisses, Pouts And Glamour 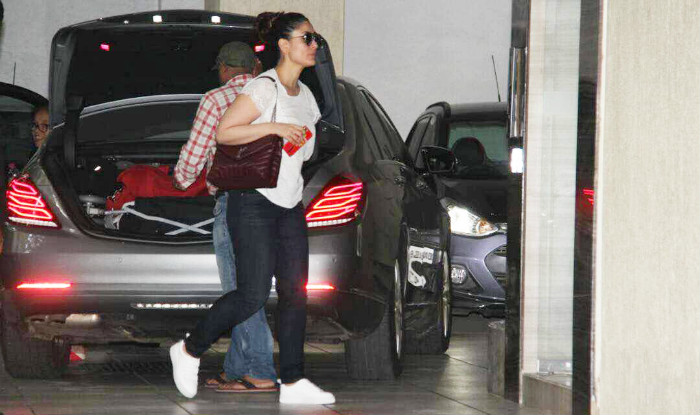 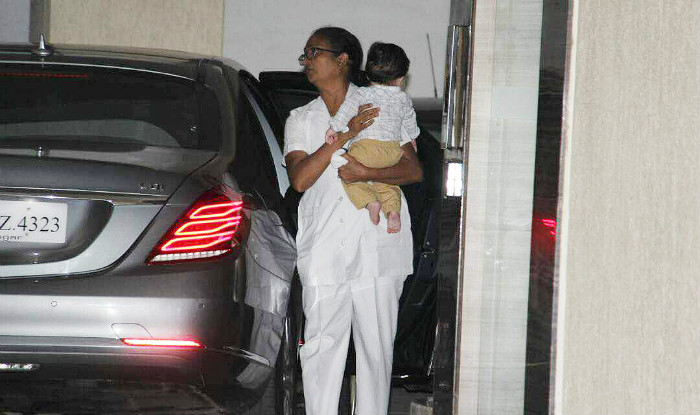 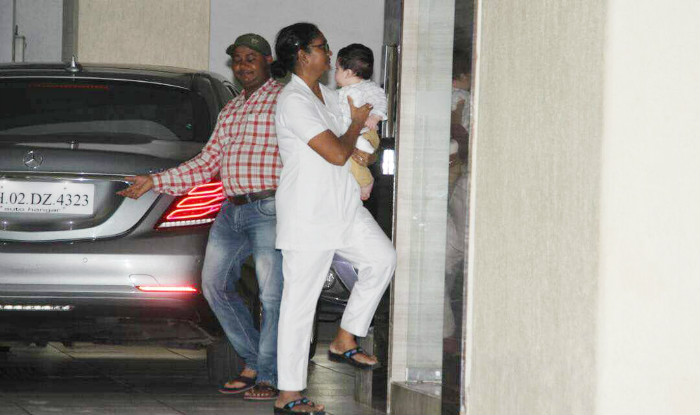 We just can’t wait to see Taimur’s picture with the entire Pataudi and Kapoor khaandaan. We bet he must be pampered big time by the family members being the youngest member in the house. It is also heard that Kareena would be taking Taimur to London and that would be his first international trip. The actress is heading there for work purpose, for an ad campaign. She has been signed by a wrist watch brand as the brand ambassador. It is said that mommy and son would be leaving for London in the last week of this month. (Image Credits – Yogen Shah)