The Fappening: Emma Watson next in the list of nude photos leak?

The Fappening is already viral with the leak of nude photos of popular celebs. 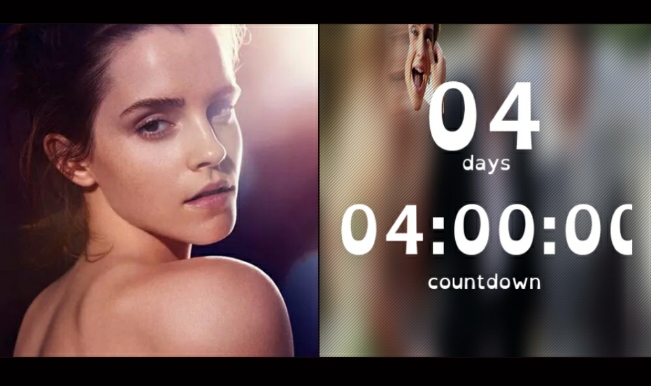 The Fappening is already viral with the leak of nude photos of popular celebs. Hackers claim that they will spread private photos of some 101 renowned celebs. The Fappening has made the scene for two times now. For the third time hackers have threatened the ‘Harry-Potter-Girl’ Emma Watson. They have made a website on which a countdown clock is ticking. The time on the clock shows ‘4 days and some hours remaining’. The website also displays a message in bold letters that says ‘Never forget, biggest to come thus far’. Also Read - Dumbledore's Army Against JK Rowling? After Daniel Radcliffe, Emma Watson-Bonnie Wright-Evanna Lynch 'Disagree' With Harry Potter Writer And Express Love For Transgenders

Some famous actresses like Avril Lavigne, Jessica Alba, Jennifer Lawrence, Kate Upton, Victoria Justice were included in the first installment of the fappening. The second lot consisted of Kaley Cuoco (Penny of Big Bang Theory), Pop star Rihaana and Kim Kardashian. The threatened next-to-be-girl Emma Watson earlier responded to the leak of previous celebs, she tweeted: “Even worse than seeing women’s privacy violated on social media is reading the accompanying comments that show such a lack of empathy.” Also Read - Emma Watson Sets up Helpline for Women Facing Sexual Harassment at Work