The Sairat team, including lead actors Rinku Rajguru and Akash Thosar and director Nagraj Manjule, were seen on The Kapil Sharma Show.

Marathi movie Sairat has been making a lot of buzz at the box office ever since its release over six weeks ago. It is the first Marathi film to have grossed Rs 84 crore at the box office, going on to Rs 100 crore. The songs of the movie by Ajay-Atul are a rage, so is the dance number Zingaat. Everyone, be it kids or elders, is a huge fan of this foot-tapping song from Sairat. And guess which television show the cast of Sairat danced to on Zingaat – The Kapil Sharma Show! (ALSO READ: OMG! Sairat’s Archie & Parshya are not friends anymore) Also Read - Nora Fatehi Joins Guru Randhawa on The Kapil Sharma Show For 'Nach Meri Rani', Looks All Pretty in White 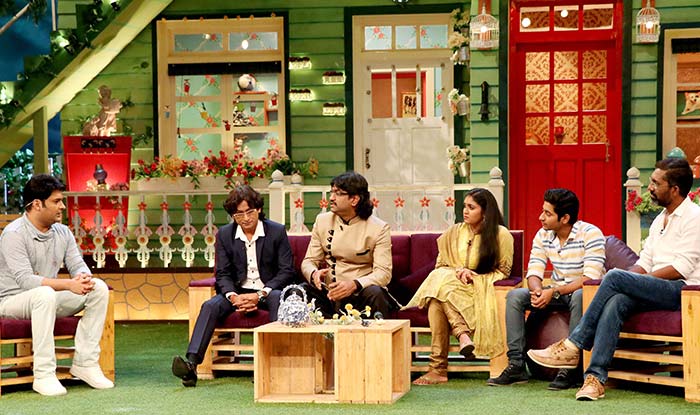 Also Read - Kapil Sharma Abused For Not Posting on Sushant Singh Rajput's Suicide Case, he Hits Back at The Troll

Then, the team broke into a jig on the Zingaat song! Actor Sunil Grover, who plays the funny doctor on the show, was seen enjoying the dance the most along with Akash Thosar. While the boys rocked the dance floor with their signature moves from the film, Rinku and Nagraj were watching them groove. Watch the special dance of Team Sairat on the Zingaat song here!