Kapil Sharma has a pretty hectic schedule for December since it is his wedding month and at the same time, the comedian-actor-producer is returning to television with his famous show The Kapil Sharma Show. Fans cannot wait to see Kapil’s return in the small screen after a long gap. Kapil had gone through a lot mentally and physically in the past few months. He is all good now and is ready to return with a bang. While his wedding will be taking place on December 12, his show will begin on December 23. If you are wondering who will be the first guest on the show then it is none other than the famous Khan, Salman Khan. Also Read - Bigg Boss 14 Update: Prince Narula To Enter Controversial House With Sidharth Shukla, Gauahar Khan, Hina Khan

Yes, you heard that right. The episode, which will be aired on Sony Entertainment Television, will also feature Salman’s brothers Sohail Khan and Arbaaz Khan as well as their father Salim Khan, read a statement. Kapil will be joined by his original gang – Chandan, Kiku Sharda and Sumona Chakravarti. The audience will also get to see comedians Bharti Singh and Krushna Abhishek along with Rochelle Rao. Also Read - Bigg Boss 14 Grand Launch With Salman Khan: Jaan Kumar Sanu Confirmed, COVID-19 Test For Contestants Every Weekend 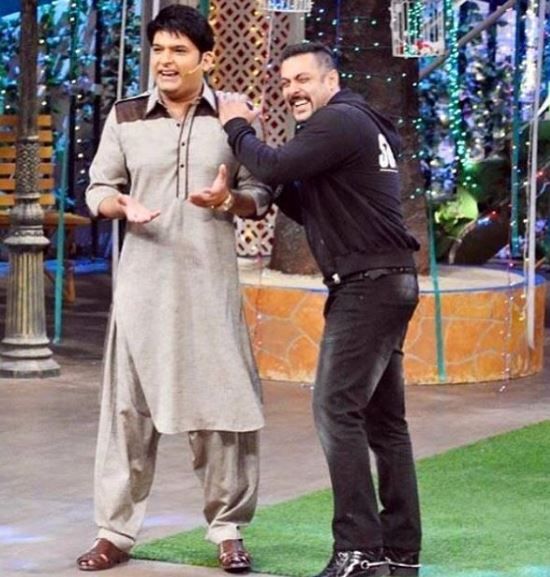 Meanwhile, Kapil is all set to tie the knot with his longtime girlfriend Ginni Chatrath, at her hometown in Jalandhar on December 12. The pre-wedding functions have already begun and pictures of Ginni from the celebrations are flooding the internet. After a series of pictures from her  Akhand Pathceremony went viral on social media, a new set of photos from her bangle ceremony took the internet by storm. Dressed in a striking red embroidered sharara suit for the day, Ginni looked all happy and was glowing. Kapil is expected to join the celebrations right after he is done with his work. The couple has reportedly planned to host a wedding reception in Mumbai on December 24, just a day after his new show premieres on television. Also Read - Salman Khan's Lawyer Denies Actor Having Stake in KWAN Management Agency, Calls Media Reports 'False'